May 18, 2016News
One of East AP and CP Government Teacher Tisha Menchohhofer-Grote's students fills out a voter registration form she got from her classroom.

She made sure everyone at the polling place knew it was her first time voting. Not even the arduously long process of filling out an electronic ballot could dampen her excitement. She was only 18 years old, but she was determined to have her voice heard.

Lakota East senior Molly Sizemore’s enthusiasm for politics is unusual, however. Only 23 percent of 18-29 year olds joined her in voting in the Ohio primary on March 15, according to The Center for Information and Research on Civic Learning and Engagement (CIRCLE).

Though CIRCLE Youth Coordinator and Researcher Abby Kiesa emphasizes that young people turn out at very different rates depending on their race, gender, education, marital status and other demographic factors, total youth voter turnout has been consistently low. For example, in the 2012 general election, 41.2 percent of 18-24 year olds voted, compared to 58 percent of 30-39 year olds and 72 percent of people 65 and older, according to the US Census Bureau.

“I feel like the average kid just feels really uncomfortable,” Sizemore said.  “Like, ‘Oh politics, oh my God.’ They freeze up, like, ‘Can we go back to talking about the weather?’ But I feel like it’s important that we talk about these issues because these are our issues just a few years down the road, and the actions taken now are going to affect us later. It’s important to stay involved and know what’s going on with your world.”

Though youth voting rates for primary elections this year are still low, several states saw turnouts that surpassed record-setting 2008 numbers, according to a CIRCLE report, and many young people have been paying close attention to the 2016 presidential campaign.

Nationally, according to the Pew Research Center, 83 percent of 18-29 year olds have learned about the 2016 election from at least one source of information.  At East, 71 percent of 387 students surveyed reported that they have researched presidential candidates on their own or watched at least some debates.

“I think the level of interest is extremely high,” East CP Government Teacher Peter Maus said.  “[Compared to the last 15 years], this primary process has gotten more conversations within the classroom from a more diverse group of students. In years past, one or two students have been aware and discussed it. Now about half the class is aware of the candidates and the issues.”

Yet of the five states that held primary elections on March 15, Ohio was the only one that had a youth turnout rate lower than that in 2008; Florida, Illinois, Missouri and North Carolina all saw increases.

One reason Ohio’s 23 percent turnout rate did not surpass the 2008 25 percent record may be because of confusion over whether or not 17 year olds who will be 18 by the November general election were able to vote in the presidential primary.

Some 17 year olds who had been planning to vote in the presidential primary were enraged at what they saw as their sudden disenfranchisement. Several of them sued Husted in the Franklin County Court of Common Pleas, and others protested the decision outside Husted’s office on March 11, including East seniors Isaac Mitchell and Mitch Bockhorst.

“Through JSA, [Junior Statesmen of America] there was a protest up in Columbus in front of [Husted’s] office,” Bockhorst said.  “Isaac and I were probably two of the people who came the farthest. There were a lot of people from local Columbus schools and a whole bunch of news stations. It was good to see people who care about politics and kind of break the stereotype of young people not caring.”

The same day as the protest, the judge in the Franklin County case ruled in favor of the 17 year olds, and Husted issued a directive to County Board of Election Members instructing them to count the votes of those who will be 18 by the general election “in the same fashion as voters age 18 and older.”

The decision was released only four days before the primary election, however, and “the confusion over eligibility may have affected the turnout among 17-year-olds,” according to the CIRCLE report.

Several other factors specific to the 2016 presidential race may be affecting youth voter turnout.  Many of the candidates have also been making an effort to reach out to young voters. The Bernie Sanders campaign has been especially successful in doing this; according to a CNN exit poll, 85 percent of 18-24 year olds voted for him in the Democratic Ohio primary.

“It’s clear that the Sanders campaign had a really big outreach program built,” Kiesa told Spark.  “Young people are actually being talked to about issues, about the campaign.  The other piece of it is sort of feeling like you’re a part of something, like you’re part of pushing back on this kind of institutional politics that’s in a rut in Washington, DC.”

Focusing on issues is another aspect of Sanders’ campaign that makes him popular with young people. According to Kiesa, when asked in exit polls “about what mattered more to their vote for president, issues or something about this person’s leadership and experiences, the majority of young people, more than adults, say issues.”

East senior Philipp Corfman, for example, voted for Sanders in the Ohio primary because he feels that the candidate best addresses the three issues about which he’s most concerned.

“My No. 1 issue is climate change, and [Sanders] has the most comprehensive climate change platform,” Corfman said. “Number two would probably be campaign finance, and he’s an incredibly remarkable candidate in that he’s not supported by a super PAC [Political Action Committee]. Number three is foreign policy; he’s the only candidate left who has any kind of sensible foreign policy.”

Another factor that may make candidates like Sanders more appealing to young voters is that they don’t seem like “just another candidate from the establishment,” Ohio State University Emeritus Professor of Political Science Herbert Weisberg told Spark.

Such candidates, according to Weisberg, have included Robert Kennedy in 1968 and, more recently, Barack Obama in 2008. Obama’s campaign was particularly successful in gaining the support of young voters. According to a Pew Research Center report, 66 percent of 18-29 year olds voted for him in 2008, compared to 53 percent of total voters.

“For 66 or 60 percent of people to vote one way is unusual,” Weisberg said. “It happens occasionally, but usually people stay with their party for a while, so it could have long-term effects.  The other time it happened actually was when Ronald Reagan ran.  Young people really went to him more than you might expect, and you could see that cohort continue to vote more Republican through the years.”

Young voters’ strong support for Obama and Sanders’ appeal may indicate “a realignment of the country more to a Democratic direction,” according to Weisberg, and many people today see young people as overwhelmingly liberal. 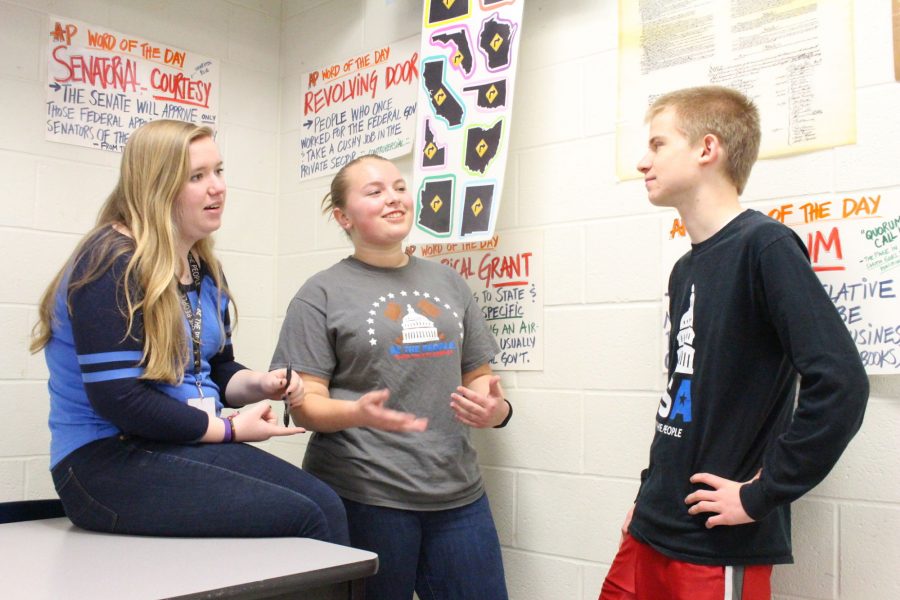 Kiesa, however, emphasizes that young voters are a diverse group that can’t be accurately described with any single label. According to her, how successful a candidate is with young people depends on “what contest you’re talking about, and what their campaigns have done to reach out to young people, and what issues those campaigns are talking about,” not just ideology.

Kiesa has seen “a good deal more interest from the Republican party in reaching out to youth,”  reflecting how many conservative young people there are with whom to engage. Ohio governor John Kasich’s 2016 presidential campaign, for example, created the Young People for Kasich coalition to help get young voters involved in the campaign.

“The Millennials really do have the potential to swing this election, even in the remaining primaries,” Young People for Kasich National Chair Gregory Caruso told Spark. “We’re just at the very beginning, at least for me, in getting very involved in the campaign and on the trail. But if we can start organizing a group of people and getting the word out there through social media, Kasich can be the most attractive conservative candidate for young people.”

No other campaign representatives responded to requests for comment about their strategies to engage young voters.

In addition to candidates’ campaigns reaching out to them, young people may also become more likely to vote if they are engaged in politics as high schoolers.

“[One change could] be making it easier for people to start voting in high school,” Weisberg said.  “If you make voting a habit, then people would be more likely to stay with that habit. So the more that one can start getting young people voting, as soon as they turn 18 or as we’re seeing this year in Ohio a little before that, that might be something they’re going to stay with as they get older and become young voters.”

Some reformers working to raise youth turnout rates by engaging high schoolers have gone as far as suggesting that the voting age be lowered to 16; other proposals have included involving young people in politics as poll workers or with mock elections and including more civics education in social studies curricula.

“What is in a civics or government curriculum really matters,” Kiesa said. “Research indicates that there’s some curricular pieces that can lead to positive behaviors in the future, like actually casting a ballot or registering to vote.”

East AP and CP Government Teacher Tisha Menchhofer-Grote has discussed voting and political participation with her students and encourages them to get involved.  This year, she’s helped 25-40 students register to vote, she estimates, including East junior Payton Souders.

“Getting registration forms from [Menchhofer-Grote] and having her send them out for us was really helpful,” Souders, who voted in the Ohio primary, said.  “I thought I might as well [register] if it’s this easy. Taking this AP government class has helped me know and realize how important it is for everybody to get involved. Democracy doesn’t work without the say of the people, and considering I am one of the people, it’s good to have a say.”

Yet not all students get the same amount of civic education. According to data from CIRCLE, states vary in whether or not they test students on social studies or civics and in how many years of social studies they require for graduation.

“Some young people have had a class in high school where a teacher brings elections and voting into the curriculum,” Kiesa said, “and some teachers will teach about how to cast a ballot and register to vote, but not all young people are exposed to that kind of curricular influence.”

If all teachers did educate their students about voting, however, they could be able to “reach a broad cross-section of young people,” according to Kiesa, and close the turnout gaps between some groups of young voters.

A CIRCLE survey found that 60.2 percent of young people who remembered learning about voting in a high school class turned out to vote in the 2012 election, compared to 43 percent of those who don’t remember receiving any such education.

Sizemore, for example, remembers “being inspired” to vote by one of her high school teachers and that, in addition to her longstanding fascination with politics and the lasting impressions an eighth grade trip to Washington, D.C. left on her, has made her determined to continue voting in the future.

“Heck yeah I’m going to vote again,” Sizemore said. “This is just the beginning of a long line of voting. I feel like it’s important that I should vote. Don’t complain about the president or any politicians if you didn’t vote yourself because you had the opportunity to change that and you didn’t take that opportunity. You’re given these rights in the constitution. If you’re not going to exercise them, that’s just your fault. I think that’s dumb.”