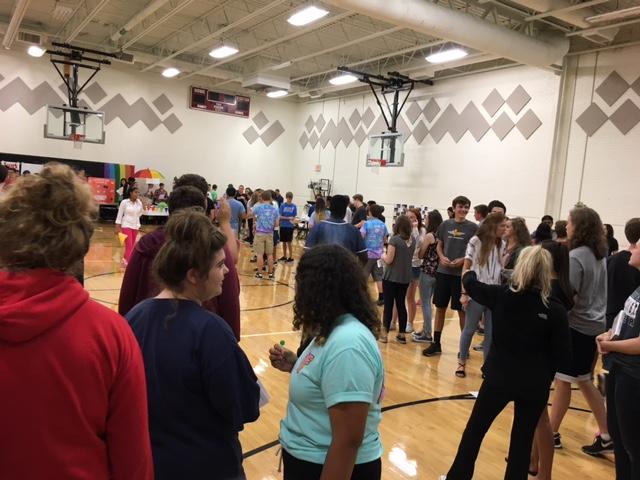 East sophomore Anna Schambow was one of the many students that walked around the fair. Out of all the different clubs, a few stuck out to her. 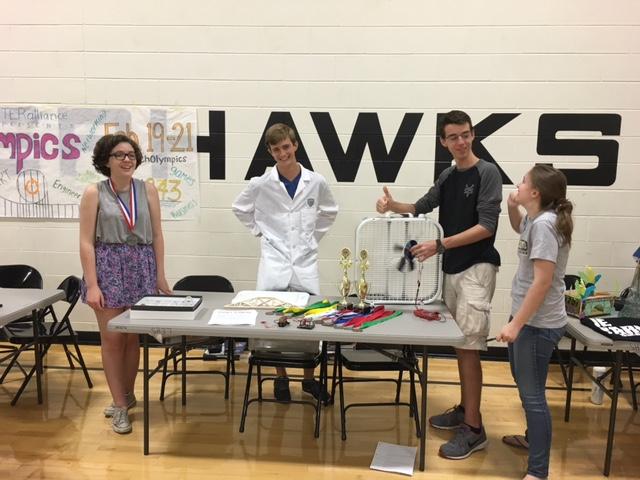 Senior members of the East Science Olympiad team display their medals and trophies at the East Club Fair.

“Our club mission statement is to improve our school and improve our natural world,” Kaur said.  “By kids taking a little time out of their day, and learning some simple skills, we can truly make a difference.” 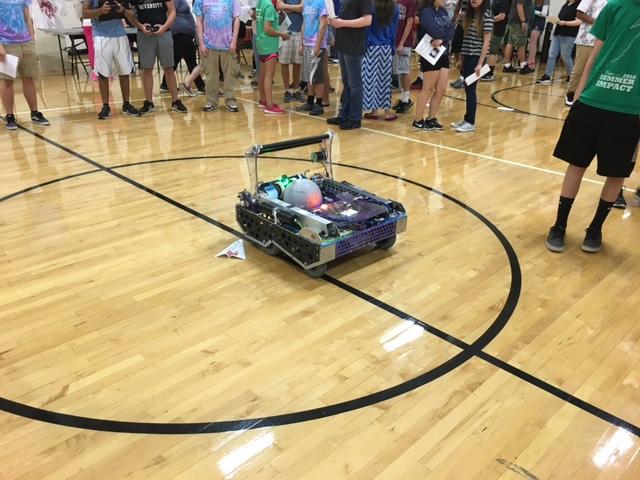 Members of the East Robotics team manuevered one of their creations around the fair.

From helping the community, to expressing creativity the Spoken Word Club has allowed students to express their talent on stage since 2014. Spoken Word Club President and East senior Bemni Amsalu says she thinks the club fair will help incoming students learn about, and hopefully join, the club.

“My favorite part [of Spoken Word Club] is just seeing how talented people are when they don’t even know it.” Amsalu said. “It’s nice to see first timers just blossom on stage and it’s a great way to build confidence while seeing other people’s perspectives on life.”