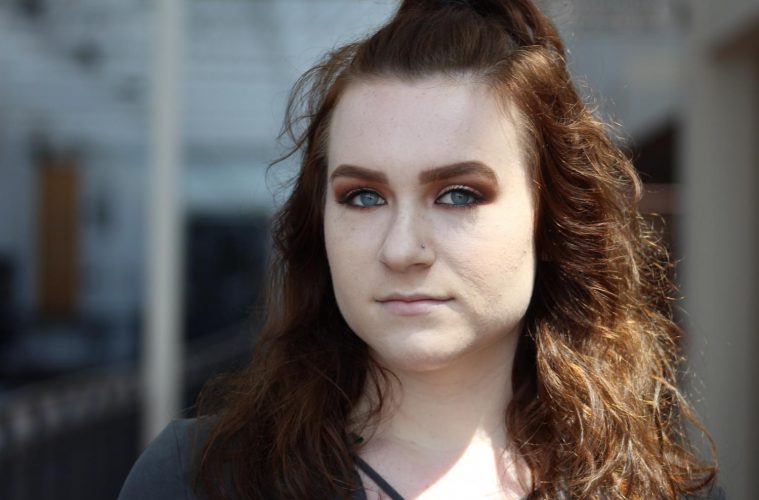 It’s Friday night, around dinner time. Hungry guests are stalking their way through the front doors of Brio Tuscan Grille, like a pack of lions hunting their evening meal. They pad up to the hostess stand, as the young hostess standing behind it greets them with a smile. Looking at her, one would think she was an ordinary girl, just earning some extra money.

But underneath, her stomach was growling with hunger, loud, like the lions. “Good. I’m doing a good job,” she thought proudly as she leads the guests to their table, pushing the growing hunger to the back of her mind. Soon enough, her shift ends and she drives home, her personal fuel tank on empty. Diving into bed she reviews what she ate throughout the day; a cup of fruit, and that’s all.

For East senior Sami Barbro, these days were typical, since she has been battling an eating disorder since the end of her sophomore year.

“I have always been a bit larger my whole life,” says Barbro. “I think I was just insecure. I always had friends that were super skinny and pretty. I’m not one to seek attention from anyone but I never really got it, so I think the best way I thought I could get it was to make myself more attractive. I decided that the biggest step was losing weight.”

According to the Mayo Clinic website, eating disorders are serious conditions related to “persistent eating behaviors that negatively impact your health, emotions, and your ability to function in important areas of life.”

Most eating disorders develop in teen and young adult years, although they can still occur in other ages. Barbro’s developed her own in May 2016. Looking back on it, Barbro thought she really didn’t have a problem at the time. She had lost 50 pounds, without exercising. Yet, she was never medically diagnosed with an eating disorder.

“I always thought it was anorexia, because I never threw up or anything like that, but I would just starve myself,” says Barbro. “I never got to the point where I was underweight, which is technically the qualification for it. If it had to be something, it would be bulimia. I would binge eat and then I would go a week with barely eating anything. When I did eat, I would eat one thing a day and it would be around 200 calories.”

Barbro says that people started to notice her changes throughout the summer and into the following school year. By fall 2016, she had lost 20 pounds. When she worked on the weekends she would use that as an excuse not to eat due to a “lack of time”.

“At work if I was hungry, I would drink soda and say those were my calories for the day,” says Barbro, whos been working at Brio for two years. “Then I wouldn’t eat after that. Obviously you can’t starve yourself completely or else you’ll die. I trained myself to feel hungry and be ok with it. I can say for one thing, every time I felt hungry or everytime my stomach growled, I felt like I was doing a good job, I saw it as a sign of success. If I wasn’t hungry I felt like I was fat. If I felt actual hunger pains I would applaud myself.” 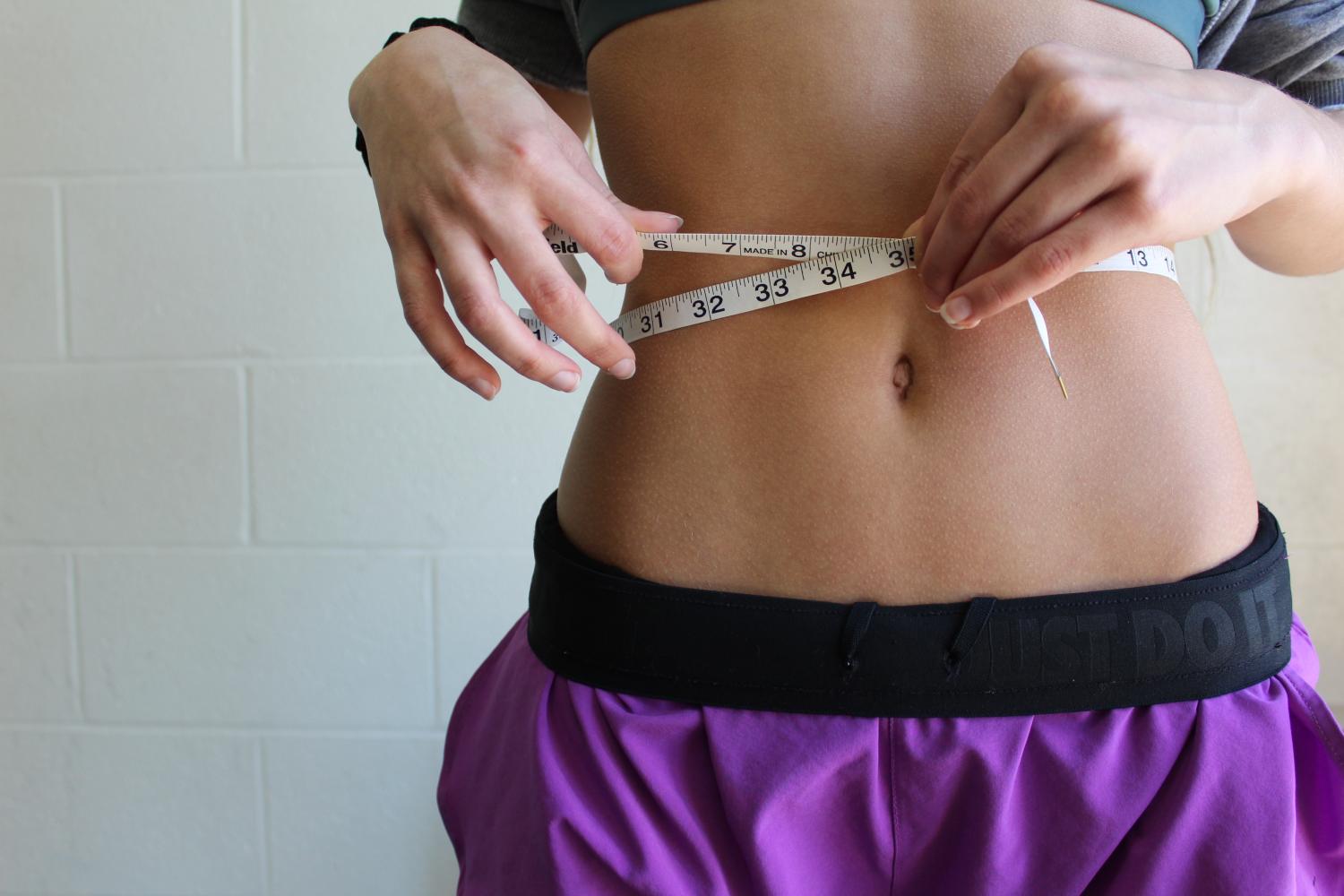 East freshman Alex Barbro, Barbro’s sister, thinks of her as caring, considerate person, who tries to be the best she can be. She remembers when changes from the lack of nutrition started to show as she “would tell me how she was losing weight, like ‘oh I lost 10 lbs,’” says Alex. “[At] probably around 20 lbs [lost,] I noticed her face get really skinny. The biggest thing i remember was she had this extreme jaw line. Her jaw was very exact.”

As Sami lost more weight, more confidence was gained. Throughout the battle, Alex recalls Sami becoming an open, more confident person. Sami credits this to receiving attention from people who wouldn’t otherwise give it to her.

One of Sami’s friends and East senior Alexis Heggood, wasn’t a good friends with Sami when she first developed her eating disorder. However, towards the end of it, Heggood was Sami’s shoulder to lean on.

“Definitely at the beginning of our friendship I wouldn’t have said anything mean or accused her something that she had,” says Heggood. “But if it was now I would because I feel like I have more authority to do so. She’s very closed off, I would try not to pressure her. I would be there for her to make things a little bit better. I feel like she’s gotten better. She’s always going to have that thing in the back of her mind.”

Now, Sami’s eating disorder is mostly gone, and she is working hard to gain back the weight that she has lost. She says that “[eating disorders] are definitely the worst thing you can do to your body.”

“It destroyed my hair. It used to be thick and long, but once I started [not eating] it got super thin and would fall out. It’s horrible for your skin. It takes away more of your muscle than it does at your fat,” says Sami. “My legs used to be super muscular but now they are mostly fat since the muscle was eaten away. It’s not worth the toll that it takes on your body.”

“[The] initial appointment is with an adolescent medicine physician who does an evaluation to determine if you have an eating disorder and what level of care you need [between] hospitalization or outpatient treatment,” says Mitan, who has been the director of the program since 2008. “Then patients are seen in various future appointments by other team members—therapist, psychologist, dietitian, nurse care manager and some patients also need to see our psychiatrist.”

Mitan explains behaviors that a patient might exhibit before being placed into the program. Some of the symptoms include significant weight loss, overweight and losing weight too quickly or through unhealthy methods and other signs too.

“Not all of these symptoms prove it is an eating disorder, which is the point of the initial evaluation,” says Mitan. “It may be just severe depression, obsessive compulsive disorder, substance abuse or even a different physical illness like a brain tumor.”

For Sami, it took about six months before people knew and acknowledged her eating disorder. Her parents were the first to catch on but her friends weren’t around enough for them to notice it.

Associate Director of the Eating Disorders Program at CCH Abigail Matthews believes that the eating disorder program can help all different cases—inpatient care is provided for patients who are medically unstable due to complications with their eating disorder or malnutrition.

“Some complications include bradycardia, low heart rate, or electrolyte imbalances.  When people are malnourished, there’s also a high risk for something called refeeding syndrome, which can lead to cardiac arrhythmias and death—which is why they need to be hospitalized,” says Matthews. “Inpatients stay in the hospital until they become medically stable. The main focus is medical treatment, but they receive some therapy, mainly family-based. Outpatient therapy is provided when patients are medically stable. The typical course of treatment is about 20 weeks before recovery is achieved.”

Clinical Psychologist Claire Aarnio-Peterson, has been with the Eating disorders program at children’s since 2014. Along with helping with therapy, she also conducts research with patients to see if treatment interventions are working. Since every person’s case is different, she explains how an Eating disorder could be developed.

“A lot of times with physiological conditions we talk about genes and environment,” says Aarnio-Peterson. “The biggest reason why someone develops an eating disorder is their biology. Eatings disorders are highly heritable. Girls often times hear a message about being thin. Some can shake it off and say that’s not realistic, but if you buy into it, that puts you at risk because now you believe ‘I’ll be more successful, I’ll be better likes.’ Dieting is also a huge risk factor.”

“The average age of onset for anorexia is about 14,” says Aarnio-Peterson. “Its thought that puberty activates those genes. If someone is genetically loaded to develop an eating disorder, puberty is a big time of risk. Lots of things are happening in the body. Not to mention all the social effects such as peers dieting and talking about thinness. Plus teenage girls in puberty gain weight and that can prompt weight concerns, but it is normal to gain weight.”

Along with Sami, East junior Tori Frank went through something similar in her own struggle with an eating disorder.

“The habits I was getting into were unhealthy, I was eating so much food at night and not eating throughout the day,” says Frank. “I wouldn’t eat lunch. Or I would eat a huge breakfast and I wouldn’t eat anything else. I would eat a protein bar before volleyball practice just to get by but then I would come home and not eat any dinner.

One of the biggest excuses Frank used for not eating during the day was her recent diagnosis for Attention Deficit Disorder (ADD). Her prescribed medication vyvanse, has many side effects including lack of appetite. She would go for long periods of time without eating. Due to this she would get hungry and “binge” on whatever she wanted.

“I think it’s the binge eating (disorder) because dont eat for a long period of time and then I would crash on all this junk food,” says Frank, who plays beach volleyball. “Or I would try and go workout a bunch, and do an unreasonable amount of reps. At one point I just wanted my stomach to be flat because with beach volleyball we’re always in our bikinis. The girls you want to be just like are the tall, super skinny ones.”

Frank went to a nutritionist when she started having problems in her beach volleyball performance. Her nutritionist told her that she was not eating enough food, and gave her different recipes to try.

One of the hardest parts of eating disorders are trying to manage them on their own, Aarnio-Peterson explains. Their biggest thing is trying to get the patient to get help. Early intervention is is really important, the sooner a patient gets help, the sooner they will be well again.

“When you start seeing signs of an eating disorder, start talking to them,” says Aarnio-Peterson. “I’ve even had kids where they noticed they were worried about a friend and that’s how the kid got help. You guys are a huge resource for us. That kid might have waited six more months to get help, the longer it goes on the harder is it to treat. It’s never too soon. You cannot tell by looking at someone if they have an eating disorder.”

Eating disorders are serious health concerns,that can often lead to death and they should not be taken lightly. Mitan believes that these disorders are just as deadly as other disorders as they are mental health illnesses.

“No one causes them, no one asks to get one, and it is important to realize that they can lead to death if untreated. Statistically, more patients with anorexia will die from their illness than those with depression will die from theirs,” says Mitan. “The best chance of full recovery is if professional care is sought quickly. The longer you have the illness, the harder it is to treat.  There are many places you can get help. Start by talking to a trusted adult such as your parent/guardian, school counselor or your primary care physician.”