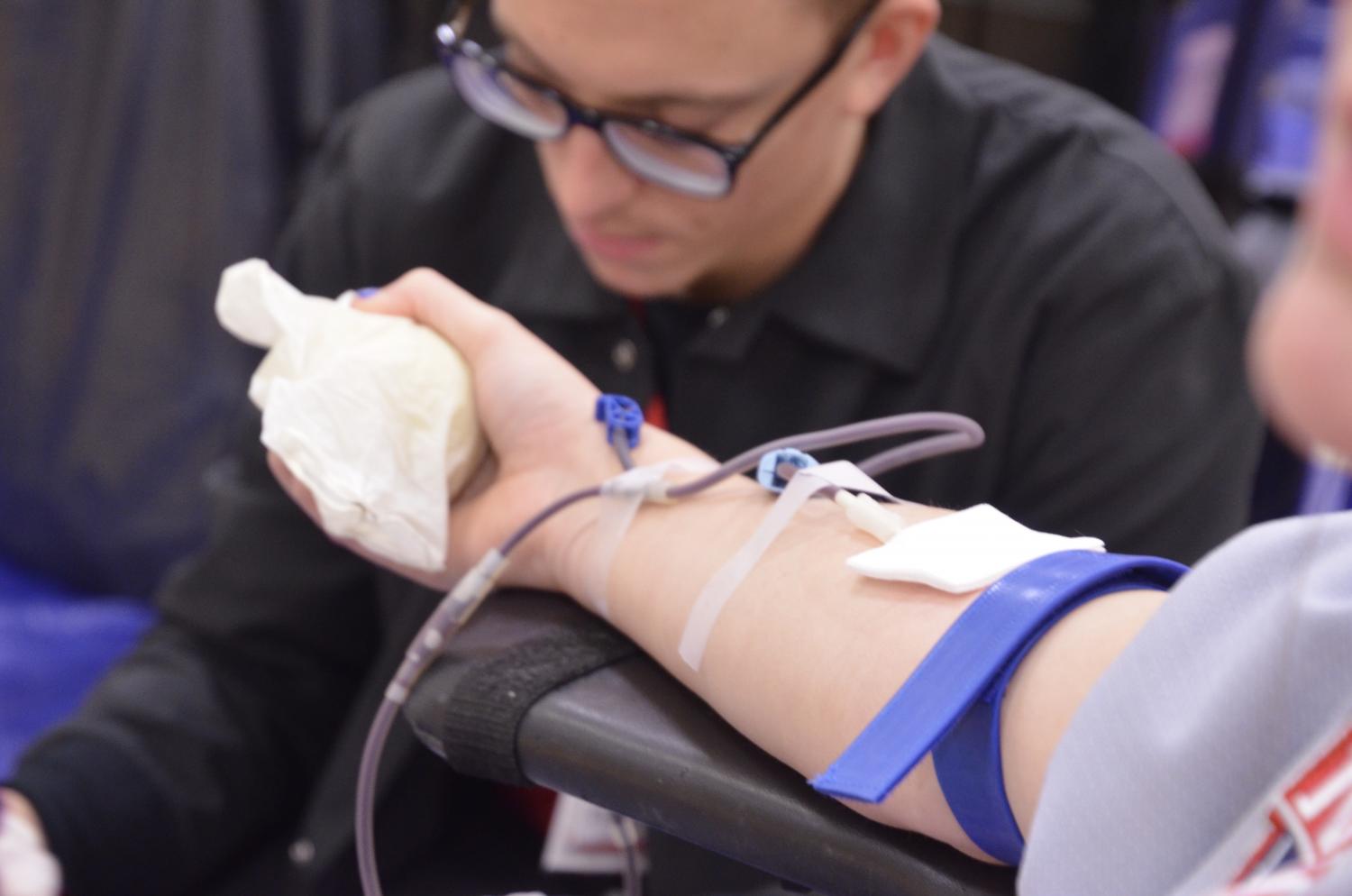 Giving Blood to Give Life

Lakota East Med Club hosted their third annual Hoxworth Blood Drive on Wednesday, Dec. 11. Around 100 students donated blood over the course of the day in East’s auxiliary gym, giving an accessible outlet for students to positively impact the community.

“We coordinate with [Hoxworth Blood Center] and help them set up,” Sennoun said.  “We act like their bridgeway to East.”

Students like East senior Liz Jantausch were able to sign up for a time to donate in the days leading up to the event during their lunch period or online. After seeing firsthand the impact giving blood can have, Jantausch was eager to have the opportunity to donate for the second year in a row.

“[My grandma] had a massive tumor the size of a grapefruit and her kidneys were failing,” Jantausch said.  “I was just grateful for the people who were able to help her out and give blood.”

According to Hoxworth Blood Center, someone in the Tri-State area needs blood every five minutes. That adds up to at least 300 units of blood and 40 units of apheresis platelets per day, meaning there is always a need for blood drives.

“I just like to make an impact,” Jantausch said. “I feel like this is a small way to do that.”

East senior Maggie McMullan was a first-time donor who was encouraged to donate by her friends. McMullan said she knows that blood is always needed, and a large school like East can help fulfill that need.

“This is the first year I heard about [the blood drive] before the day it was happening,”  McMullen said. “Anything that I can do to help other people, I want to do it.”

Chris McGee, who works for the company that makes the double red cell collection equipment used at the event, attended to ensure the equipment was being utilized to collect as many red blood cells as possible. In working alongside the students, McGee has seen some issues that develop in hosting a blood drive in a high school setting.

“A lot of students get themselves worked up,”  McGee said. “Then a lack of food in their belly makes them feel a little puny when they’re donating.”

Although lack of a hearty breakfast and excessive nerves can make the process difficult, Sennoun believes there’s an importance in getting students to donate while still in high school.

“[The blood drive] will encourage people to donate later in life,” Sennoun said. “Spreading the awareness of donating impacts the community in a future sense.”