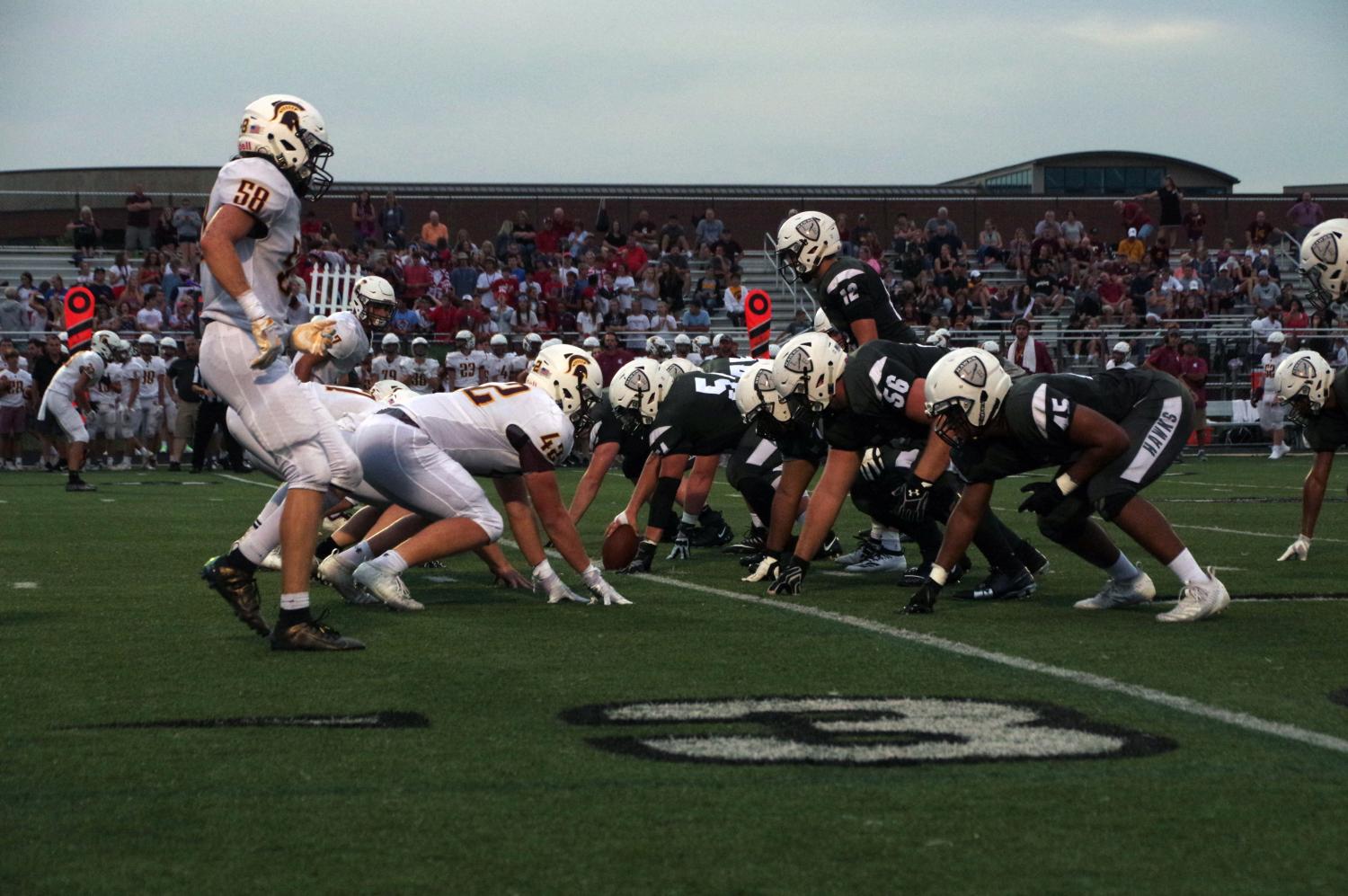 The Lakota East Thunderhawks face off against the Turpin Spartans.

The Thunderhawk’s first game of the 2019 season against Turpin ended in defeat Friday, 21-35. 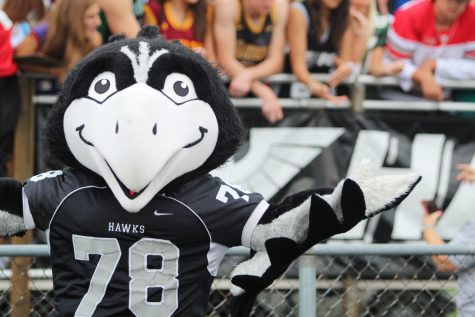 The Thunderhawk welcomes visitors to the field. 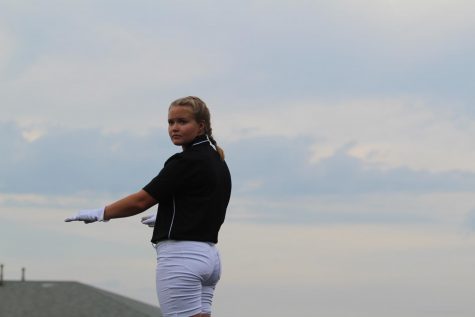 East senior Olivia Dodson directs the marching band during the national anthem at the start of the game. 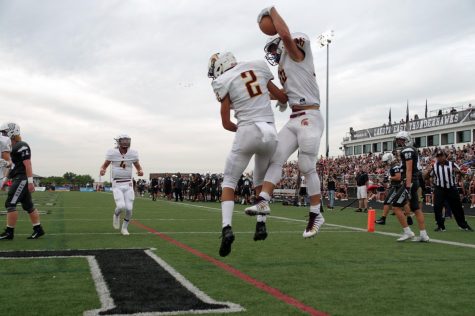 Junior Logan Hurley (2) and Senior Reece Evans (16) celebrate the Spartan’s first touchdown of the game a few minutes into the first quarter. 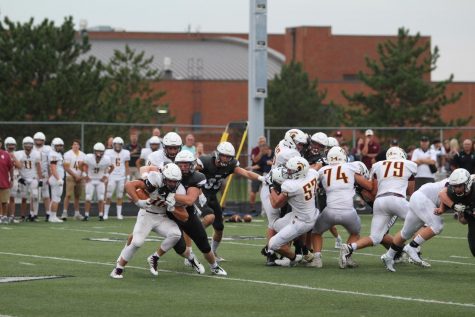 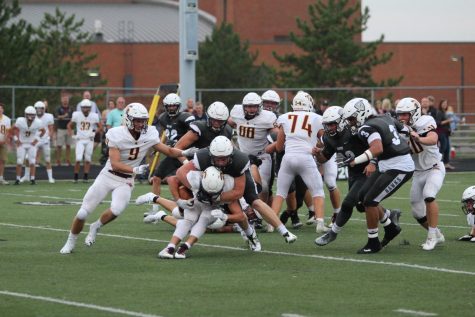 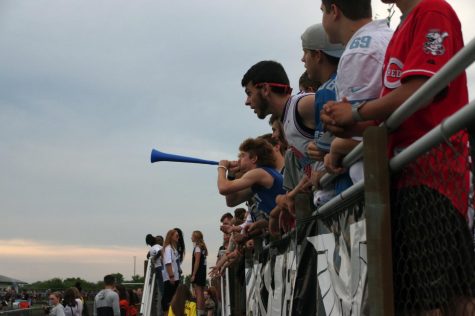 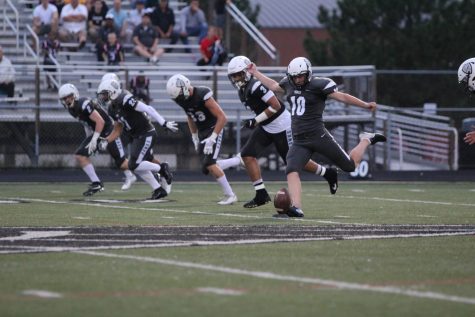 Punter Gavin Myers (10) delivers the ball to Turpin on the Hawk’s fourth down. 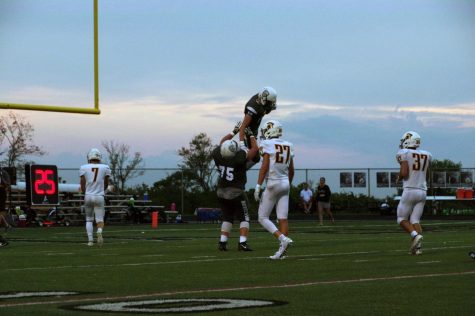 Wright End John Scott (19) celebrates the Hawk’s second touchdown of the game, putting the score at 14-21 just before the half. 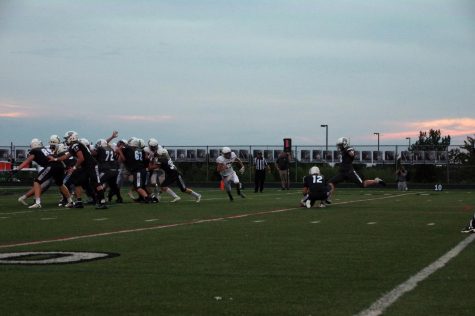 Senior Mark Krajewski (12) holds the ball for Kicker Gavin Myers (10) as he makes the extra point. 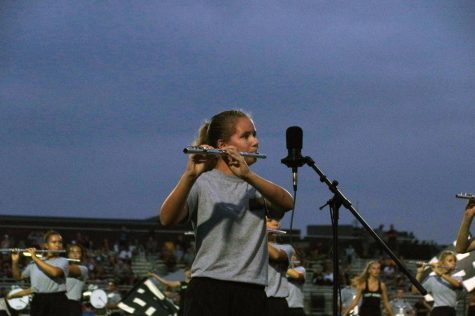 Senior Hanna Everding solos during the marching band’s performance of their 2019 show ‘To the Heavens’ during halftime. 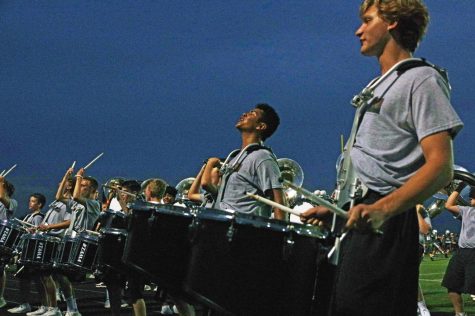 East Senior Victor De La Cruz grins as the student section chants his name during a rendition of the fight song. 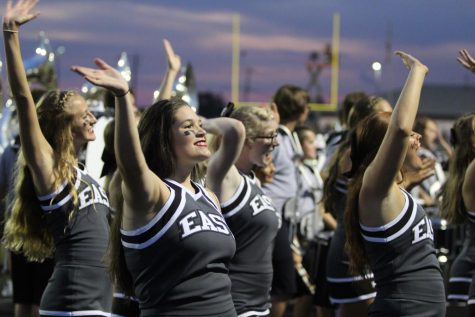 East cheerleaders pep up the crowd after East ties the score 21-21 in the third quarter.