Culture Editor Andie Madding reviews the new spin on a favorite book of many, "One of Us is Lying," which attempts to execute the intense ideas of author Karen M. McManus. 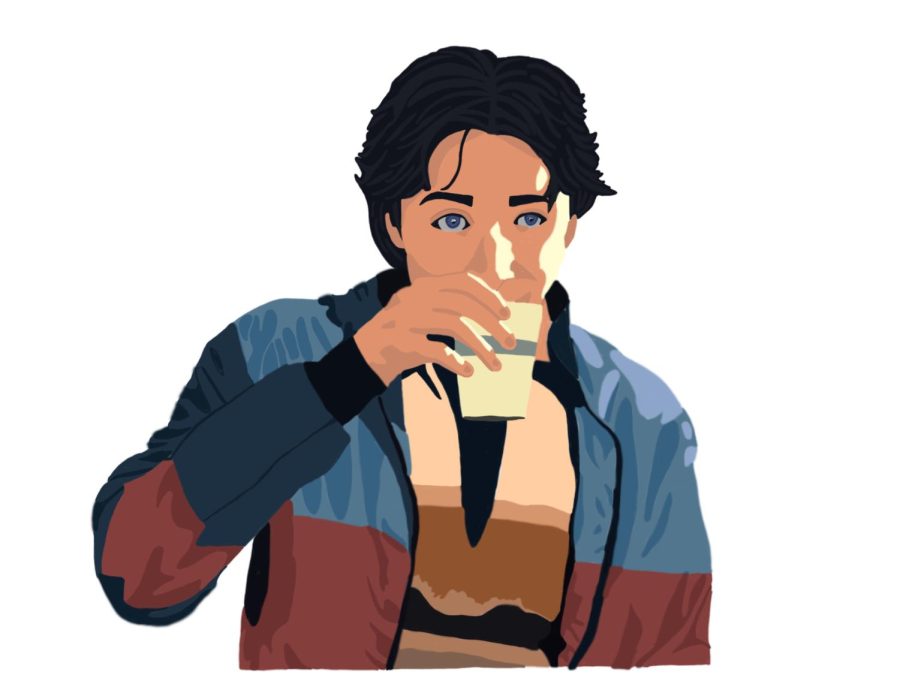 REVIEW AND ART ANDIE MADDING
For  four of Bayview High’s students, detention takes a sinister turn when classmate and school gossip, Simon, dies from a fatal allergy, leaving only the four students as possible suspects. Based on the book written in 2017 by Karen M. McManus, the recent TV series, “One of Us is Lying,” has attracted attention from teens across the country with a rating of 6.8 of 10 on IMDb. Released in October 2021 on Peacock TV, the show tells the story of four students suspected for the murder of one of their own classmates and the action that unfolds over the span of the subsequent weeks.

The four suspects fall under the classic stereotypes of modern-day high school. This includes Cooper the jock, who is played by Chibuikem Uche. Cooper is well-known within the school and one of the best baseball players around. One of his friends, Addy, is the popular girl with a seemingly perfect life who is portrayed by Annalisa Cochrane. Joining the group is Marianly Tejada playing Bronwyn, the brainiac who plans to go to Yale. Finally Cooper van Grootel is casted as Nate the bad-boy with a troubled past. Their intense character development in the face of their unveiled secrets allows them to seem relatable and more authentic as the story progresses.

Each of these actors are new faces in the industry and are able to do well with lead roles. The show was created by Erica Saleh and directed by a team of four people that were able to make the transition between episodes seamless.

The pacing of the show is on-point and never lets the plot drag out. There are eight episodes that are around 45 minutes long and contain fulfilling cliff-hangers that persuade the viewer to continue watching. The flashbacks are well done and clearly explain the background behind some of the characters, including Simon who was the victim. Each plot-twist is unexpected and adds a lot of depth to the story.

Unfortunately, the acting falls short throughout the series. The writing and delivery of the lines fall flat and are occasionally unauthentic. Like many depictions of teenagers in cinema, it seems as if the actors and writers are trying too hard to connect to a younger audience. Much of the slang and dialogue comes off as cheesy and forced, and is disappointing. Many of the actors’ ages range from 25-29 and they seem much too old to be playing these roles. It is hard to relate to them and understand their emotions when they look and act like adults.

While the choppy dialogue and aged actors fail, the costumes are perfect representations of teenagers today. Each outfit could have been plucked from the hallways of any high school, and most of the music is straight out of the AirPods of a teen. Featuring artists such as Olivia Rodrigo, Harry Styles, and Lil Nas X, the soundtrack is mainstream, but much better than most TV shows today. The costumes can be credited to Jaindra Watson and Kimberly A. Tillman, and the music selection to Ian Hultquist.

Even with the show’s disappointing writing, it is still able to maintain overall interest and action within the story, using flashbacks and well-developed characters. The accumulating suspense that eventually overflows at the end is well thought-out and developed nicely, and the music and wardrobe racked up a few brownie points. Altogether this show was worth the binge watch.