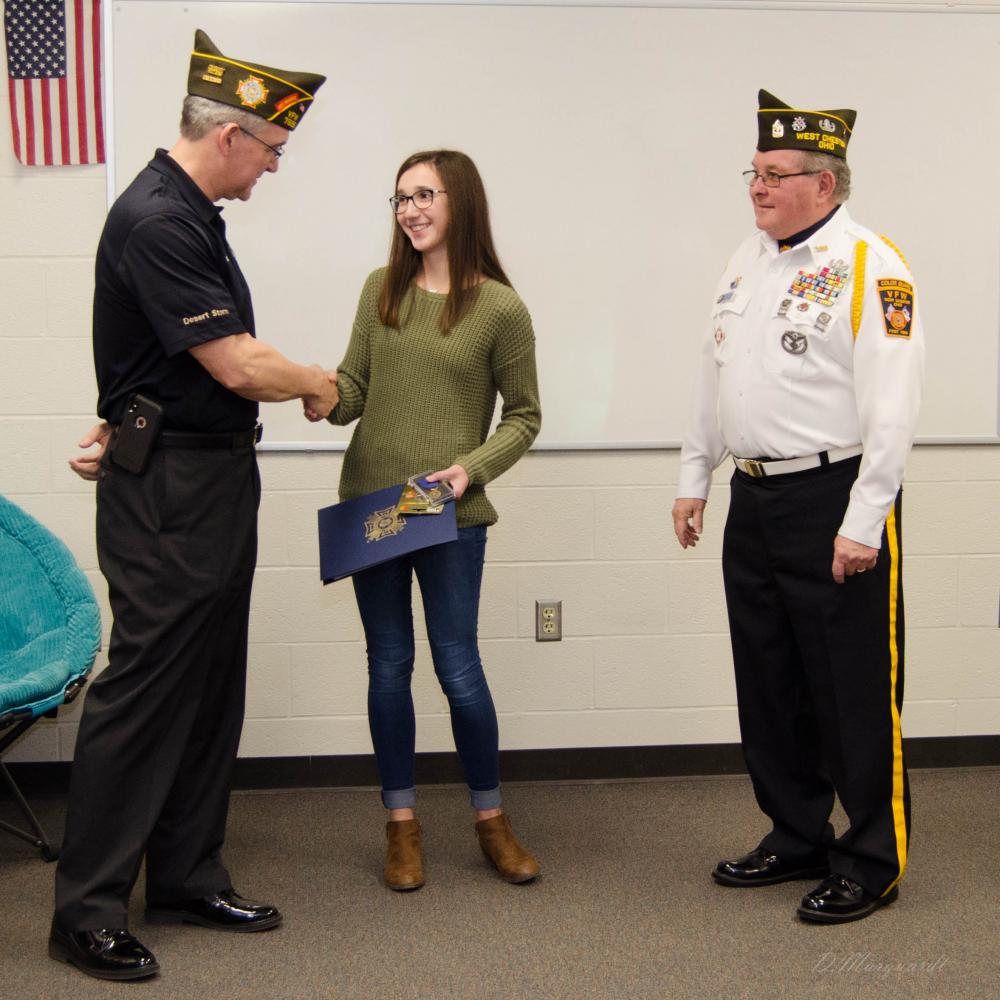 One Vote Can Change America

This essay was submitted to the Voice of Democracy Patriotic audio essay competition under the “Why My Vote Matters” prompt. Anderson won the district level and was awarded $100 and a gold medal.

He had fair skin and hair, light blue eyes and stood just under six feet tall. His Yale classmates said he was gentle, kind, athletic, intelligent, and a pleasure to be around. No one would have suspected that he would die in a death reserved only for the most despicable criminals. It was 1774 when Nathan Hale decided to join his local militia and not long after that when he became the highest rank of any new recruit, first sergeant. It could not have surprised anyone, when two years later, Hale became a captain in the new 19 regiment.

Around that time, Washington was in dire need of a spy. Even though it was considered a demeaning, dishonest action unworthy of a gentleman, Hale stepped up, becoming one of the first known American spies of the Revolutionary War. He was captured on Sept.  21, 1776, crossing back into American territory. We don’t know exactly what happened after that gloomy day, but when asked for any last words, Hale replied, “I only regret that I have but one life to give for my country.” Nathan Hale fought and died so you could have a voice in government.

The fact that only 58 percent of eligible voters cast a ballot in the 2016 presidential election would disappoint Hale and many of the servicemen and women that continue to serve our country today. I’m here to tell that 42 percent that their vote does matter and they should proudly wear their “I voted” stickers in the next election.

Many people argue that one vote cannot possibly make a difference. It’s just one droplet of water in a 235 million gallon bucket. However, history tells a different story. One vote elected Thomas Jefferson as president. One vote saved President Andrew Johnson from impeachment. One vote gave statehood to Texas, California, Oregon, Washington, and Idaho. And one vote gave women the right to vote. Imagine being that one voter—that one person that changed America as we knew it. They knew just how important their vote was.

Although cases like these can happen, they are rare. However, if one person thinks that their vote doesn’t matter, it’s very likely that others do too. This creates a domino effect where that one droplet of water turns into hundreds of gallons. If all registered voters had shown up to vote in the 2000 election, one of the closest presidential races in history, George W. Bush may not have won. In recent years, if everyone had exercised their right to vote, Hillary Clinton could have been elected instead of President Trump. Your vote, or decision not to, changes history.

We need to unite as nation, a concept that founded our country and made us a powerful world leader, in order to make a difference. Abraham Lincoln once said, “May our children and our children’s children to a thousand generations, continue to enjoy the benefits conferred upon us by a united country, and have cause yet to rejoice under those glorious institutions bequeathed us by Washington and his compeers.” Unity has been an important part of this country for hundreds of years. We need to continue that tradition to make our country a better place.

Nathan Hale and thousands of soldiers have died to make our country the best it can be and hundreds of thousands of men and women are risking their lives today. A privilege that separates the United States from other countries is our right to vote. When we unite as a nation we can make a difference. The next time you get the chance to vote, make all your veterans proud by marking the box next to the name you want elected. Remember this is your country. Why leave its fate up to everyone else when your voice matters?