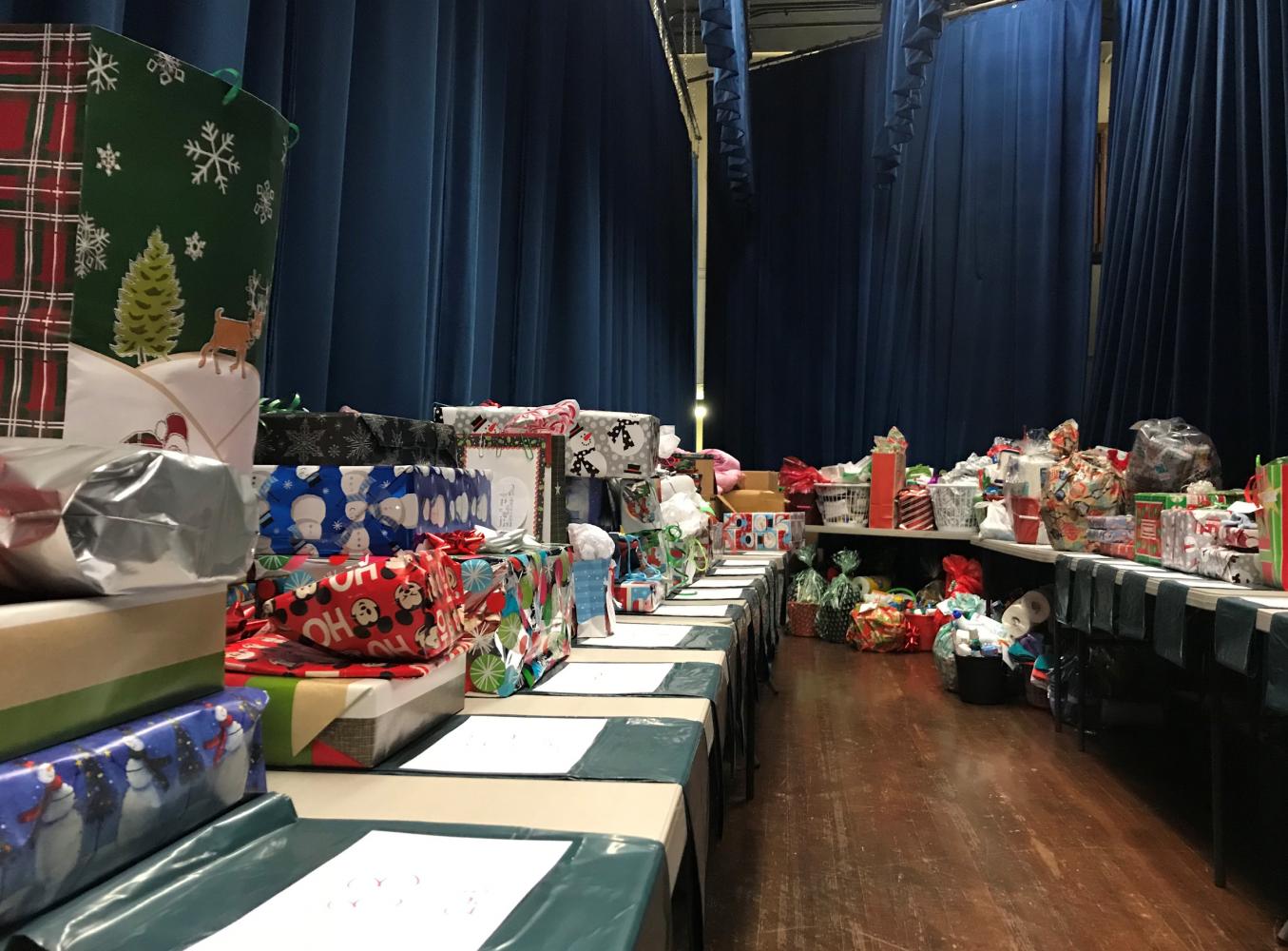 Seeing Christmas Through my Daughter’s Eyes

Story and photography by Eliza Bush

For the 293 million Americans who celebrate Christmas each year, December whizzes by in a flurry of gift wrapping, cookie baking, and shopping. But for the 43 million Americans living in poverty, these joys of Christmas are not so easily obtained. On the week of Dec. 10, 15 families from Liberty Early Childhood (LECS) came to pick up the presents donated by LECS families and staff members in the month leading up to the collection date.

Among these parents was single mother Dora, who chose to only disclose her first name. Dora moved to the United States (US) in 2008 from Uganda. After completing college in Uganda, she moved to the US to be with her fiancé. A few years later, her daughter, who is now a preschooler at Liberty, was born.

Moving to the US was a difficult transition for Dora. In Uganda, she left her family, her home, and her traditions behind. However, the Giving Tree has helped Dora become acquainted and has shown her the kindness and generosity of the people in her community.

“It was very difficult,” Dora said. “I didn’t really have family here. I didn’t know what I was in for.”

This year was the second time Dora’s family was on the Giving Tree, a charitable program at LECS which allows families in need to receive Christmas presents for free.

Giving Tree coordinator and school counselor Dana Hallgarth sees the Giving Tree as an opportunity to bring awareness to the community and to the students at Liberty.

“I like being able to teach kids at an early age what it’s like to give,” Hallgarth said. “That they may have a lot of presents, but maybe other kids don’t.”

In early November, Hallgarth sends a letter to every family at Liberty, asking if any are in need of some “holiday assistance.” She asks that parents who wish to receive presents from the Giving Tree send a response with their family information by a specified date.

Once responses are received, the tree goes up. For the next three weeks, students, parents, and faculty have the opportunity to take a tag and purchase the intended item. Once the presents are collected, the parents come to pick them up.

For Hallgarth, the amazement on the parents’ faces when they arrive to pick up the donations is her favorite part of coordinating the event.

“They don’t realize it’s going to be so much,” Hallgarth said, with a smile. “They get a little overwhelmed because they’re so appreciative of all the things that they can do for their families.”

Even after experiencing gift pickup the year before, Dora still got emotional at the sight of the presents.

“Just knowing that somebody took the time to buy these things and to do that, it was overwhelming,” Dora said. “I was excited. But at the same time, I just cried.”

The Giving Tree project was started at Liberty in 2000 by Parent-Teacher Organization (PTO) parent MaryEllen D’Abbene, who now works as the office manager at LECS.

D’Abbene started the project as a way to provide for the families at Liberty who weren’t as fortunate as most. She saw other schools in the district and in the community starting similar programs and proposed it to Debbi LaFrankie, who was the principal at the time.

“I think it’s very good for children to know that they’re a part of their community,” D’Abbene said. “They need to know what it’s like to give and they need to learn that at an early age.”

Over the years, the Giving Tree initiative has grown substantially and is now able to help even more families like Dora’s.

Hallgarth finds it comforting to know that this program is providing for those who need it and allows families to celebrate Christmas without the burden of financial trouble.

“There have been times when I know that if Liberty families didn’t donate to The Giving Tree, some of our families that wouldn’t have Christmas,” Hallgarth said.

This statement rings true to Dora, who sees Christmas in a different light because of the Giving Tree program.

“My daughter is going to have something now,” Dora said. “Now, I can see Christmas through my daughter’s eyes.”