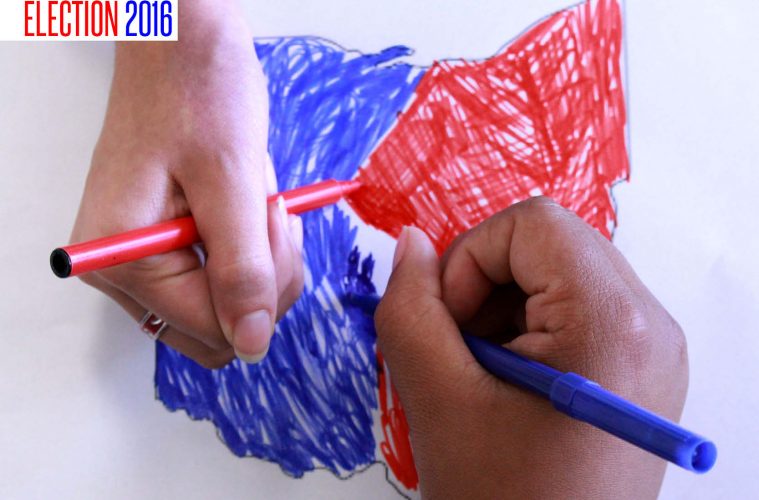 Swinging Into The Election

Sharon Urick, mother of East sophomore Abbie Urick, was raised Republican. But after Sharon married and moved to West Chester, she learned that she had the freedom of voting for the side she believed in. In current years, she voted Democrat because she “liked their policies and thought we needed some change.” Sharon is known as a swing voter.

“My side of the family has been Republican; no matter who’s on the ballot, they will always vote for that person,” Sharon said. “But once I got married, I started looking around more and thought ‘wait a minute, I don’t agree with just what Republicans are saying and I don’t always agree with Democrats.’”

Sharon cares more about issues like healthcare insurance, due to her family having to pay for it on their own. Another issue Sharon looks at is education, because she is a second grade teacher at Rosa Parks Elementary School in Middletown.

“I’m going to vote Democrat [for this election],” Sharon said. “I just don’t feel like [Donald Trump] is the best choice for president. Bringing up kids, especially a daughter, and as a school teacher too, it’s hard to condone the bullying on the TV. You’re supposed to teach kids not to bully and you’re the figure of the country, bullying people and degrading women, so that’s part of it.”

While Sharon does not want to vote Republican, she said that both parties have their faults. She would love to see a woman as president, but acknowledges that presidential candidate Hillary Clinton is not perfect. To Sharon, there is no clear winner.

Ohio has been historically known as a swing state; others include Florida, Pennsylvania and Nevada. The Ohio State University Political Science Professor Emeritus Herb Asher described swing states as “states where both parties have a prospect to win.”

“There are a limited number of what we call battleground states or swing states,” Asher told Spark. “Certain major states, for example California, are so heavily Democratic that candidates don’t need to go there. Texas, although this year may be an exception, is usually a Republican state, so both [candidates] don’t battle over it.”

According to University of Cincinnati Department of Political Science Head Richard Harknett, Ohio is a swing state because it typically mirrors the overall percentage of votes the winning candidate receives nationwide.

Voters like Sharon are why presidential nominees spend much of their time campaigning in Ohio. Regional Press Secretary of the Hillary Clinton Campaign in Southwestern Ohio Rachel Harvey Katz said that “Ohio is an important battleground state.”

“We have 67 offices across the state, including one in nearby Mason, right on Main Street,” Katz told Spark. “These offices are hubs for organizing activity—phone banks, canvasses and other events—to stop Donald Trump and help elect Hillary Clinton and Democrats up and down the ballot.”

The Trump campaign did not respond to Spark’s requests for comment.

The areas of Liberty Township and West Chester Township are known to lean more toward the Republican side. Sharon says that she sees “few Democrat signs here and a lot of Republican [ones].”

“I think everybody [in this area] is stuck in a party,” Sharon said. “In my opinion, everybody is Republican; they are going to vote [for Republicans] no matter what, even if they don’t agree with everything the Republicans have to say.”

Sharon says that one of her main points in choosing candidates is “to be open-minded.” She often tells her kids that if they do not agree with one side, they have the choice to pick the other side instead.

“You got to stand up for what you believe,” Sharon said. “People aren’t going to be happy. I know my parents aren’t happy [with my voting decisions] but that’s what America’s all about, you choose what’s going to be best for you.”