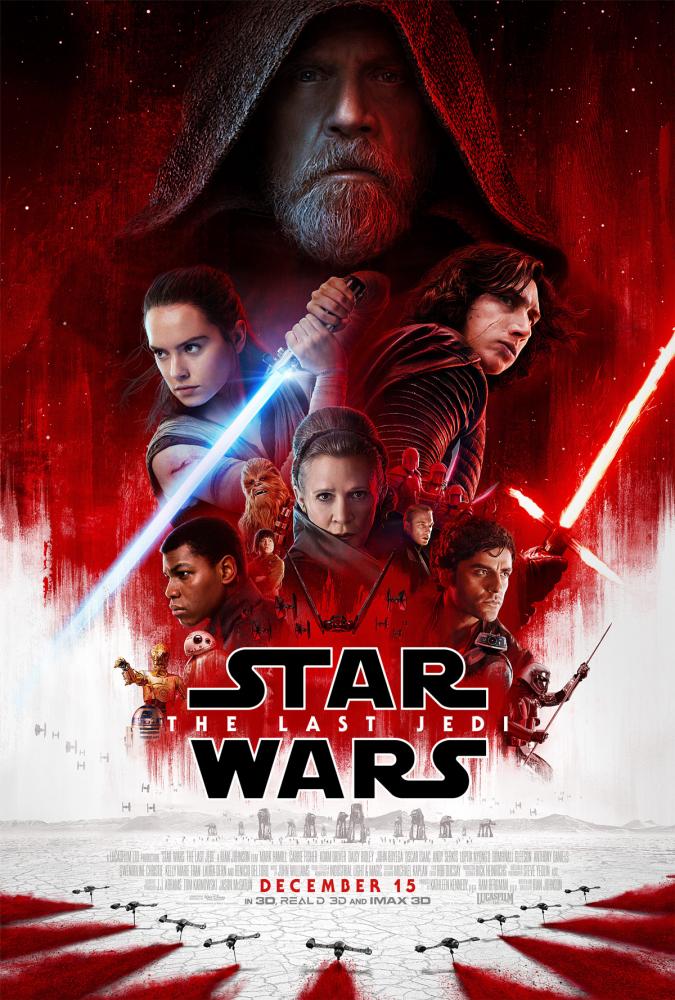 Endless excitement, striking visuals and a nod to nostalgia have become not only staples but expectations of each new installment of the ever-popular Star Wars franchise. Fortunately, these elements are only a few of the many things that director Rian Johnson successfully conjures up with the latest installment “The Last Jedi.”

Even with the inclusion of the classic saga’s signature ingredients, “The Last Jedi” doesn’t hesitate to flip a number of themes and elements of George Lucas’ original trilogy of the 1970’s and 80’s.

The scenes in “The Last Jedi” often recreated templates nearly identical to those of the original trilogy. But Johnson inverts these scenarios, seemingly to work directly against the expectation of the saga’s loyal audience.

These inversions serve to darken the atmosphere and create a gritty edge to the character’s settings, a far cry from the excitements of Lucas’ first Installment in the space western saga, 1977’s “A New Hope.”

Despite this, Johnson has clearly taken the innate cliché and comic nature of Star Wars into account. The movie is served with a large side of humor, some of which seems borderline anachronous to the Star Wars world in which a First Order or an Empire would destroy planets without hesitation.

“The Last Jedi” has been constructed to take multiple viewings for any die-hard fan, as it is easy to take the changes Johnson makes to this beloved cinematic universe as immediately negative. But the originality brought about through Johnson’s changes are refreshing, following the re-telling of “A New Hope” in 2015’s “The Force Awakens.”

“The Last Jedi” succeeds in the ultimate balancing act when it comes to reviving a beloved fictional world. The movie satisfies nostalgic itches and simultaneously takes the viewer in exciting new directions, making the movie’s galaxy seem bigger than it ever has in its 40 years of unmatched pop culture impact.