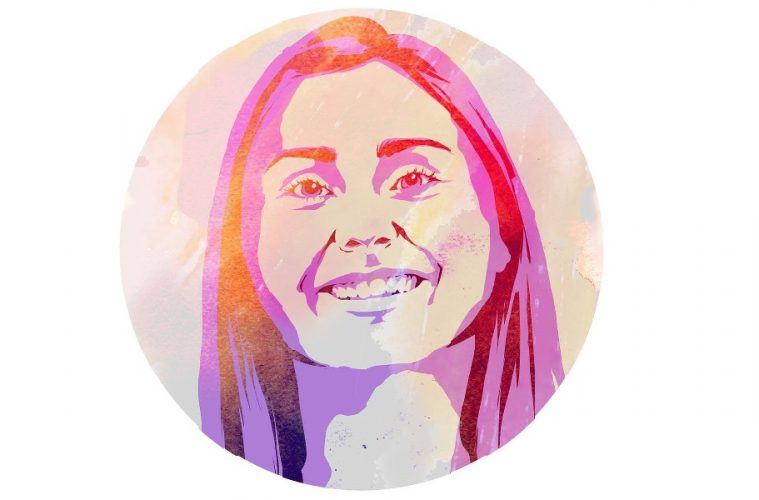 I’ve never been shy about expressing how my Christianity shapes who I am as a person. As I have become more aware of the world, I have realized that my political views have an equal say in what kind of person I am, despite the fact that that my faith and my views are very different. In government class this year, I took a political spectrum quiz. I was surprised to find that even though I am a nondenominational Christian, my views are 96 percent in agreement with Jill Stein, a Green Party supporter. This test means that, in my own words, I’m as liberal as liberals can be and a minority among Christians. According to Pew Research Center an astounding 76 percent of white evangelicals lean Republican, compared with just 20 percent who lean Democratic.

In my experience, people see being openly religious and liberal as an oxymoron. During the election season, my grandma came over to my house and we started talking—like grandmas and granddaughters do—about a boy. Out of nowhere she asked which presidential candidate I supported. I didn’t respond; I knew she would be angry if I did. With my silence came her answer. She knew I supported Hillary Clinton. She raised her voice and I didn’t know how to voice my opinion to her. My grandma, who leads Sunday school at her church, started arguing with me about how my views were wrong.

As a result of being religious, people naturally assume I don’t believe in gay marriage or abortions. Contrary to this assumption, I strongly support marriage equality and believe women have the right to control their own body. Today people believe in the stereotype that all Christians and other religious groups are conservative or lean right. However, I am living proof that this stereotype is incorrect.

A common definition of a liberal is one who is open minded. Jesus’ philosophy was similarly based in compassion, equality, inclusion, forgiveness, tolerance and peace, and His most important sermon was on love. In His time, Jesus was the most open minded and accepting one could be. By definition, then, Jesus is a liberal.

The Bible, when read front to back, essentially encourages liberal values. “Do not judge, lest you too be judged. For in the same way you judge others, you will be judged and with the measure you use, it will be measured to you” Matthew 7: 1-2. The liberals I side with tend to believe in equality for all, and they believe no one should be judged for what they have done or are doing. That was what Jesus was preaching throughout His entire time on Earth. Jesus went around hanging out with prostitutes and criminals, something that many Christians would frown upon today.

One of Jesus’ most important messages is about not judging others for anything that makes them different, but in my experience Christians aren’t this accepting. The conservatives I know don’t support people that are drastically different than them, for example: people of different races, financial backgrounds and sexual orientations. I had a friend recently text me wondering if our youth leaders would look at him differently if they knew he was gay. I did what every Christian should do and responded that they would love and accept him no matter what, just like Jesus would have preached.

Being openly liberal in a conservative area leads to people misunderstanding where I am coming from. I am told all the time that my political views clash with my religious ones, and that isn’t right.

Who I vote for has nothing to do with Jesus’ unconditional love.

Saul in the Bible persecuted Christians and hated Jesus and His followers. He even received a warrant that allowed him to kill Christians. But through it all, Jesus loved him and had someone go to Saul’s house and pray for him. Subsequently, Saul changed his views completely and started preaching about what he once hated.

This is the kind of chain reaction I want to start in the world today. By being unconditionally kind and accepting, and by remaining true to my liberal values as well as my Christian ones, I want to make the world a better place. As proven by His love for Saul, His determination to help all that suffered and His devotion to the world, I believe that Jesus believed the same. I also believe that society should strive to love and accept anyone, despite their perceived faults. As Matthew 5:44 says: “I say unto you, Love your enemies, bless them that curse you, do good to them that hate you, and pray for them which spitefully use you, and persecute you.”