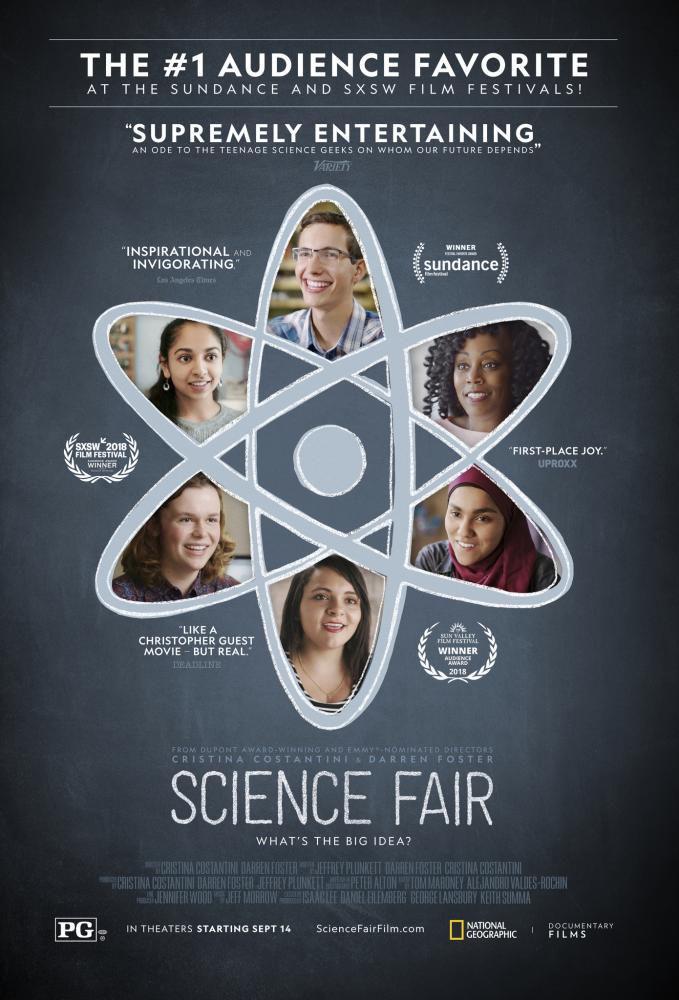 Many students have passions that they dream to fulfill. Whether it is in music, sports, or science, hard work is put in to succeed.

National Geographic reached out to schools to promote their new movie. East was selected to watch the movie before its premiere.

In the movie, students across the country were given the opportunity to be a part of the Intel International Science and Engineering Fair (ISEF). The students showed off their inventions to judges at ISEF to compete for an average of $4 million in awards and prizes.

East science and engineering classes were able to watch the movie to help them engage in a love for science, said East science teacher Elizabeth Gosky. According to Gosky, this opportunity was given to show kids the different avenues they have for their future.

“This was something that shows kids what they are capable of,” Gosky said. “And to show that if you have that passion for a specific idea or problem, anything is possible.”

This was the mindset that the students in the movie had. Each of the kids had a goal to do something they loved. They were able to go so far with their ideas because they had inspiration. That is what the goal of the movie was for East students.

Gosky has done multiple things this year to broaden students’ horizons, says East Principal Suzanna Davis, and  has organized many passion-related events for the students and staff.

“She really found it important to give students the opportunity to see that movie,” Davis said. “She really took that project and ran with it and worked through specific [barriers].”

Along with Gosky’s students, East science teacher Leanne Staley’s students viewed the movie also. This way, the movie would be able to spread to many students across the school to inspire as many people as it can.

According to Staley, “Science Fair” was a good fit, as it gave multiple storylines to follow. The students in the movie were relatable in one way or another due to their various personalities.

The students’ personalities in the movie varied from very laid back, to someone who is very uptight and on top of things. Those attitudes are also expressed throughout many high schoolers, so it is easy for East students to connect with the movie as well as connect with their future.

“I think [the movie] opened some eyes and some doors to students of what could be,” Staley said. “To see the possibilities for our district.”