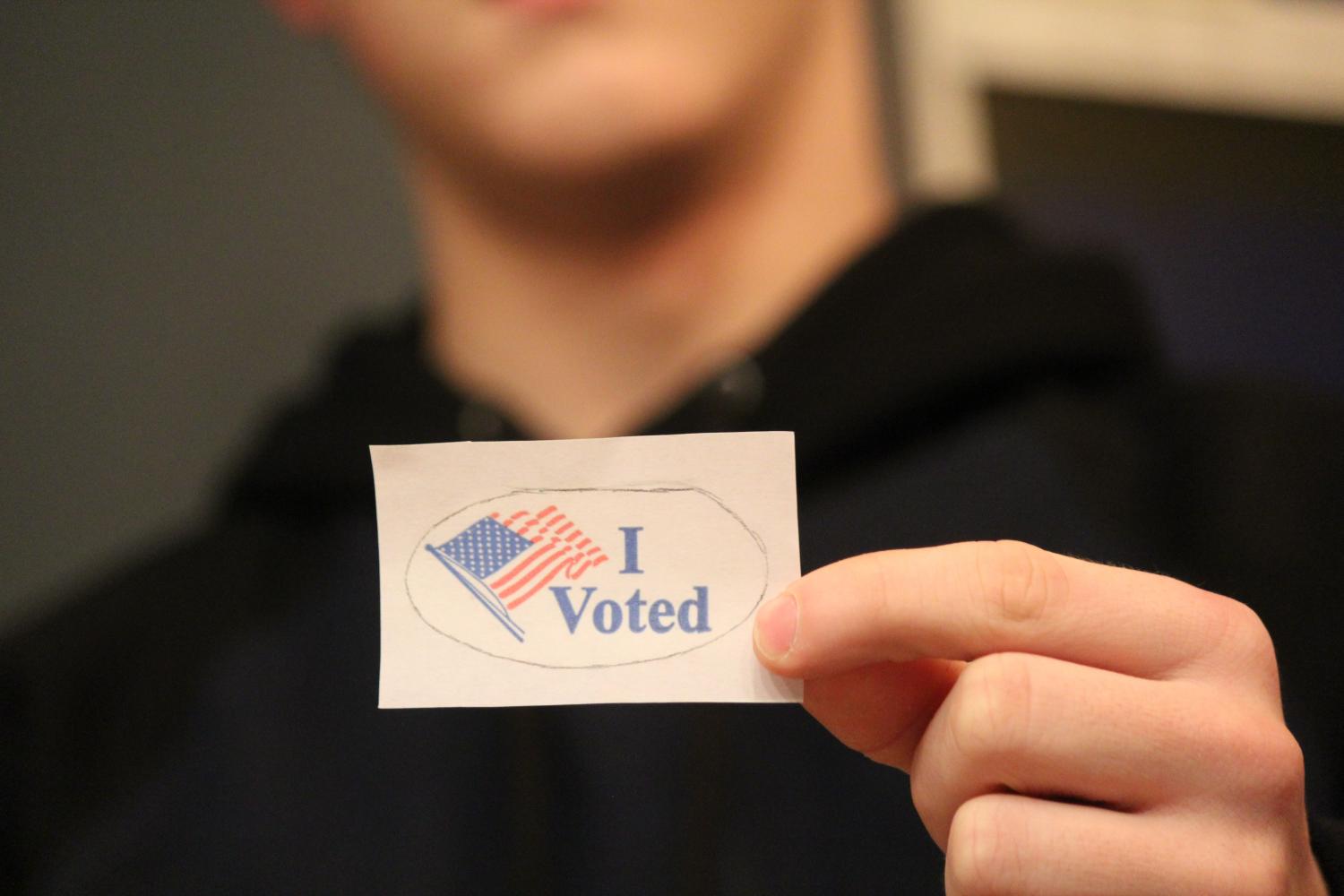 For about 50 years, the national voting age in the U.S. has remaind 18 years old, but the polls may begin to lean younger following a recent trend.

story and photography by Mia Hilkowitz

For many high school students, their biggest concern would be on an upcoming chemistry test or finding a date for next week’s dance, but East sophomores Jessica Taylor and Tanner Pencek are having a different debate. While Taylor believes that voting at 16 would solve many of the problems the country faces, Pencek doesn’t agree, concerned that teens won’t use their new rights appropriately.

Taylor and Pencek aren’t the only ones voicing their opinion on the issue. Across the country, cities are working to change their voting age, forcing residents to consider the implications of allowing teenagers to participate in elections.

The debate is serious and pertinent as cities in southern Ohio look to drop their local voting age in future years.

For almost 50 years, the national voting age in the United States has remained at 18 years old, ever since the 26th amendment was passed in 1971. But the polls may begin to lean younger following a recent trend of U.S. cities pushing to lower their local voting age to 16.

During their November 2019 election, the Village of Yellow Springs Ohio voted on Village Charter Amendment 13, which if approved, would have lowered their local voting age to 16 years old. Issue 13 would have allowed 16 and 17-year-olds village residents to vote in council, mayor, and area-specific races.

Council President for the Village of Yellow Springs Brian Housh told Spark that the “Vote 16” initiative was brought to his attention after a school walkout was organized at Yellow Springs High School during March of 2018, following the shooting at Marjory Stoneman Douglas High School in Parkland, Florida. Housh was asked to come in and speak in his role as Village Council President, which made him “think about his comments” and consider the initiative.

“Part of the idea of allowing 16 and 17 year-olds to vote is that they have a stake in the future,” Housh said. “They’re affected by gun violence and they pay taxes because they work, so that’s when [lssue 13] first started to be talked about.”

“If teenagers were able to vote they might see voting as a chance to express their beliefs for what they feel right worldwide or locally.” – East sophomore Jessica Taylor

Despite support among local youth, the measure in Yellow Springs, which has a population of around 4000 residents, failed, 52.5% of voters rejecting the ballot issue. Housh said that one reason the measure could have lost support was because of its ties to other ballot concerns. The amendment would have also extended the village mayor’s term from two years to four years and allowed non-citizens with green cards to vote in local elections.

Although Yellow Spring’s Charter Amendment 13 was rejected, campaign manager for Vote16USA, a national campaign dedicated to supporting efforts to lower voting age, Brandon Klugman told Spark that there are still major benefits from allowing 16 and 17-year-olds to vote.

“Lowering the voting age to 16 can help people become lifelong voters and can help increase voter turnout or participation in the long run,” Klugman said. “At 16 most people are in a more stable place in life, at school, and have support, [so they are] more likely to participate.”

“So far there have been four cities in Maryland that have [lowered their voting age] and the results have been really positive,” Klugman said. “There’s been more passionate young people in those cities eager to vote. And [the cities] have seen 16 and 17-year-olds vote at higher rates than older voters.”

Takoma Park, the first city in the nation to approve lowering the voting age, felt this effect even during its very first election. In the area’s first election after the change, the city saw 17% of eligible voters under 18 go out to the polls, double the 8.5% turnout rate for eligible voters 18 and older.

But in future years, a younger voting age may be getting closer to the Lakota area. The City of Cincinnati law department is looking to see if rules allow for their voting age to be lowered to 16. Cincinnati Councilman P.G. Sittenfeld announced his support for the issue on Twitter on Oct. 24, 2019.

East Social Studies teacher Samantha Miller said that she feels the typical 16 or 17-year-olds lack the knowledge of government, civics, and politics to be able to vote.

“[East students] take government junior year, and even though [students] have learned a lot of the basics like the three branches of government, some of the more detailed parts about voting and the structure [students] don’t learn until later,” Miller said. “If this does become a more common thing, the state of Ohio needs to change when government is taught.”

Out of 206 East students surveyed, 58.7% said they have a good understanding of government, civics, and political issues.

Despite this, Miller believes that if new younger voters go out to the polls there would be significant outcomes.

“Right now many of our voters are older. If the politicians and the people deciding what goes on the ballot realize that there is that younger age group, what we’re voting on would change,” Miller said. “If you put something on a ballot about education in front of a 60-year-old, it’s going to be different than if the voter were a 16-year-old.”

East sophomore Jessica Taylor feels that adults need to listen to teenagers more when it comes to political issues.

“If teenagers were able to vote they might see voting as a chance to express their beliefs for what they feel right worldwide or locally,” Taylor said. “I feel that all teenagers are stereotyped as being irresponsible and uneducated because we’re seen as ‘too young.’ I want to get rid of that stigma because in the world there are smart teenagers who have good ideas.”

“16 and 17-year-olds should not be able to vote. We are just entering adulthood. Some of us are just learning how to drive, so why should we have a say in politics?” Pencek said. “I think the main issue with 16-year-olds getting voting rights is that the majority of them wouldn’t take it seriously.”

Pencek also thinks that teenagers wouldn’t be able to vote effectively for themselves.

“They’d be voting not based on their personal beliefs, but they would be voting based on what they hear from others,” Pencek said. “I don’t think we’re responsible enough to voice our own opinions on a cause.”

In a recent Spark survey, 28.7% of East students think that 16 and 17-year-olds should have the right to vote.

Currently, Yellow Springs is planning to put the issue back on the ballot in March, this time separate from the mayor’s term and immigrant voting rights. But even with the failed November ballot issue, Housh thinks that the vote on Issue 13 still had an impact.

“It was important to [the council] that we put [the issue] out and start a conversation,” Housh said. “It makes sense to engage people at a younger age. The way we’re looking at it in Yellow Springs is if [teenagers] are involved in the community, then they should have a say in the local issues.”