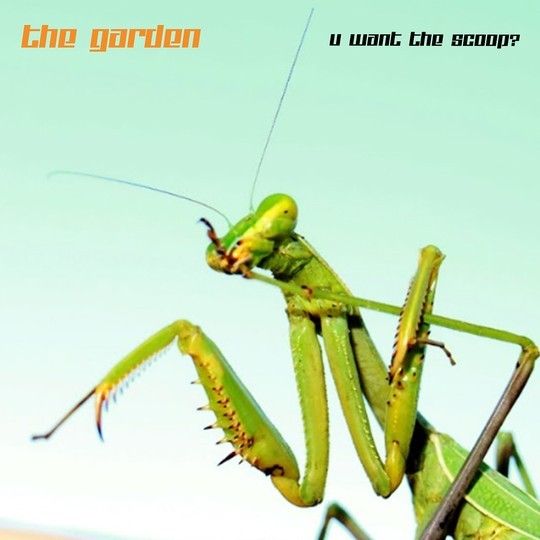 U Want the Scoop? by The Garden

June 5, 2017
CultureMusic Reviews0 Comments 0
U Want the Scoop? by The Garden
4.9Overall Score

By Maya Wells | Photography Fair Use

Released on March 3, this is the newest and most obscure record released by the Orange County, California band The Garden. Through their self-made genre called Vada Vada, they declare freedom and follow traditional disciplines that have been in the punk scene for years. From their eclectic style, hoop earrings, and raw performances, there is never a dull moment from twin musicians Fletcher and Wyatt Shears.

Kicking off the album, “Clay” begins with an upbeat synth tone which collides with Wyatt’s deliberately aggressive vocals. As the song progresses, the lyrics declare themselves as meaningful, but also playful on the surface as if immature.

Cleverly, they note at their side projects through the lyrics, “Life is a puzzle, but you’ve got to enjoy.” This song is quite reserved and almost angelic in certain parts; not entirely showing their heavier side, which is prominent in some of their other songs.

Skipping over the shredfest “Make Yer Mark,” the next song on the album stands out as being goofy and shows The Garden’s true creative spectrum. “Have A Good Day Sir” is a story, told by Wyatt, about his experience with getting a traffic ticket.

Beginning with a hefty bass riff, Wyatt then begins his tale with being “caught by the black and white seven times” and “almost been jailed a number of times, but I got away; I paid those fines.” Fletcher’s voice can be heard echoing in the background, as if his words are portraying what Wyatt is thinking. As the song comes to the end, Wyatt becomes increasingly sarcastic and explains how he attempts to work his magic when he is pulled over by an officer.

The final track on the album, “U Want The Scoop?” is a dark and trap/dubstep song with a synth applied to Wyatt’s voice, making his vocals seem ominous. It is unknown what some of the references are pointing to that the duo include in the song, but they mention “split” various times.

Fans conspire that split is their Vada Vada universe; a place where they don’t have to fit into societal norms. “U Want The Scoop? Yeah I got it baby” repeats continuously before Wyatt explains the tale of “an old businessman” who comes from split and has a “bug under his costume body,” which corresponds with the praying mantis motif on the album’s cover.

What sets the twins apart is their awareness of how odd their music is and the fact that they do not seem to be toning down their style anytime soon; each album seems to be crazier and crazier than the one before it. The distinct duo of drums and bass paired with vocals creates a standout theme which sets the twins apart.