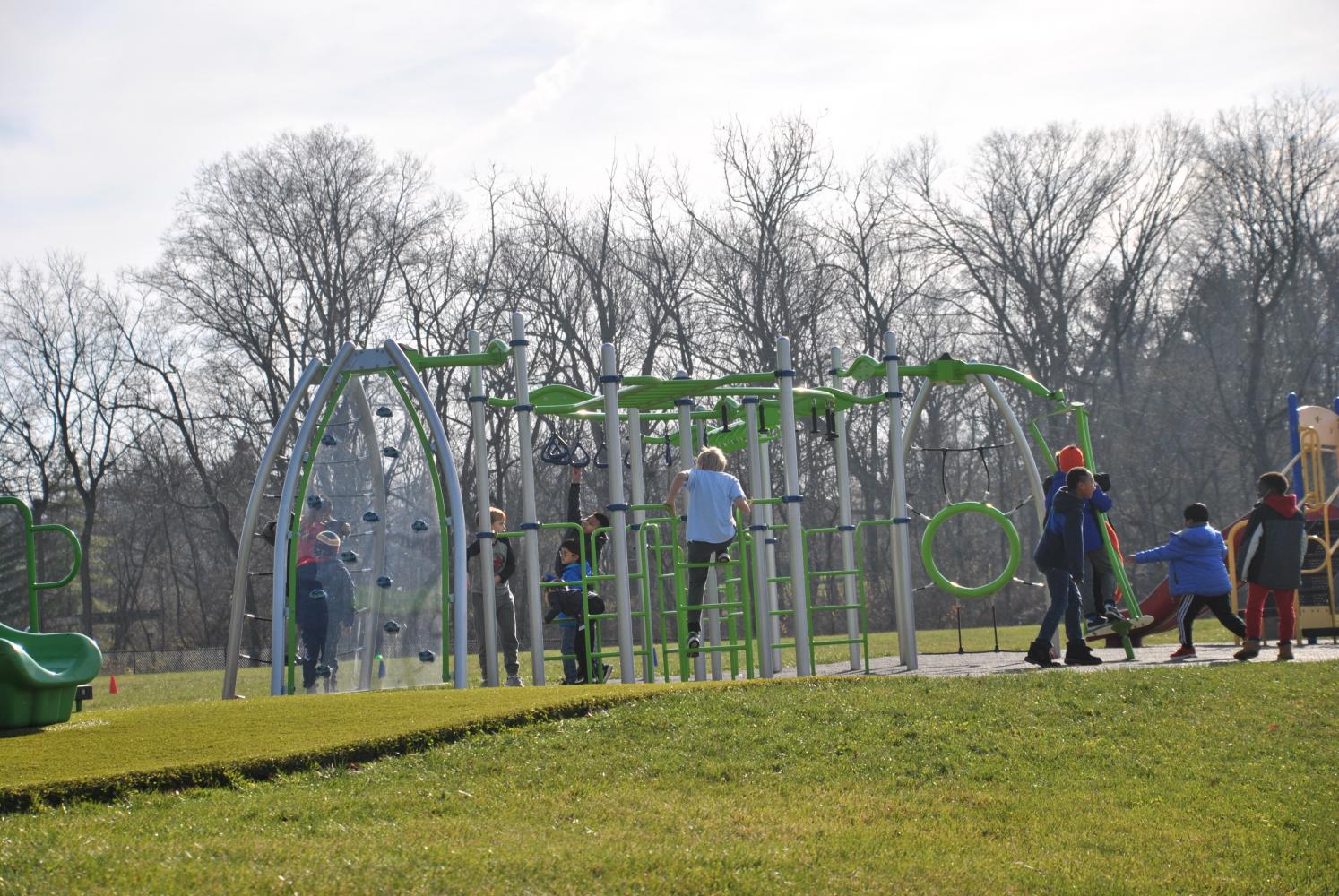 Adena students have recess on the newly renovated playground.

story by Andie Madding | photography by Audrey Allen | infographic by Emily Taylor
Although Adena Elementary’s playground was completed in 2018, nobody could have predicted just how important it would become to the parents, staff, and students of the Lakota community in 2020.

Recess is one of the most eagerly anticipated parts of a student’s day. A 2018 study from the International Play Equipment Manufacturers Association (IPEMA) found that getting outside for fresh air and exercise provides social, physical, cognitive, and emotional growth. This is especially important now because it provides a sense of normalcy and opportunity for social interaction during the global pandemic. Of the teachers surveyed in the IPEMA study, 100% agreed that recess is crucial to children’s physical and mental development. Adena is willing to commit time and resources to sanitize and clean the new playground for the health and safety of the students and teachers.

“[Groups of kids] rotate and each day; you get to play on the playground equipment or be on the blacktop using balls and jump ropes, among other items,” Adena Principal John Mattingly said. “We spray and disinfect between recess times.”

Mattingly was introduced to the Adena playground during the second year of the two-year project. He said that it “brought new energy and overall excitement” to the students. The modern, new equipment includes slides, climbing walls, monkey bars, and poured rubber turf. The renovation cost a total of $35,000.

“My favorite part of the playground is the swings and the new climbing equipment,” Adena fourth-grader Andrew Sharp said. 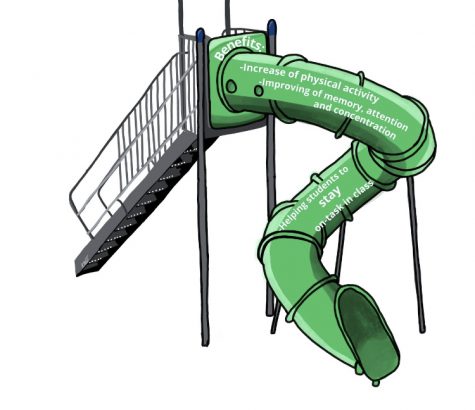 All of the funds were raised by donations organized through Adena’s Parent Teacher Organization (PTO).

“We held a Walk-a-thon that was very successful, and our annual Fun Fest, as well as several smaller fundraisers,” Former PTO Co-Chair Amy Pitzer said.

Many community members and businesses also helped to support the update. There were several hundred donors that contributed to the cause, including seventeen businesses and thirty-six families that donated over one hundred dollars.

“Another lasting impact of this playground project was the relationships established between the Adena Community and local businesses,” Pitzer said.

The community is coming together more than ever during these uncertain times, just as they did to finish the project, completed in 2018.

The Windwood Swim and Tennis Club located in West Chester was among the hundreds of donors that provided funds for this initiative to happen. According to the manager of the swim club, Dennis Beck, Windwood does its best to try to “support the community that is around the pool.” This mindset of Beck and so many other donors made the playground possible.

“We believe all projects that are good for the community need to gain and receive community support,” Beck said. “And we are glad we were able to be a small part of that success.”

The reward for all of the volunteer time, work, and sponsorship is evident daily through the smiling faces and excitement every time the doors open for recess.