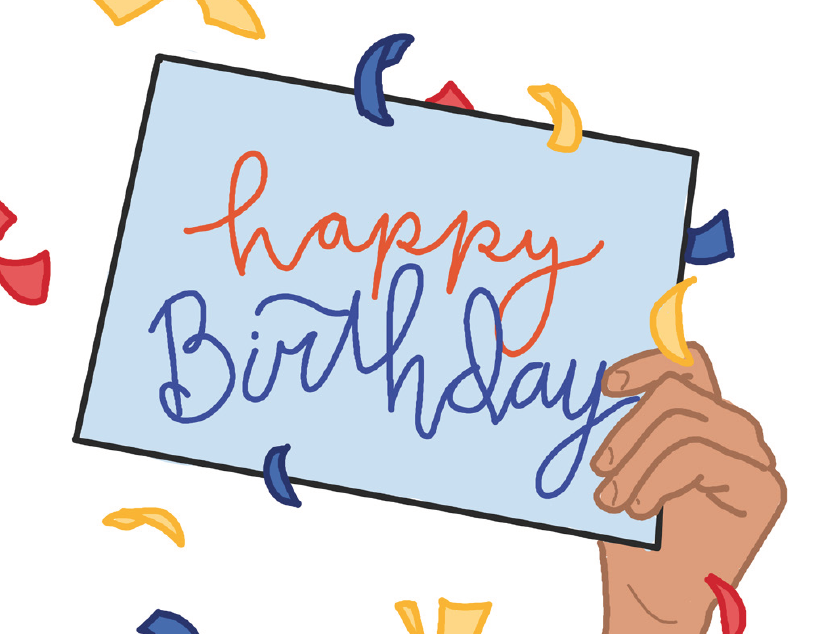 A Birthday to Remember

Reserves Park, normally deserted of cars, is completely full with not a spot left.

“[I] was disappointed but not surprised,” says Robyn Welling, one of the coordinators for the surprise birthday drive by. The disappointment of the original meet up spot being unavailable is only there for a moment before a plan B comes to mind. Welling quickly directs the cars to line up in a new location.

It’s 6 p.m. on Monday, April 27, when approximately 15 cars make room on the side of Cassinelli Way for the big yellow fire engine to take the lead. The cars are all decked out with posters and balloons, the warm wishes of “Happy Birthday” poised on the lips of those waiting in line.

Welling, a mother of three, tells everyone it’s time to start the birthday parade. She was the coordinator who set the time and the meeting place for the surprise. Though it only lasts minutes, the smiles of birthday honoree Cathy Davis, her family, and those yelling “Happy Birthday” are endless.

The yard is decorated with ‘candles,’ filling the space with color. These candles are pool noodles cut in half with cardboard flames adorning the top. With a smile in her voice, Welling reveals the origin of her creative idea.

“[After attending a friend’s birthday drive by], Carolyn [the youngest of Davis’s kids], said that she wanted to do a drive by for her mom,” Welling says.

One of Davis’s older daughters, Claire, reached out to Welling and the plan began to form. After the success of Cathy’s birthday drive by, Welling and her friends planned another friend’s for the very next day.

Welling has been a busy bee when it comes to spreading joy for those whose birthdays have happened during quarantine, having helped plan two drive bys and attending a third. Despite the challenge of organizing these elaborate celebrations, experiencing these drive bys never fails to make Welling smile.

“It is always really nice to do something for somebody and then see the joy that they have.” said Claire. “That makes you really happy and excited for them, even though it wasn’t for you.”