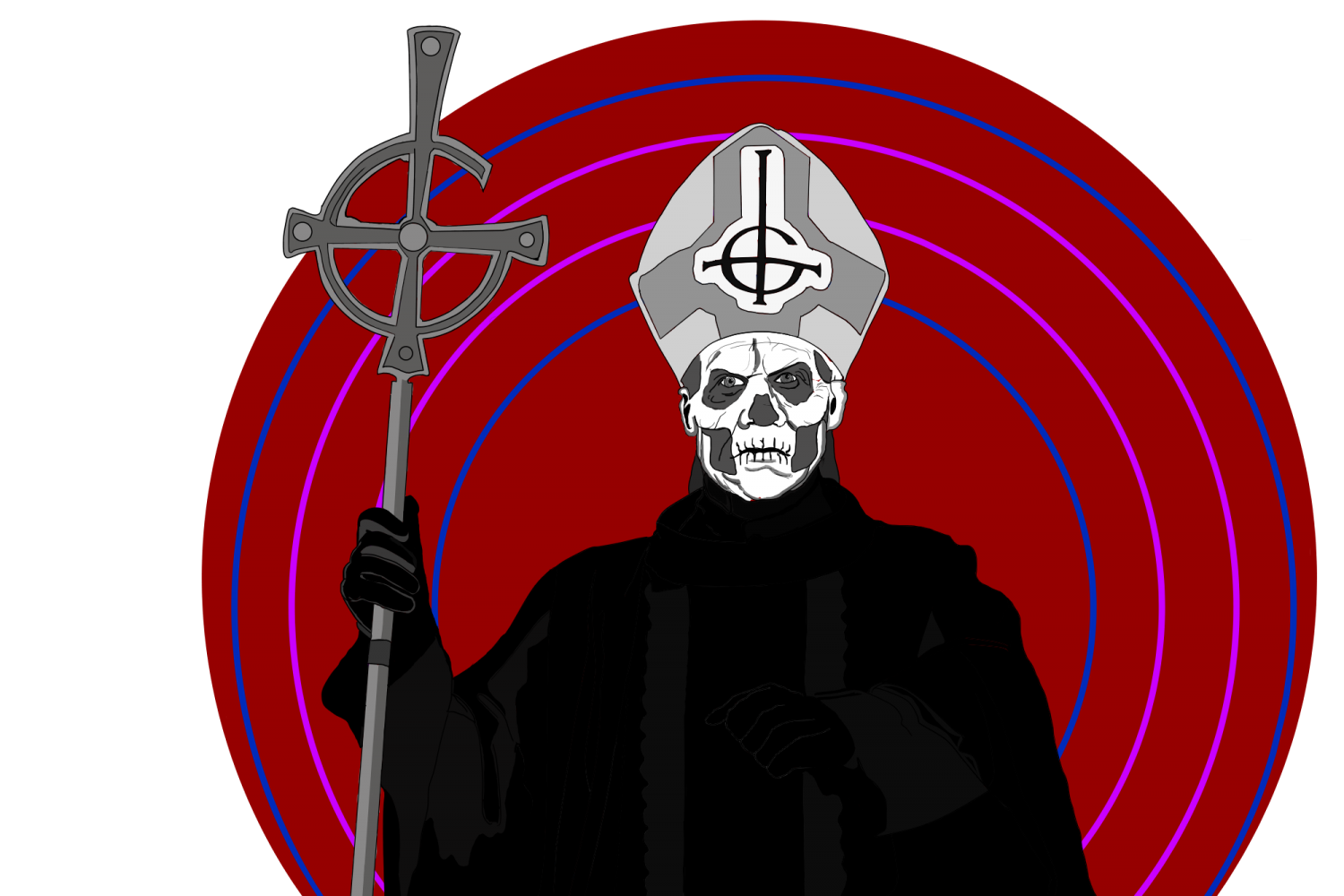 Ceremony and Devotion by Ghost

Story and Art By Bryce Forren

Swedish heavy metal act Ghost spent two years following their 2006 inception to perfect their explosive live performance, from which they have garnered a worldwide following. Over a decade later in December 2017, Ghost captured the theatrics of their iconic live show through their first live album, “Ceremony and Devotion.”

Since the band’s beginning, an alternating lineup of anonymous “Nameless Ghouls” have provided heavy instrumentals to the vocals of pale-faced anti-pope Papa Emeritus. The grandeur of Emeritus’ stage presence plays perfectly into the iconic image of his skeletal makeup and mitre.

The band’s powerful visuals transfer seamlessly into an audio format on “Ceremony and Devotion”, serving a tracklist that is set up as a greatest hits album over the first decade of their existence. Coming a year after “Meliora,” the band’s most successful album to date, the track listing of  “Ceremony and Devotion” features both “Square Hammer” and “Circe,” the two most successful and popular songs from ”Meliora.”

The album is comprised of performances recorded from various concerts in 2017, allowing the crowd’s cheers and Emeritus’ spoken interjections and encouragements of the audience to play prominently into the mix. In some cases, this effect allows for listeners to immerse themselves into the complexity and heaviness of each song more effectively than in a mastered studio recording.

Ghost has been a part of the metal scene long enough to know how to construct a release not only for a crowd of a live performance, but for their worldwide audience of fans. “Ceremony and Devotion” offers a taste of what the group can do when their musical and theatrical elements work together to create something wonderful.