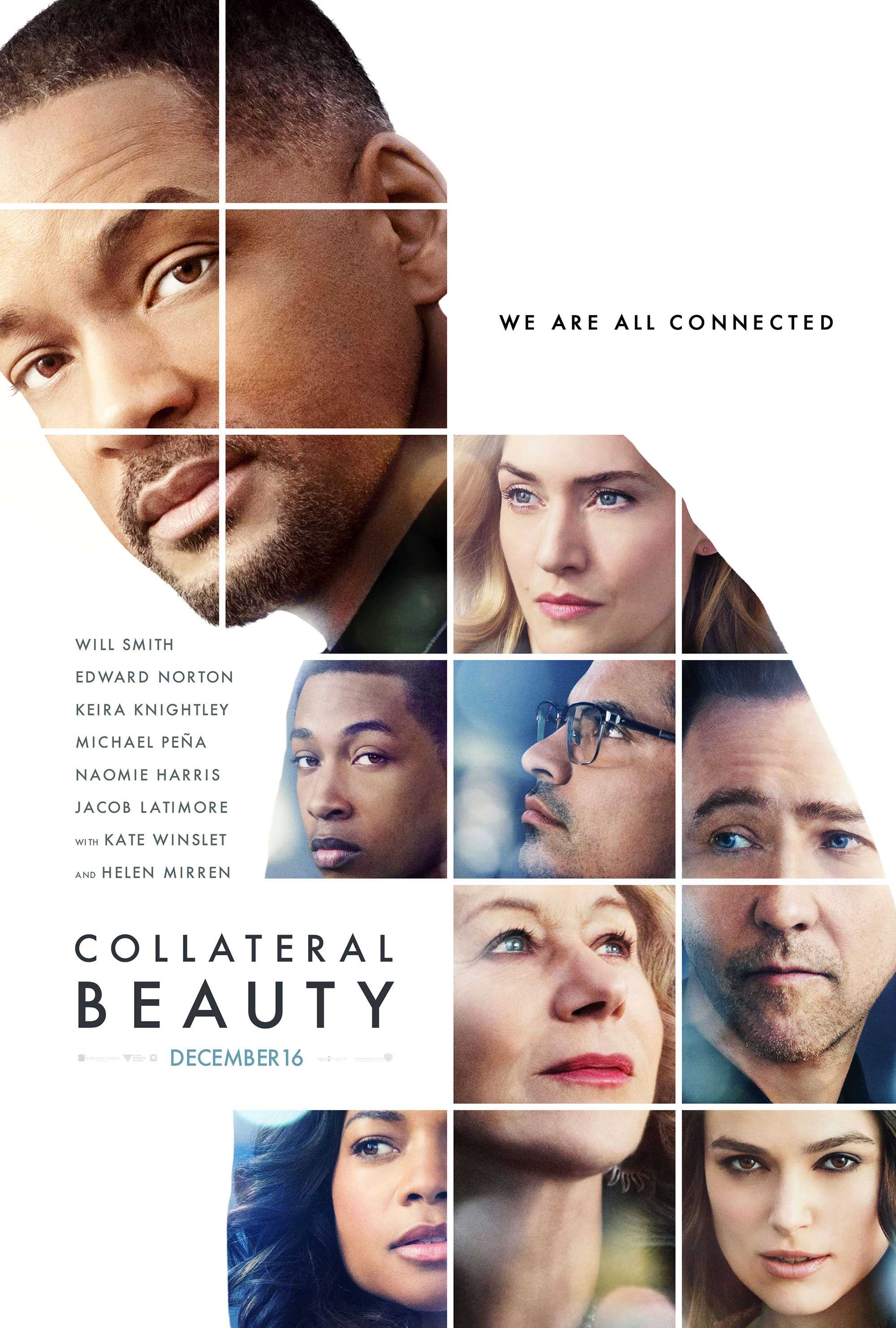 I originally never thought that I would see this movie, because the previews looked bad and the last few movies I saw starring Will Smith ended up being complete disasters, but after I received four free tickets there was no reason not to. I honestly was surprised when the movie turned out to be actually entertaining. I am a sucker for a heartfelt films that sends me into tears, and this movie definitely delivered.

The movie starts with Howard Inlet (Will Smith) and his business partner Whit Yardsham (Edward Norton) talking to their employees about the bright future of their advertising firm. Howard mainly focused on Love, Time and Death when talking about the company’s success. The scene cuts from a time of celebrating success to a depressed Howard setting up dominoes just to knock them down.

As Howard leaves the building, Howard’s closest friends and co-workers, Whit, Simon Scott (Michael Peña) and Claire Wilson (Kate Winslet), talk about their concern for their company a year after Howard’s daughter’s death. I didn’t fully realize how much a parent loves their child until I saw this movie. The heartbreak I saw in Howard’s eyes brought me to tears and my heart broke every time I saw him suffer from the pain of his daughter’s death.

With the movie set in winter it seemed as if it might be a new rendition of “A Christmas Carol” with Love, Time and Death being the “ghosts” instead of Past, Present and Future, but it was actually a breathe of fresh air. These spirits woke Howard up from his depression, just like how the ghosts convinced Scrooge that he needed to become a good man.

That being said, the last three minutes of the movie ruined it for me. Right when the audience was satisfied with the ending, the producers had to throw in an annoying and cliché ending that left nothing to question. Overall, I was pleasantly surprised that I walked out of the theater feeling moved and wanting to let my parents know how much I love them.