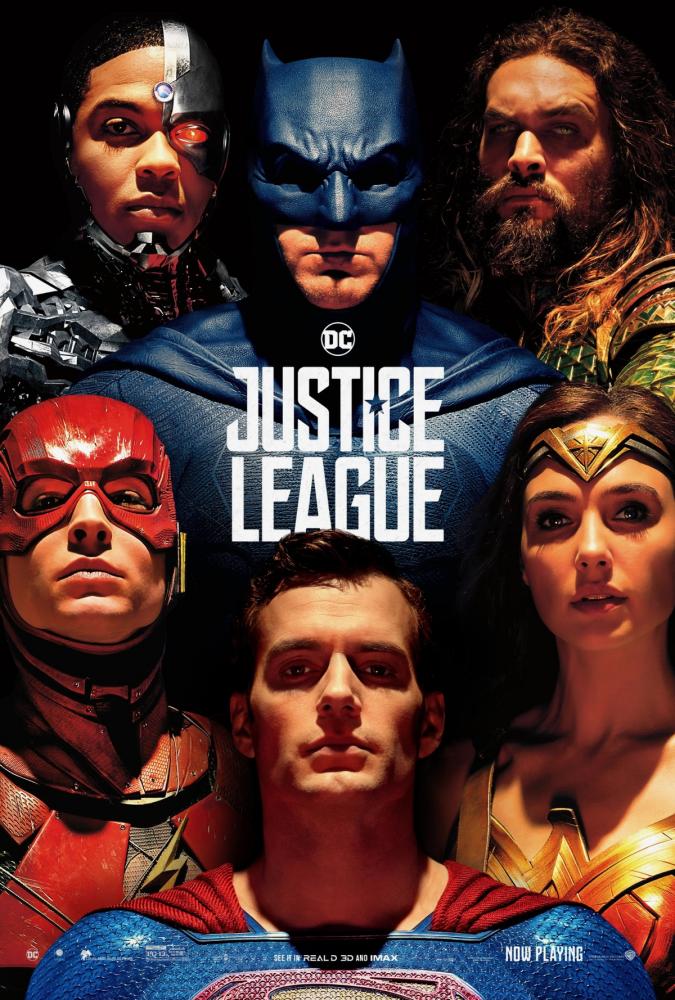 By Rebecca Holst | Photography Fair Use

Five years ago, Marvel Comics came out with the movie “Avengers” that revolved around superheroes, such as Captain America and Thor, which was universally popular across the globe. Now, DC Comics attempted a similar approach with “Justice League” with their most popular characters.

Comic book characters Batman (Ben Affleck), Wonder Woman (Gal Gadot), Flash (Ezra Miller), Cyborg (Ray Fisher) and Aquaman (Jason Momoa) join forces to fight the alien invasion that threatens the world. These powerful and mighty heroes have a long road ahead, not only because of the alien invasion, but also because of their own internal conflicts.

Luckily, Gadot returned to her role as Wonder Woman. Unfortunately, Affleck reprised his role of Batman. Along with them were the new recruits like Miller, who was a perfect fit for the Flash. He has that awkward and quirky personality that fits the anxious character.

Fisher did an amazing job at being the robot with the biggest heart, Cyborg. But the best performance was definitely Momoa as Aquaman. Audiences have previously seen Aquaman as this blond, kind, trimmed, hero clad in orange and green but Momoa took a whole new take on the character. This new Aquaman kept to himself and hid all his feelings to put on a “bad boy” facade. This new take couldn’t have been performed by any other actor.

Character development is a tricky thing to do and I think Director Zack Snyder did it perfectly. With Cyborg and Aquaman, the audience could see their cold shells that shut out the world start to disappear, but that wasn’t nearly as impressive as the development of the Flash.

Flash is portrayed as antisocial and passive. Physically fighting is something entirely new to the Flash, as well as working with other people. But by the end of the film, this shy introverted kid turned into the hero fans all know and love.

“Justice League” was a great action movie but of course there has to be little bits of comedy sprinkled throughout and there was. However, it was mediocre comedy that no one in the theater laughed at. There were also predictable punch lines that seemed stereotypical of a hero movie which turned a sour face.

At one point, Batman and Flash are having a conversation about superpowers. Flash asks Batman what his superpowers are and Batman responds: “I’m rich.” This dry humor was unfortunately one of the more humorous parts of the film. This scene seemed like a desperate grasp for a giggle but it ended up being a flop.

DC is starting to be known for breaking stereotypes, especially with how amazing the movie “Wonder Woman” was for showing a strong woman of color as a powerful heroine. Fans can thank Director Patty Jenkins for that empowering movie too. Unfortunately, this same strong Wonder Woman was still in the “Justice League” movie but with a sexual aspect thrust upon her.

For instance, Wonder Woman’s sisters, the Amazonian warriors, had jiggly thighs, beauty marks and appropriate fighting gear in the movie “Wonder Woman”. In “Justice League”, all of that was lost. The normal humans were suddenly replaced by a superior being that doesn’t have any blemishes and can fight in a sexually revealing outfit that makes no sense for an actual battle.

This is what bothered me the most about the movie. DC is amazing and they took such a step forward with “Wonder Woman” only to take a step back with “Justice League.” This causes me to fear future DC movies. Projected movies such as “Gotham City Sirens” and “Black Adam” could make major moves forward for minorities. But there’s no point of moving forward if DC is only going to take a step back.

I have always been a DC fan and after every movie I see, I fall in love with DC even more. “The Dark Knight” trilogy was a perfect date and Wonder Woman was a marriage. But this movie, it felt like meeting the parents. It wasn’t bad but it wasn’t good either, it was awkward. Lame one-liners and predictable conflict made me rethink why I’m a DC fan.

This movie was great but in some aspects it wasn’t as pleasant as other major DC films. However, “Justice League” was just the first, there’s still at least one more movie to come out in 2019. There is still hope.