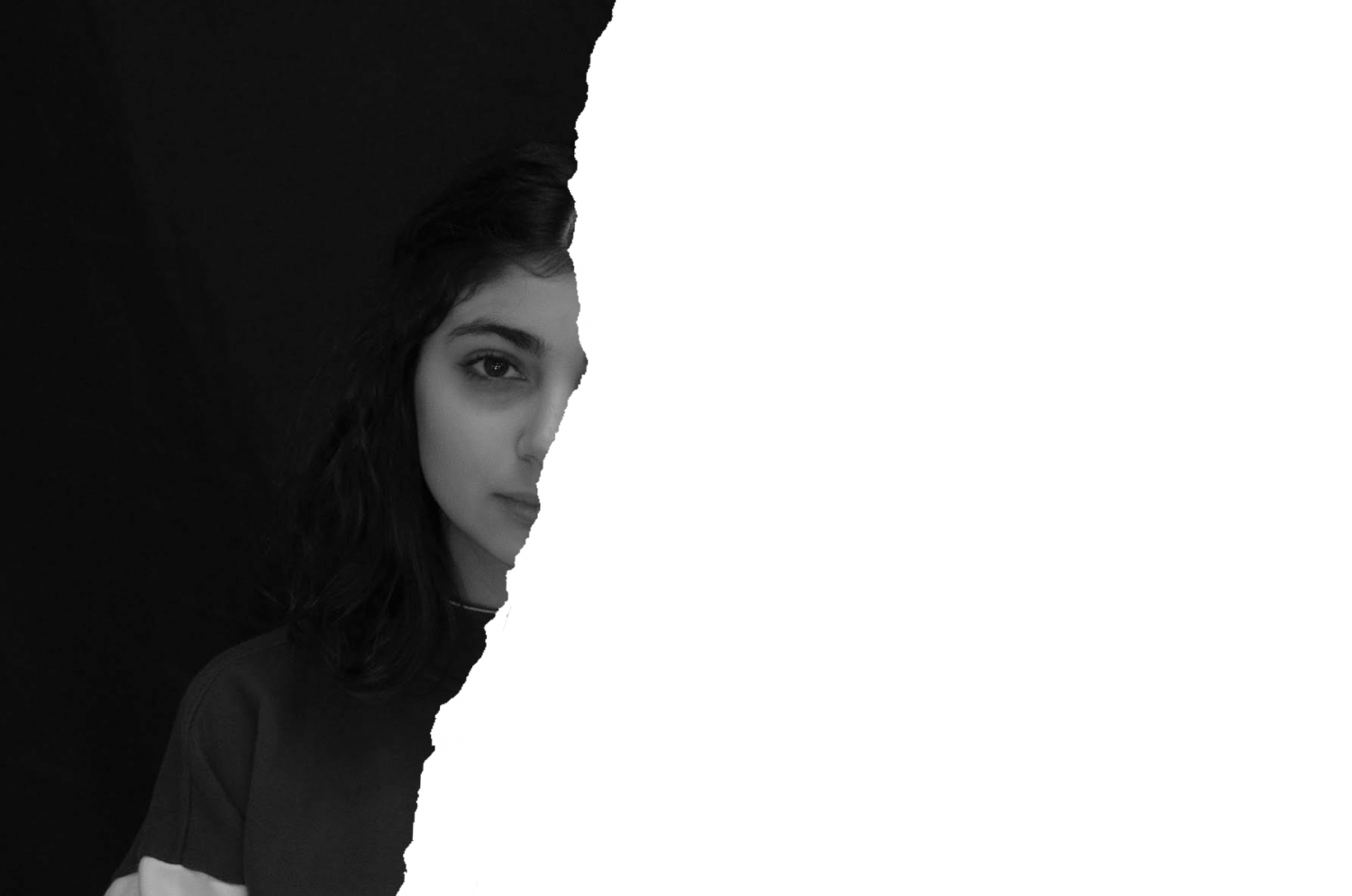 The room fills with the soft symphony of careless noise: the chatter of people filing in, the shuffle of desks and chairs, the dulled thuds of backpacks dropped onto floors. The day’s debate topic makes its appearance on the board as the gavel bangs the meeting into commencement, and East junior Leighton Heiner finds her place on the counter beside Mr. Newell’s desk, settling into the space just as East junior Allie Pratt takes her seat in Mr. Newell’s desk chair.

For the two teens, JSA is an important experience that’s helped form their views and is an experience that allows them to interact with both ends of the political spectrum. Despite having exceedingly polarized views, the students in the club are still able to talk to each other and have meaningful conversations about politics.

Pew Research Center, which has documented the rift for many years, defines polarization as the vast and growing gap between Republicans and Democrats, but Former Chair of Political Science Department at Columbia University Robert Shapiro wouldn’t put it so delicately.

According to Shapiro, the current hate culture, or “partisan conflict on steroids in which both sides hate each other,” found its start in the 1970s as political parties drew apart ideologically on all manners of political issues. Shapiro says that both Republican and Democrat parties are now very different from each other on a myriad of issues, many of which evoke all kinds of emotions.

“[Polarization] creates a boundary between the parties and the people,” Heiner says. “[When] you can’t find any compromise, the Democrats are ‘bleeding hearts’ and the Republicans ‘don’t care about anyone else’ because it’s just easier to separate yourself like that.”

There are several issues, according to Shapiro, that evoke strong emotions on both sides of the political spectrum, and part of it lends to how politicians deal with these issues.

According to Assistant Professor of Political Science at Columbia University Joshua Simon, Politicians are, in part, a reflection of the society that voted for them, something that he likens to a feedback loop. Politicians can be drivers of public opinion; the way they talk about issues changes the way people think about them.

“You have a kind of mutually reinforcing process where politicians become more extreme in their attitude,” Simon told Spark. “And at the same time, the population as a whole becomes more and more extreme.”

For Pratt, this occurrence seems natural.

“I think that’s just the world we live in,” Pratt says. “Anytime there’s a change in a nation, there’s going to be people taking opposite ends of the spectrum. And I think that the polarization of politics—the highest level of politics—is something that needs to be resolved.”

Another  survey by Pew Research Center done in September of 2019, many Americans said they don’t fully trust many of those who hold positions of power and responsibility. 79% believed that members of Congress admit and take responsibility for their mistakes only a little or none of the time, and 57% of Americans thought the same thing of their local elected officials.

In a survey done by Pew Research Center in July of 2019, 85% of Americans thought that the political debate in the U.S. had become more negative and less respectful.  73% of Americans said that the ‘heated’ rhetoric by politicians raised the risk of violence.

Director of the Center for the Study of Hate and Extremism Brian Levin at California State University says he’s seen spikes in not only hate crimes, but hate speech as well.

“[The] election of 2016 was the worst month for hate crimes in 14 years, going back to the first anniversary of 9/11,” Levin told Spark. “We’re seeing instances of actual fatal hate crime or terrorism taking place around similar catalytic events whether they be elections, highly conflictual trials, as well as issues relating to police use of force and legislation.”

In a report by the Center for the Study of Hate and Extremism, 2016 data revealed that African Americans were the most common targets of hate crimes and hate speech in most, but not all, of the larger cities. In 2016 and 2017, California had double the number of “confrontational, often violent” public rallies, often involving anarchists, leftists, Trump supporters, and white nationalists.

“The stakes became higher,” Shapiro says . “So politics [has] become more intense because the stakes are higher and [that] added to [the way] some specific issues have inflamed politics, and also how certain personalities have rubbed the other party the wrong way.”

According to Levin, this is a splintering that’s occurring demographically. He says that by looking at social surveys and data, it’s seen that people feel they’re the most racially polarized they’ve been in decades, feeling not only polarized politically, but entrenched in that polarization.

“We have this fragmentation in the body politic and social reasons that gives an opportunity for extremists to sculpt a message that relies upon fear,” Levin told Spark. “In normal times, when there’s trust in institutions and folks are getting along, those gaps don’t exist as an opportunity, but under current conditions they do.”

In Pratt’s eyes, it’s not an issue with people’s views so much as it is about coming together and collaborating. She says that within JSA, there are people from both ends of the political spectrum, either very liberal or very conservative, who are able to talk to each other and ask questions on their views without becoming hostile.

“And I think that at some point, professional politicians need to get over that point of ‘I don’t want to listen to you because you’re not working for exactly the same goal as me’” Pratt says. “That ‘my way or the highway’ type [of] deal.’”

According to University of North Texas Principal Lecturer Wendy Watson, one of the major factors that contributed to this political polarization is the economy.

“The economic collapse in 2008 and the ongoing sense the economy isn’t great has led to the idea that when another person wins, you lose,” Watson told Spark. “That makes [people] see other people as a threat.”

New York University professor of Politics Howard Rosenthal, author of the book Polarized America, would be inclined to agree. The book, which was written along with Nolan McCarty and Keith T. Poole, is an analysis of how the polarization within America has been accompanied by greater economic inequality.

Rosenthal says that polarization creates elected representatives, senators, and presidents who pay for policies to protect the welfare and income that favor the development of the rich. According to Rosenthal, most of the polarization in the past 40 to 50 years has been in favor of the Republican Party.

“Those [who favor the development of the rich] believe in what [is] called free market capitalism,” Rosenthal told Spark. “And they are not terribly concerned with the welfare of those less fortunate.”

According to Watson, the other major factor that has contributed to hate culture and the rise of hate speech is the internet, which she says has “given us a way to say horrible, hurtful things to each other without looking each other in the eye.”

“We see ‘Republicans’ or ‘Liberals’ as stupid, bad, immoral … and that’s where the conversation stops,” Watson says. “As a result, it’s easy to use harsh words. It’s much easier to use a racial epithet when you are tweeting than when you are across the dinner table.”

For Simon, the internet was something that held promise as a technology that would allow people to meet others different from them, challenging their view about the world by exposing them to views that differ from their own. But it didn’t quite seem to hit its mark.

“In fact, the internet doesn’t necessarily work that way,” Simon says. “We use all these programs on the internet, all these apps [and] social media that insulate us from people whose views are different from our own.”

Hate speech is protected under the First Amendment so long as it doesn’t incite violence, but according to Levin, what the internet has done is dissipate the hate movement. Without the barrier of physically coalescing, people are joining each other on the internet in what he sees as a significantly increasing number of extremist movements over the last decade. But there’s also been a shift, where more “loners or duos” are becoming radicalized on the internet from a “24-hour rally and buffet of hateful rhetoric.”

“It’s easier to go on the internet than it is to join the group, particularly if you’re in wide, far-flung places,” Levin says. “So, just as the internet has provided a social media community, it’s also a hate community that’s not bound by organization or borders.”

Shapiro says that there’s a lot of people finger-pointing at the role of social media, and helping them foment and maintain that that view of the media. According to Shapiro, the key thing is that “the divisiveness and hatefulness in politics has been created by politics itself and not by the media.”

According to a survey by Pew Research in December 2019, the evaluation of news media in the “Trump era” is overshadowed by partisan dynamics. The exploration combined more than 50 different surveys conducted by the center, combining over 100 questions that measured possible factors that could drive trust in the news media. In the end, it concluded that in the Trump era, nothing could match the impact of one’s political party affiliation.

In a poll by Gallup, a global analytics and advice firm, the happiness gap between whites and nonwhites surged during the Trump era, something the Washington Post called “the growing gloom among nonwhites”.

For the better part of the past two decades, whites and nonwhites were generally a few points apart on happiness, but 2020’s 14-point gap surpassed even that of the 10-point gap during 2005, the year of Hurricane Katrina.

“I don’t see any kind of unification of the nation in anything that [Trump] says; it’s mostly an ‘us against them’ rhetoric,” Pratt says. “[There’s] not much compromise in what he wants to achieve.”

According to Simon, it makes a difference in a country’s culture to have a president who says politically divisive things that uses people’s attitudes towards particular issues to his advantage.

“Even though they didn’t come out and say things like Trump says, they also, in their own ways, help to cultivate and sustain the hate culture,” Simon says.

But this ‘hate culture’ doesn’t appear exclusively in extremes.

Levin says that this “horrible, bigoted rhetoric” has roots in the mainstream, but now this rhetoric is being used as a sort of “political currency.”

“What we’re seeing is a blurring of the line,” Levin says. “Extremist political views which, in the past—would not have had an entrée—now, are parts of mainstream socio-political culture, which is unfortunate. And what that does is broadens the potential pool of people who have subscribed to those bigotries.”