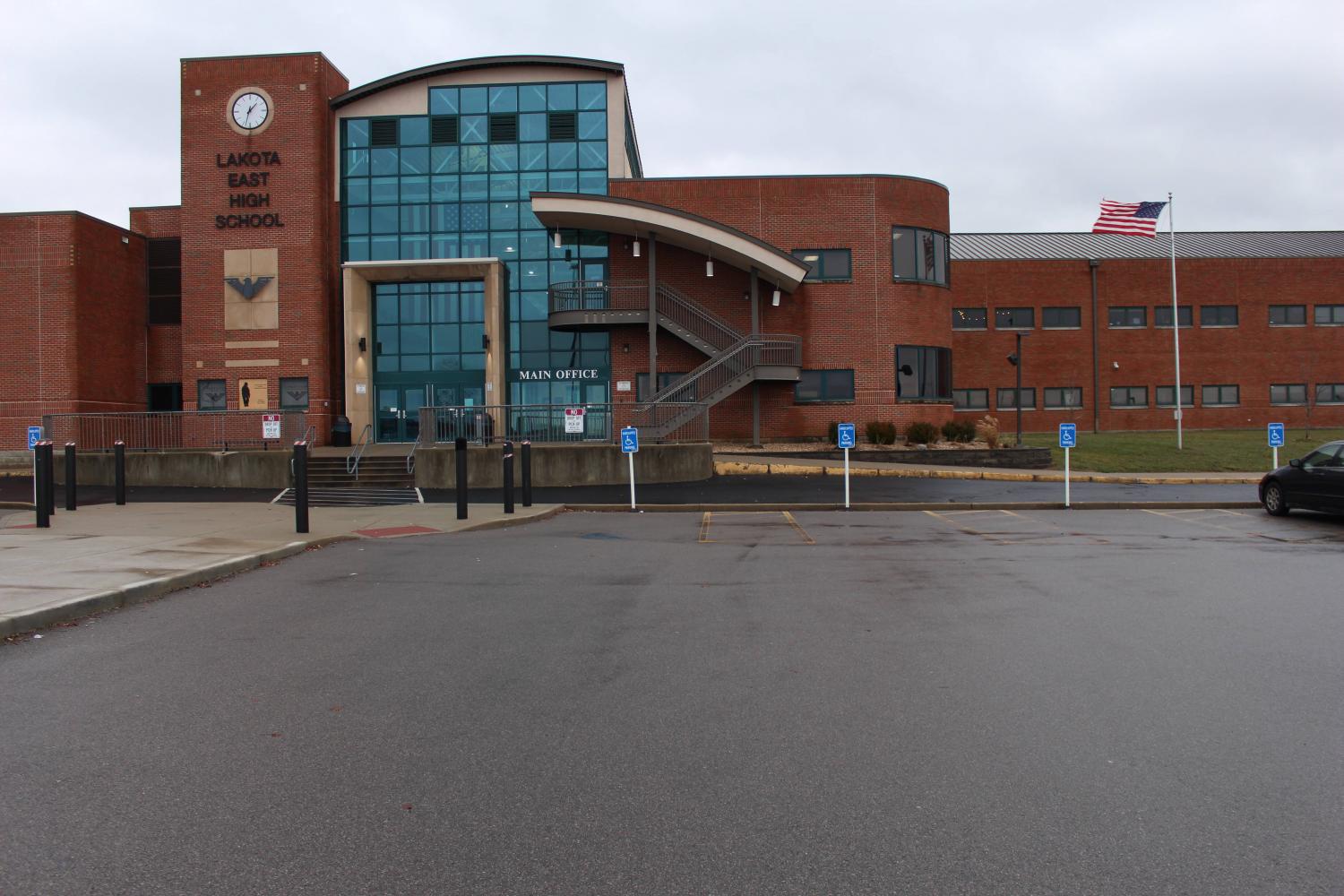 The Lakota Local School District recently received a B on the overall school report card for the 2018-2019 year.

The Lakota Local School district recently received an overall B on the annual 2018-2019 school report card, the same grade that the district earned for the 2017-2018 school year. The grades are determined by the Ohio Department of Education (ODE), the body responsible for overseeing the state’s public education system.

According to State Superintendent of Public Instruction at the ODE Paolo DeMaria, the school report cards serve as a way to communicate specific information to the public.

“They are a mechanism for sharing the measurements of the performance of schools and districts in the state of Ohio to the public,” DeMaria told Spark. “[They are meant to allow] communities, parents, citizens, and those who work in education to better understand how districts and schools are performing. [As well as] allowing schools and districts themselves to use the data in order to drive improvement and focus attention toward continually seeking excellence.”

There are six distinct elements that contribute to the overall letter grade given to each district and school, including Achievement, Progress, Prepared for Success, Graduation Rate, Improving At-Risk K-3 Readers, and Gap Closing.

The Achievement factor represents the number of students who have passed state tests and the scores they received. The Progress element considers student growth based on past performances. Gap Closing represents how well districts and schools are meeting expectations for every student, specifically more vulnerable populations and how well English learners are becoming proficient in English.

The Graduation Rate component shows the percentage of students who are successfully earning a high school diploma in either four or five years. Prepared for Success considers how well prepared Ohio students are for future opportunities. Lastly, the Improving At Risk K-3 Readers factor looks at how successful districts and schools have been at getting struggling readers to proficiency in third grade and in the future.

According to DeMaria, certain elements of the report card have the largest impact on the overall district grade.

“The two components that are weighted the highest are achievement and progress. Those are each weighted at 20% of the total grade,” DeMaria said. “The other four measures are weighted at 15% each.”

Compared to the 2017-2018 component grades, this year, Lakota maintained a “B” in Gap Closing and a “C” Improving At-Risk K-3 Readers. The district upheld an “A” in both Progress and Graduation Rate and a “D” in the Prepared for Success Category. The district dropped from a “B” to a “C” in Achievement

Lakota Executive Director of Curriculum and Instruction Keith Koehne told Spark that the district is planning to institute some methods in order to improve the Achievement category.

“[For the district], the achievement category is something that we are focusing on. A lot of it is just involving our professional development, our teachers and our use of data. We have looked a little bit differently at our report card over the past couple of years,” Koehne said. “We’ve heard from students, teachers and parents that they felt a strong emphasis on test scores in the past and we’ve been able to focus more on classroom environment.”

According to DeMaria, there are some select characteristics that must be present in order for a school or district to earn an “A” in the Prepared for Success component.

“It typically takes having the programming in place as well as the disposition and willingness among the staff, students and others in order to enroll students or create the opportunity for students to participate in things that yield points in the prepared for success indicator,” DeMaria said. “One of the things would be to help many more students achieve the honors diploma. A second key feature is ensuring that the opportunity for students to earn industry recognized credentials is available. A third key feature is the creation of an educational program that allows students to be successful on the ACT/SAT.”

For East graduate and attendee at the University of Cincinnati Grace Abdelnour, the

Advanced Placement (AP) classes offered at East have helped prepare her for college. However, other aspects of East have proven to be less beneficial.

“I’m definitely better at time management and note-taking and also I feel like because I’ve been surrounded by diverse people [during high school], I’m able to talk to people easily,” said the double major in Political Science and Law and Society. “I definitely use a lot of my reading and writing skills but I wish East taught different types of essay writing because in college, professors don’t want the five-paragraph essay that we learn in high school. Also it would be helpful to incorporate more projects instead of taking home worksheets every night.”

Koehne said that the district is planning to directly address Achievement, Prepared for Success and Improving At-Risk K-3 Readers within the next year.

“We have different plans in place for each of these. But those are the areas that we’re focused on,” Koehne said. “And we think we can raise all of those at least one letter grade by next year.”

Apart from the district grade, individual schools within the Lakota district also received a report card grade. Although the Improving At-Risk K-3 Readers category in non-applicable, East earned the same grades as the district in every other component category for the 2018-2019 school year.

East Principal Suzanna Davis said that the school report card is an essential piece of a larger puzzle.

“We’re consistently looking at our practices. We’re using all the data that’s available to us,” Davis told Spark. “If we look at the report card as a singular piece of data in terms of a much larger conversation, our shift towards more personalized classrooms and more personalized learning is definitely going to move us in the direction that we have set as a building and as a district. It’s certainly going to empower individual students to be performing at higher levels.”

Out of 202 East students surveyed, 65% were aware that East receives a school report card.

“There are always options available. [We’re able to] take more rigorous classes such as honors and AP in all subject areas,” Sennoun said. “[We can] join clubs and sports and take part in different national organizations such as National Honor Society (NHS) and Health Occupations Students of America (HOSA). These options are readily available and advertised. It’s just up to the individual student to take advantage of them.”

According to Koehne, the state report card is an inaccurate measurement of the achievements of East.

“[The report card] is one data point. It’s one indicator. There are a lot of other indicators of student success. The things that [students] pursue after high school are an indicator of success,” Koehne told Spark. “The health and well-being of our students and how much they are involved in extracurricular activities. We’ve talked to parents and college admissions officers and employers. A lot of them say that academic success is one piece of the puzzle.”

In agreement with Koehne, Wheatley said the report card determined by the ODE doesn’t completely represent all that schools and districts have to offer.

“We look at all the different programs that our kids are apart of [like] band, music, art, internships and all of the other things that we know are really important. [But] they aren’t measured on the state report card at all.”

Assistant Superintendent Rob Vogelman said that the indicators on the school report card shouldn’t be viewed as mandatory components that change the dynamic of the school.

“We can spend thousands upon thousands of dollars to meet that one little indicator. But it doesn’t change what we’re teaching,” Vogelman said. “We can force everyone to take the ACT to hit that indicator. But why? Because the state said we should? We want you to take the ACT to be prepared for whatever you want to do. We’ve prepared you. [Our] situation is weighing out what the state wants and what we [as a district] feel is necessary.”