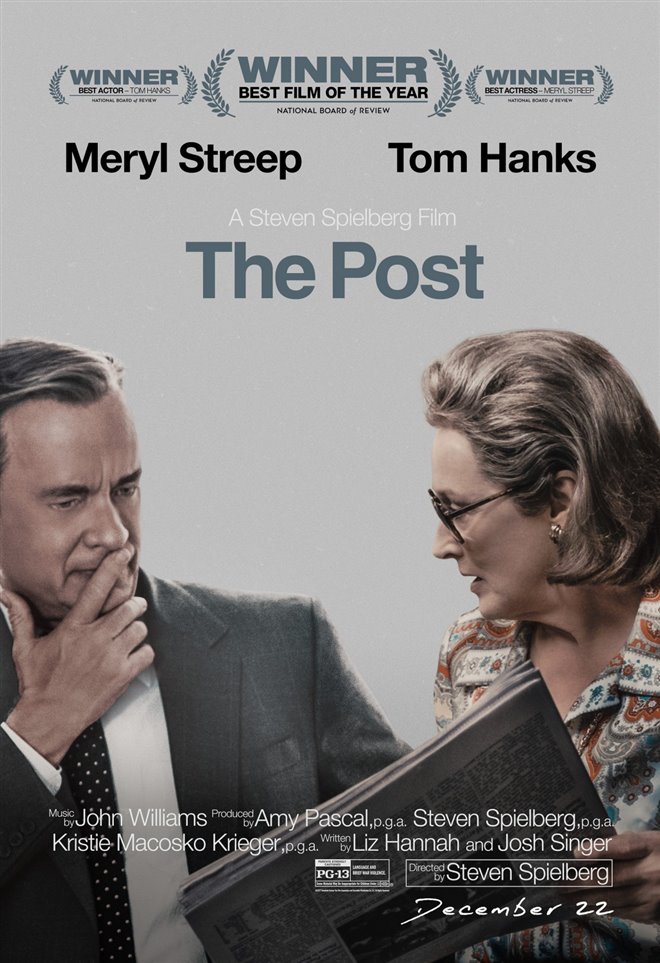 Today, the news industries that provide us with everything we know about the world are being corrupted by fear. Fear coming from finger pointing, name calling and constant berading has created a mistrust of every source. “The Post,” directed by Steven Spielberg, brings viewers back to a time when news was not only trusted, but depended upon by an entire country.

“The Post,” a historical drama, focuses on the Washington Post that was formerly a smaller family-owned newspaper. Set in the 1970s during the very disputed Vietnam War, “The Post” encapsulates the time period’s tension.

When The New York Times publishes part of the Pentagon Papers, the American public is shown that the government has lied to them throughout the war. President Nixon and his administration misled the American people on the war’s progress, death tolls as well as the severity of the escalating conflict. The New York Times is ordered by courts not to publish anymore documents, which leaves The Washington Post to decide whether or not to publish the documents they have gained access to.

While the movie relies heavily on character conflict, it never forgets that movies are, in the most basic sense, a visual medium. Spielberg keeps the sets of the movie minimalistic and allows the cinematography to tell the story in a more visual way. Even the score remains quiet for most of the movie. This allows the actor’s talent to push through without the distraction of a heavy background.

As for character conflict, this movie does not disappoint. Meryl Streep, playing Katherine Graham, The Washington Post’s publisher, puts on yet another beautiful performance. Graham recently inherited The Washington Post after her husband died. Surrounded by men telling her exactly what to do, Graham struggles to find her own voice. The subtlety of Streep’s acting is what makes Graham so compelling and empowering. She quietly builds confidence throughout the movie until finally she takes command of the paper that is rightfully hers.

While the movie begins with a message of importance of freedom of speech, Graham also makes “The Post” a powerful statement of feminism. At a time when women were often looked over, Graham is a woman in power. Surrounded by men telling her exactly what to do, Graham soon learns to find her own voice.

Graham and the executive editor of The Washington Post Ben Bradlee (Tom Hanks) both struggle to separate their own personal relationships with the constant need for a source. This creates a more personal conflict that we see develop through the movie as Graham has to decide whether to protect her friendships or inform the public. With a strong cast supporting them, Streep and Hanks show us one of their strongest performance in years.

“The Post” is very much a psychologically thrilling movie. However, unless the audience enjoys that part of history or lived through it, the plot can be very hard to follow and can come off as bland political talk.

The movie is clearly trying to cater to an older audience. However, if the audience can get past the film’s slower pacing, there are strong and engaging themes of feminism and freedom of speech that mirror discussion today.

The film was released at a time when many Americans questioned how much a president should control the public’s knowledge of government affairs. Nixon’s voice, used throughout the film, serves as an eerie reminder of what unchecked power can do. While “The Post” is about a newspaper in the 1970s, it’s message could not be more relevant for our society today.