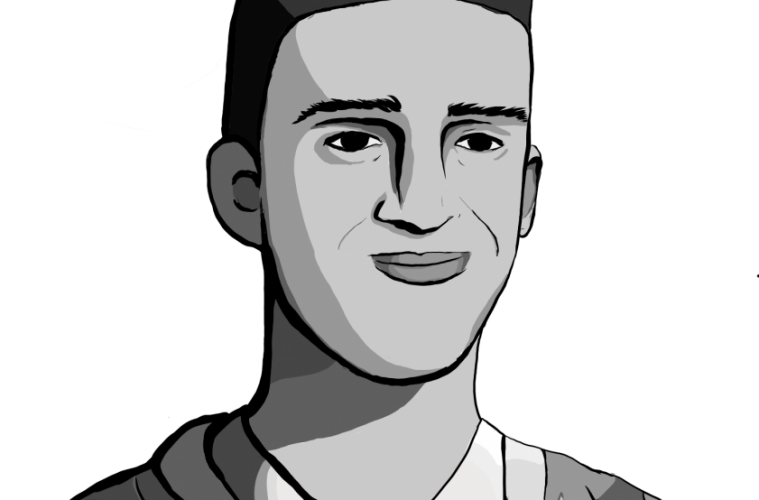 A Passion for Football

Editor’s Note: This is a follow-up of the Issue 2 package on the 20th Anniversary of Lakota East.

East 1998 alumnus Nick Froslear followed his football team to East in the infamous Lakota split, and he couldn’t have made a better decision.

It’s a crisp autumn day. The sun is setting to the west, creating an array of colors with one great big ball of orange light shining down onto East’s football field. Gray and black uniforms bounce up and down as the team completes their final drills at the last practice of the season.

“I remember lining up and thinking to myself ‘I hate running wind sprints, we all do but this is the last wind sprint at a football practice that I’m ever going to run,’” 1998 East alumnus Nick Froslear says. “This is the last practice and game I will ever participate in in football as a player. I was determined to run that wind sprint as hard and fast as I could. I was trying to savor every moment of being on that team.”

The players line up, the breeze dancing softly across their faces. They were about to finish their last set of wind sprints. It was a drill that was dreaded by each and every one of them. But one senior was determined to run as hard and fast as he could.

For Froslear, the sun setting on his high school football career was devastating but following the team to the new Lakota East building that year was the best athletic decision he would make.

When Lakota High School split into Lakota East and West in 1997, seniors were able to choose which school they wanted to attend, regardless of geographic location of their home. When Froslear was given this opportunity, he decided to attend East with his teammates. His fraternity was his family since they had grown up together and made the playoffs in years prior.

“I was not a very gifted athlete and I knew that,” Froslear says. “I knew that I was not going to play college or professional football. I was trying to savor every moment of being on that [high school] team.”

Being on the football team wasn’t the only thing he was trying to savor. Froslear says that some students took the split more personal than others. He, on the other hand, looked at it with a fresh perspective.

“The opening of the school itself was definitely memorable. Just walking in for the first time, it was awesome knowing that we were going to be the first,” Froslear says. “There were going to be many others who followed after us and I was doing everything I could to try and set a good example for others to follow our footsteps.”

Twenty years later, Froslear’s best friend from high school April Schmid Vermeire remembers all of the fun things they did together, such as bowling and hanging out at the Forest Fair Mall. Now she has been teaching kindergarten for 16 years at Bradford Prep School in Charlotte, North Carolina.

“He was a football player and in the band. His love for football was a lot different than the guys who just wanted to play; he was very passionate,” Schmid Vermeire says. “[In] one game he actually got to play in, he scored a touchdown and I just remember actually screaming from the stands because I got to see my friend score a touchdown.”

After high school Froslear attended Bowling Green University to obtain his Business degree. It was there that he got to know his future wife Danielle Froslear. They both met through Danielle’s best friend April but didn’t know each other well in high school.

“It wasn’t until college that I got to know him better. We both went to Bowling Green and our paths crossed a lot so we remained friends,” Danielle says. “After college we went our separate ways, but actually got back in touch when we were planning our 10 year high school reunion.”

Danielle, originally a West grad, worked for two years at Liberty Junior School and eight years at East teaching Spanish courses. She says no school would ever “top teaching at East.”

Nick had some teachers that he will never forget including Bonnie Cook and Kay Watson. Cook taught Nick’s pre-calculus class as he refers to her as “hysterical.” Cook made the “dull course” to most more alive and exciting. She was personable and connected well with her students by using her playful humor to lift spirits of those who missed the answers.

Watson at the time taught Advanced Composition. She challenged Nick and helped him take his writing skills to the next level. By the time he graduated college, he felt his ability to write and articulate a story were top notch.

“I think about all of them a lot and what I learned,” Nick says. “I consider them to be my mentors. I trace it all back to the skills they taught me. We still keep in touch and remain friends to this day.”

From following dreams, to settling down to start a family, Danielle credits both her and Nick’s successes in life, to East.

“The people there [at East] are just world class outstanding people. My time there as a teacher and Nick’s time there as a student really shaped who we are today,” Danielle says. “It instilled in him a love for football, business, and math. Nick owes a lot to what he learned at East and the Lakota teachers.”