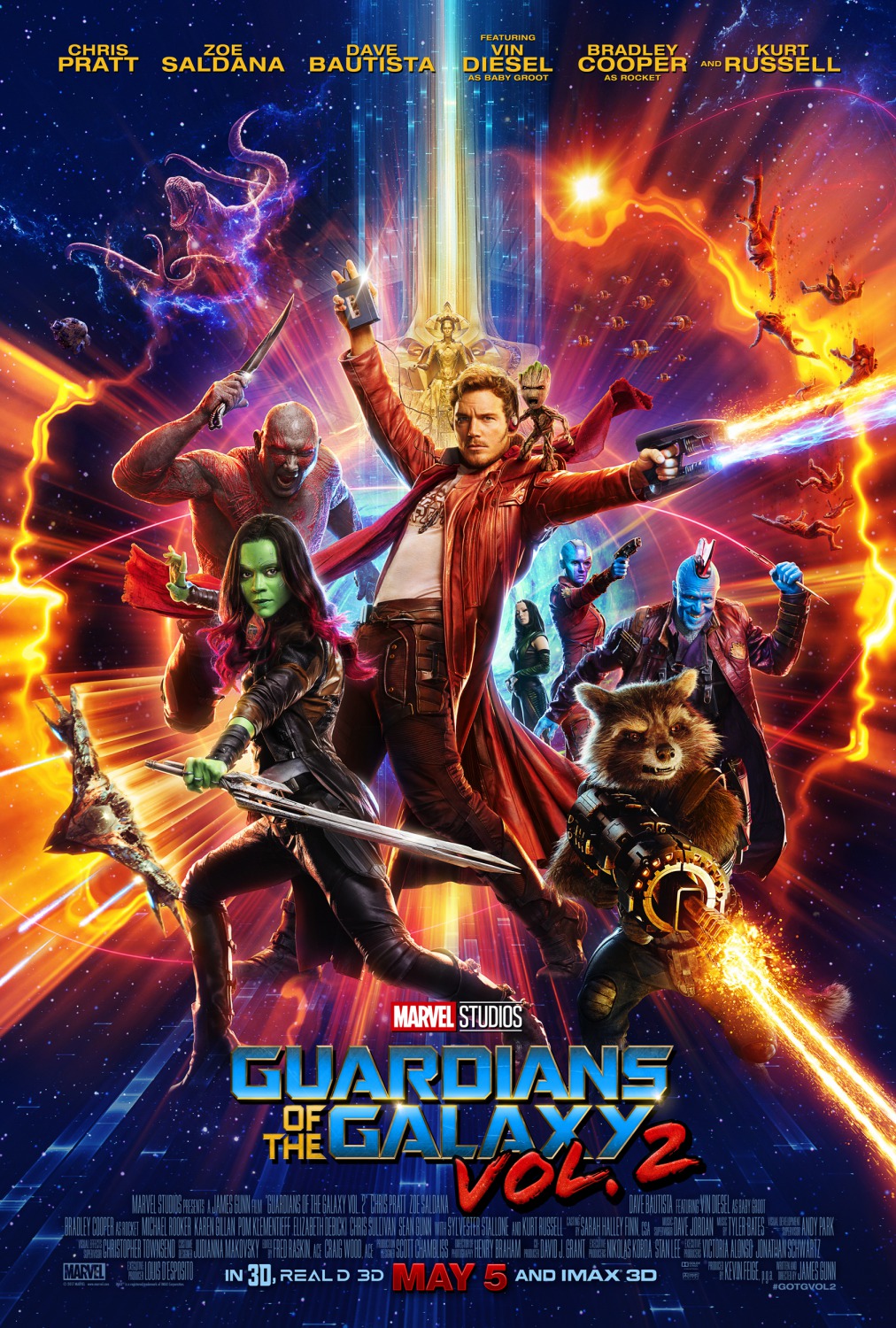 Guardians of the Galaxy Vol. 2

By Austin Black | Photography Fair Use

It’s extremely rare for a sequel to be equally enjoyable, exciting and surprising as the first film, but James Gunn’s “Guardians of the Galaxy Vol. 2” proves to contain all those aspects. Marvel Studio’s 15th film in their Marvel Cinematic Universe stars Chris Pratt, Zoe Saldana, Bradley Cooper, Vin Diesel, and a plethora of other amazing talent. Most of the cast reprise their roles from “Guardians of the Galaxy” which did remarkable in box offices. This led to the expectations for “Guardians 2” being extremely high and put lots of pressure on everyone involved in the production. But, director and writer James Gunn and his crew proved to deliver with phenomenal style. They matched the first films wit, humor, memorable characters and amazing soundtrack with perfection, while also supplying audience members with a better antagonist, ending and version of the beloved Groot.

To put things plain and simple, “Guardians 2” is the perfect movie to start off the summer. Not only does it include immense action, but gives audience members a plot and character development that are crafted like an award winning sculpture. The story involves Star-Lord (Chris Pratt) finding his unknown father, while other members of the Guardians get into their own problems. Star-Lord’s father Ego (Kurt Russell), turns out to be an energy source formed into a power hungry planet. Ego wants to use Star-Lord for his own benefits. While this plot is fresh within the Marvel Cinematic Universe, it is driven solely by the characters. Without the characters and their respective actors, the plot would fall flat on it’s face and have nowhere to go.

After Star-Lord meets his father, which is towards the beginning of the movie, there seems to be nothing driving the story. With no magic gem to get or anyone to save, it’s just Star-Lord and some of the Guardians chilling with Ego. Even though the other Guardians are getting wrapped up in their own problems in a subplot, the main story of the movie seems to be going nowhere. Then it starts picking up again and things get crazy. Big battles ensue, a substantial twist occurs and the movie ends on a tear jerking note.

While the story slightly suffers from a “20 minutes of nothing”, the movie’s strength is within its characters and their chemistry together. During that gap of time, Ego and Star-Lord show an amazing amount of chemistry. Without that chemistry, the movie would have suffered greatly. Kurt Russell was casted perfectly as Star-Lord’s dad as audience members could have believed that Russell was Pratt’s father in real life. Yondu (Michael Rooker) stands out for having the best action scene not only in this movie but in the entire Marvel Cinematic universe. Baby Groot was shown in advertisements as extremely cute and funny, which was expanded upon in the film to everyone’s delight. His movie has some of the best characters and each one receives a memorable scene and quote.

With these elements, accompanied by amazing visual effects, and the killer “Awesome Mix Vol. 2”,  “Guardians of the Galaxy Vol. 2”  brings the series one step closer to becoming one of the best movie trilogies of all time.