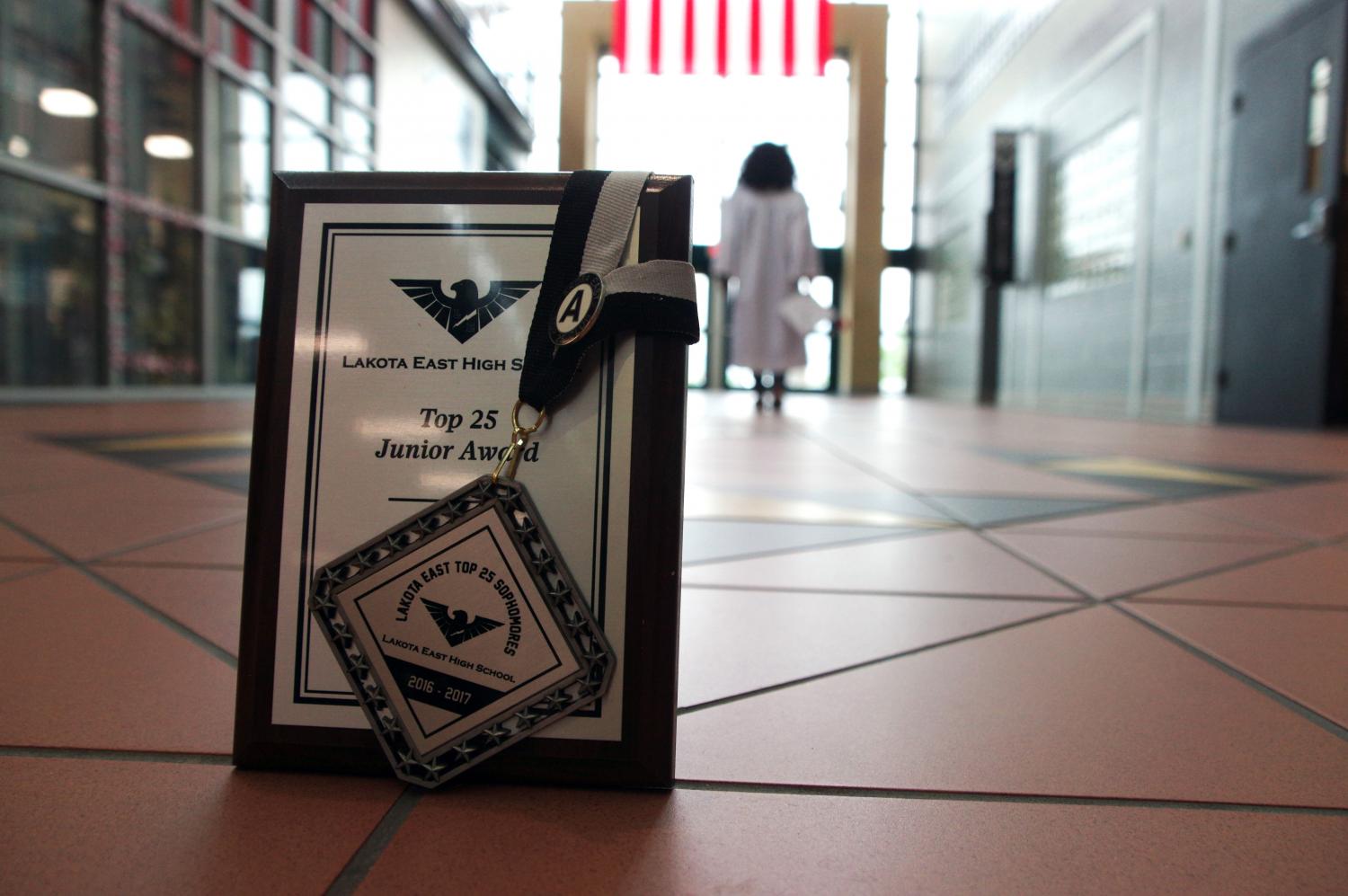 Students in the Top 25 of their class were surveyed and expressed their thoughts on class rank and the academic honor they receive.

At East, the Top 25 students in each grade are considered the highest academic achievers among their peers. But to some students that currently hold the honor, having this recognition is a double-edged sword.

“It’s hard for me to say if I am in favor of class rank. Personally, being in the Top 25, it’s nice to be recognized for hard work, and to be entirely honest it makes me feel good about myself,” said an anonymous junior in the Top 25. “But people focus too much on getting grades and taking certain classes just for rank and GPA weight instead of placing value on learning.”

An anonymous survey conducted by Spark of 53 of the 100 Top 25 students across the four grades received several similar responses.

“There are good and bad aspects of the class rank system,” said a Top 25 sophomore. “I know for me it puts an added layer of stress to stay in the Top 25, but it also gives me the motivation to stay on top of my work and push myself.”

East Top 25 senior Heath Wilson felt being ranked gave him the motivation to work as hard as he did throughout high school.

“In the end, it was all worth it for me because I put in the work,” Wilson said. “I was ranked 52 freshman year and I set a goal for myself. By senior year I accomplished that goal. Now I’m remembered as being in the top 25.”

For East senior and co-valedictorian Julia Finley, being ranked so high throughout her four years at East affected how she went about high school.

“I genuinely feel like I would have had a much different high school experience if we didn’t have this competition,” Finley said. “And it’s not me that’s making it a competition. It’s just the culture of [the school]. Teachers and other students would always ask me if I was going to ‘win’ like [being valedictorian] was a prize to be won.”

“Class rank has been a huge pressure on me and a ton of other people I know,” said a senior in the Top 25. “Everyone begins to compare each other, making sure they know the exact positions of all their friends. I know a couple of people whose mental health has been seriously hurt due to this pressure.”

Freshmen, who are being ranked for the first time in their academic careers, feel the pressures that come with being ranked highly incredibly early.

“Knowing your class rank is validating to some extent, but I was the third in my class and my parents expected more,” Top 25 freshman said. “Class rank comes with tons of pressure from not only parents but peers and teachers also.”

Not everyone in the Top 25 seemed to feel this pressure.

“While I didn’t necessarily feel pressured to stay in the top 25, there would always be a feeling of disappointment when my class rank slipped,” said a Top 25 senior. “I usually just shrugged it off though, figuring that I was pursuing learning opportunities in some unweighted classes instead of taking all Advanced Placement classes.”

For East senior Chloe Huggins, at the end of the day, she tries not to let the pressure get to her and knows she will remain motivated as she moves on to college.