Experiences such as running through trenches, navigating through dense jungles or riding a naval ship across the Atlantic Ocean will always lurk in many veterans’ minds. Most of these scenarios would not be an everyday task for the average American; however for a veteran, the past could never really stay in the past.

In West Chester, Ohio, Veterans of Foreign Wars (VFW) Post 7696, one of many posts, sits veterans who have served and are eligible under many requirements, like wars in which they fought.

Besides occupational duty, the veterans served in World War II, the Korean, Persian Gulf, Vietnam and Iraq Wars, Panama, Lebanon, Grenada, Afghanistan and other expeditionary campaigns, according to the VFW website.

Veterans of the West Chester location bring many different experiences and memories from different wars in several locations overseas. 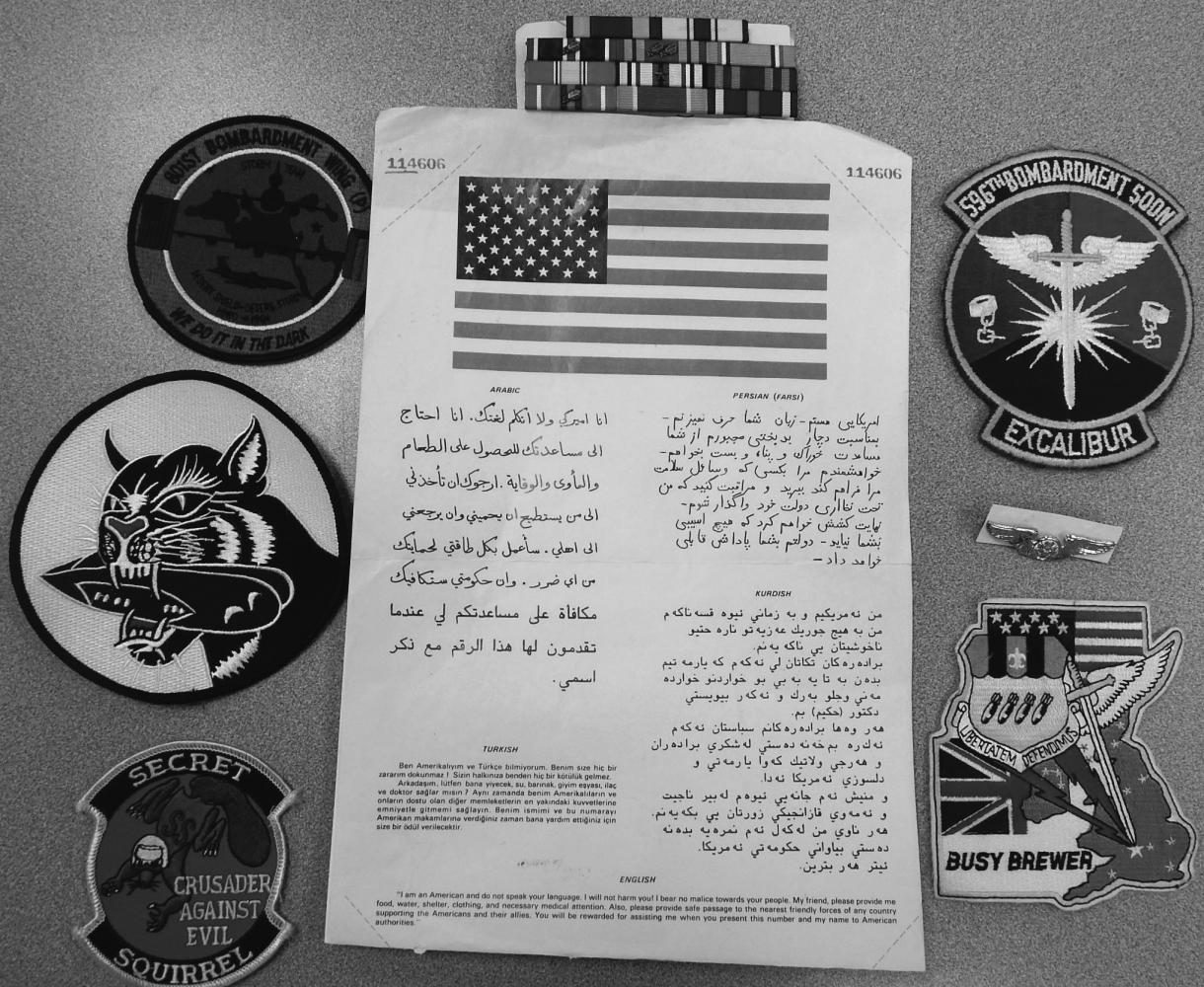 Patches earned by a veteran from the VFW

One of the oldest participating veterans in the VFW is 95-year-old World War II veteran Byron Sales. As a naval sailor, he learned lessons that no one else could learn, such as the importance of working hard and the ability to adapt to unexpected surroundings.

Besides these valuable life lessons, the good and bad memories will never slip his mind. Things like eating different  foods, listening to intense commands and getting to know his fellow sailors from a nearby ship over a movie night. There will always be a new story for Sales to tell.

“I didn’t like [the food], but I had no choice,” Sales says. “When you go out to sea, you get a lot of nice food but sometimes it gets exhausting [sick] and we wouldn’t be able to meet a destroyer-tender [an auxiliary ship designed to support other warships and destroyers], which carries a lot of extra things [like] milk which is very important. Then we used water and got powder milk and eventually you [learn] to like it.”

He is able to pass these special recollections on to his fellow VFW members, especially his close friend and B-52 gunner Mike Barker.

Barker flew in Operation Desert Shield/Persian Gulf War and the Cold War with family ties to the armed forces. His love for flying developed while he was in high school and he pursued into the United States (U.S.) Air Force because all he wanted to do is fly. Throughout the journeys he embarked on, he not only met the love of his life but he made unforgettable memories.

“So, I wanted to be in the U.S. Air Force and I wanted to fly. ” Barker says. “My father flew in the U.S. Navy [during] the Korean War, my uncle was in the Vietnam War and so there is just a sense of service.”

With an impression of patriotism in his blood, making the decision to fly came to Barker naturally; therefore, serving in multiple foreign wars for the U.S. not only created a proud country but also lets Barker get more time in the air.

Friends and fellow veterans  Don Carter and Dave Smith both fought in the Vietnam War and served for their country in as many ways as possible. Not only will they never forget memories made, but lessons were learned that could only be retrieved in the terrain of Vietnam.

“Being in the war has taught me bravery, courage [and] appreciation at an extreme level in comparison to others,” says Carter. “Vietnam was definitely life-changing and I wouldn’t change it for the world.”

Smith not only experienced similar memories and lessons from the war, but also thought about the younger people in the U.S. and set a mental reminder to not let the patriotism escape his current lifestyle.

“What young people don’t understand is that they are the future,” says Smith. “Don’t let that strain a lot out of you, just keep that patriotic flow in your veins.”