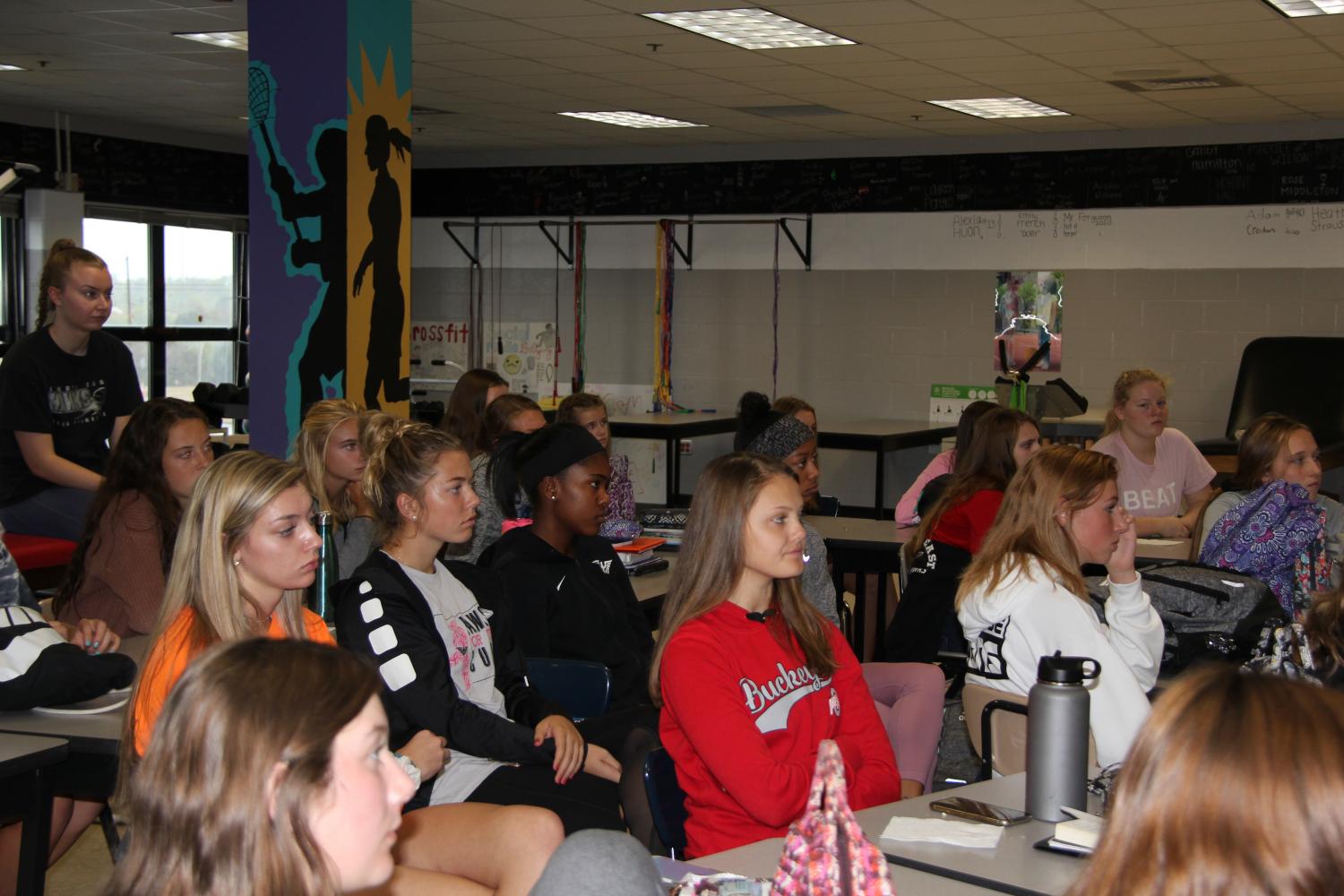 story and photography by Natalie Mazey

The start of a new school year brings with it new school supplies, new classes, new teachers, and new clubs. The Girls Athletic Leadership Club (GALS) launched with the start of the 2019-2020 school year in hopes of changing the experience for women in athletics.

East basketball player and junior Brianna Harris saw the issues facing girls and women in athletics, and took an opportunity to change things herself.  Harris said she saw an importance in learning leadership skills in high school, but the space for girls to develop these skills was lacking.

“Last year, there was the Women in Sports Seminar and a lot of girls had ideas and they were saying they wanted [more] out of their sport, but nothing was happening,” Harris said. “So I decided to create the club.”

“The goal is to get more of us entering games and then maybe other people will come as well,” Harris said. “But it starts with us supporting each other.”

“One of my biggest missions in my life is to empower young women,” Drew said. “But I’m obviously super passionate about female athletes because I was a female athlete.”

GALS is female driven and female led. In the future the club wants to be able to help the next generation of female athletes entering high school gain the capability to successfully lead a team on and off the court.

As the year progresses, the club is planning to go to Liberty Junior to build relationships with younger female athletes and to help them to maintain their passion for sports.

“Our goal is to support female athletes and encourage younger athletes,” Harris said. “We’re going to start to do some more [activities] over at Liberty Junior as well and get them more involved in sports and stay in sports.”

Drew said the skills GALS is teaching its members allow for these women to have a better grasp on how to handle leadership and how to face adversity.  At their meeting on Oct. 11, East alum and current University of Cincinnati (UC) women’s basketball player Sam Rodgers came to speak about her own struggles and how she was able to overcome them.

“If I can bring someone closer in age that’s able to [talk to the girls], I think that gives them great influence” Drew said.

East sophomore, volleyball captain and GALS member Erin Cooney, has been in a leadership position for most of her athletic career, and she has seen firsthand how a female-focused group can help to generate leadership skills.

“It’s kind of a male-dominated society, or it has been in leadership,” Cooney said. “GALS is for any female that wants to be in it, and they still learn the leadership skills and translate it to their school life or athletic life.”

Drew sees the ideals instilled in the girls participating in GALS as applicable to all aspects of life and helps to generate leaders equipped with the tools needed to handle any challenge thrown their way.  As the club charges forward into fulfilling their mission, Drew is excited to work alongside these girls in preparing them for the future.

“I think an opportunity like this can help them grow, and inspire them to do more with it,” Drew said. “I’m just excited to help them do it.”