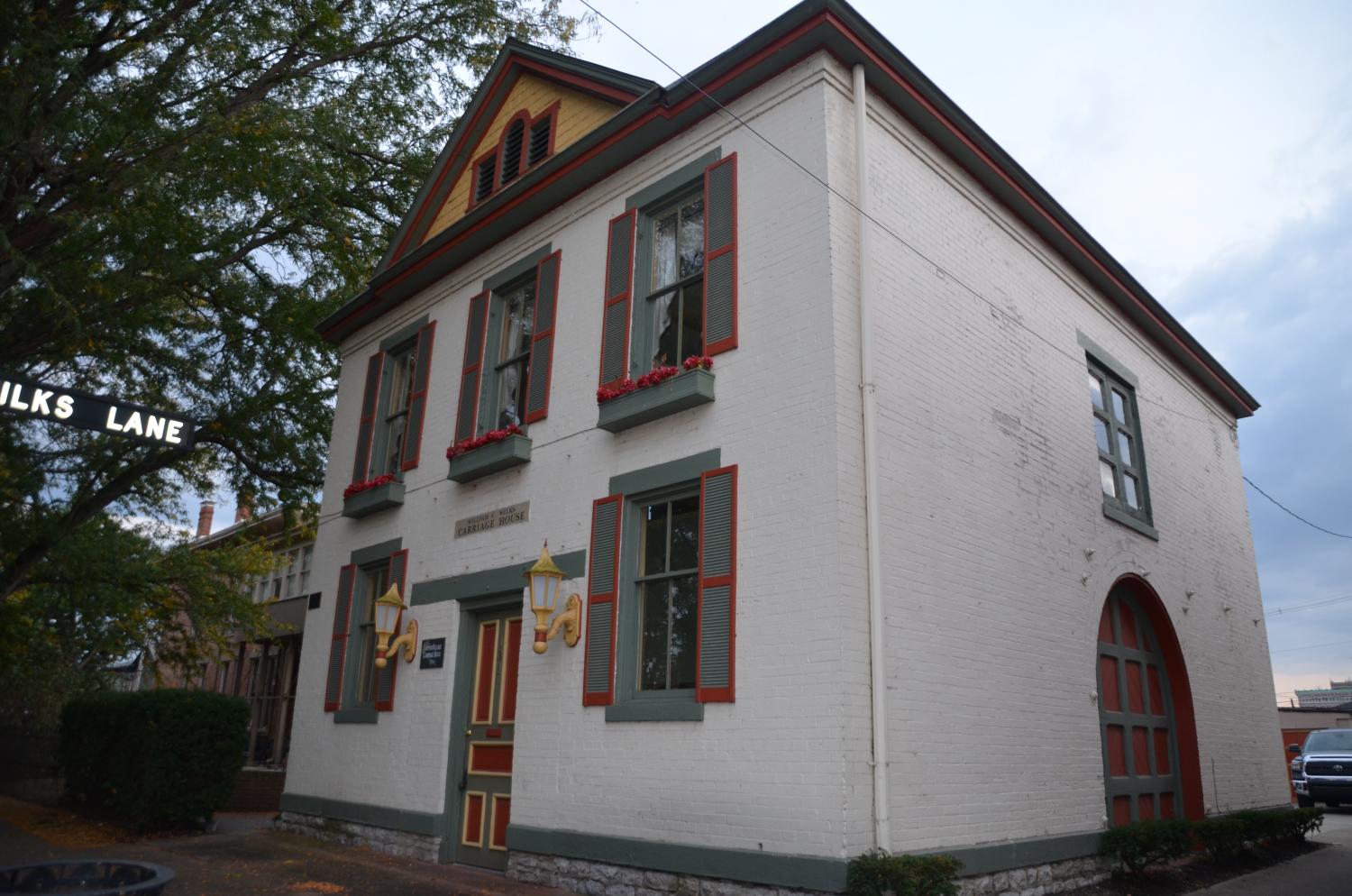 The Carriage House is located on Wilks Lane in Hamilton.

Largest Ghost Hunt in the World

Hamiltucky Paranormal Investigations started in 2009 as just a Facebook page. They are a company committed to investigating the unknown with their expert ghost hunting material and psychic contributions. From posting interesting stories and personal experiences to hosting live events, Hamiltucky Paranormal became what it is today with the help of the Hamilton, Ohio community.

On Sept. 28, 2018, the World’s Largest Ghost Hunt took place in Hamilton at the Carriage House in Hamilton’s German Village. The event was hosted by Hamiltucky Paranormal and organized by the owners Sean Clark and Shannon Biehl.

The last Saturday of every September is also known as National Ghost Hunting Day, established in 2016. Events around the world take place in the United States, Mexico, Canada, Philippines, India, England, and Australia. This international holiday was started by Hamilton, Ohio residents Maria and Bob Schmidt.

From 8 p.m. to midnight, participants who purchased tickets online were able to witness the paranormal activity in a historic community meeting place. People from all around Ohio came together in hopes of seeing the reported paranormal activity.

One of the 25 participants was northern Ohio resident Allison Lausche, who came to affirm her belief of ghosts and spirits.

“A lot of people are interested in the paranormal,”  Lausche says. “I just want to know what is out there.”

The German Village is one of the many historical attractions in Ohio and benefits from people coming together for events like the ghost hunt. Hamiltucky Paranormal raises money for the community during every one of these events.

“All of the money goes back into the German Village. We enjoy helping out the community that gives us these opportunities,” Biehl says. “We’re not getting paid to put on a show, like other investigation groups.”

Hamiltucky Paranormal has been located in Hamilton since its beginning. The constant sightings of the unknown make for lots of opportunities to investigate. Outside of this company there are ghost hunting tours and events all over the southwestern Ohio area.

“We definitely gravitate towards wherever the most paranormal activity is going to be,” Clark says. “This particular area in Ohio just so happens to be great for connecting to spirits.”

According to Clark, ghost hunting is very popular in Ohio and Hamilton especially. Hamiltucky Paranormal has always had good results while investigating in Ohio and while talking to the spirits they encounter.

“Other paranormal groups are in it for all the wrong reasons,” Clark says. “When communicating with spirits you want to be respectful, just like you’re talking with another person.”

One of the most important reasons Hamiltucky Paranormal does what they do is to help people.

While the group does investigate the unknown, they also help provide closure for people who are missing their late loved ones.

“People always have questions when their family or friends have been taken away,” says

Biehl, “And sometimes that reassurance that they are still here and still with them can make all the difference.”