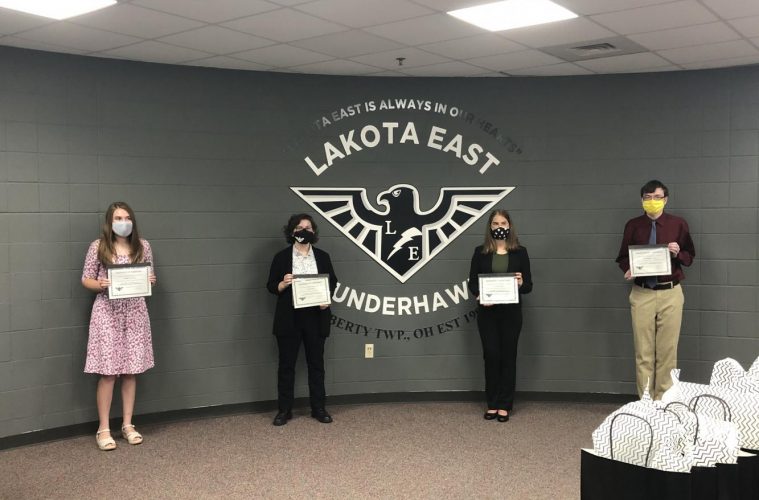 Mages, who is 18 years old, is one of them. The National Merit Scholarship program is a United States academic scholarship competition for recognition and university scholarships. This competition is open to all U.S. High School students who meet the three published requirements: students must be a U.S. citizen, be enrolled as a high school student, and take the PSAT/NMSQT (Preliminary SAT/ National Merit Scholarship Qualifying Test) while they are in school.

According to the College Board, the test is broken down into two sections: Evidence-Based Reading/Writing and Math. Students receive scores from 200-800 for both sections, and these scores are combined to form the total score from 400-1600.

“[When I discovered that I was a semifinalist] I felt excited and a little overwhelmed. It’s a humbling experience to know that so many people took the PSAT and I was in the top percentile,” Mages said. “I didn’t go into it thinking that I would win, but it was a hope of mine.”

Mages was just one of the four semifinalists. Allison Pratt, Audrey Earnest and Courtney Lyden were also granted the honor. Each year, approximately 1.5 million students enter the program. However, only about 16,000 students are notified in early September that they have qualified as semifinalists.

Qualifying scores vary from state to state and from year to year, but the scores of the semifinalists are all considered extremely high. In February, about 15,000 semifinalists will be notified that they have advanced to the finals. 17-year-old Allison Pratt is anxiously anticipating February in hopes of advancing in the process and continuing on to her dream school, Carnegie Mellon University.

“My counselor, Mrs. Fisher, notified me during Hawk Time that I had become a semifinalist,” Pratt said. “Later down the line, I had to fill out forms in order to qualify me as a finalist.”

Starting off in March and continuing to mid-June, National Merit Scholarship Corporation (NMSC) notifies approximately 7,600 finalists that they have qualified as Scholars and will receive a Merit Scholarship award. Winners are selected by a committee of college admission officers and high school counselors and receive a single-payment scholarship of $2,500. Scholarships are only awarded to students who take the PSAT before their third year of high school is over. Thus, current East juniors must keep this in mind when registering for the test this year.

“Going into [the PSAT], the National Merit Scholarship was definitely the biggest thing on my mind,” Lyden said. “I studied leading up to the test because I really wanted to make the cut. College costs a lot of money, so it’s a great opportunity. It also validates all the hard work that I’ve put into school.”

Lyden is an East senior with big aspirations for the future. With a perfect score on the PSAT, she is prepared to apply to her dream school, Rose-Hulman Institute of Technology in Indiana. She expects to major in either software engineering or computer science and minor in Spanish. For students such as Lyden, the PSAT can help better prepare them for the upcoming SAT and financially for the future.

“I was relieved because the National Merit Scholarship is a big deal,” Lyden said. “It’s something I’ve been wanting since freshman year. I was super proud and happy because I can see how proud I’m making my family, so it feels good.”