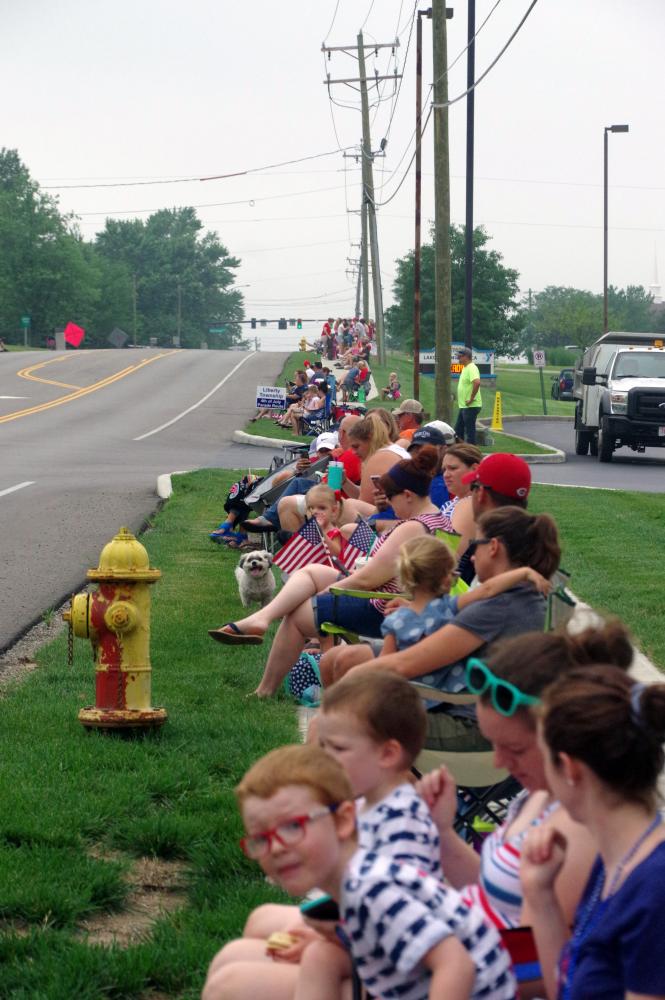 Residents of all ages wait anxiously for the parade to begin. 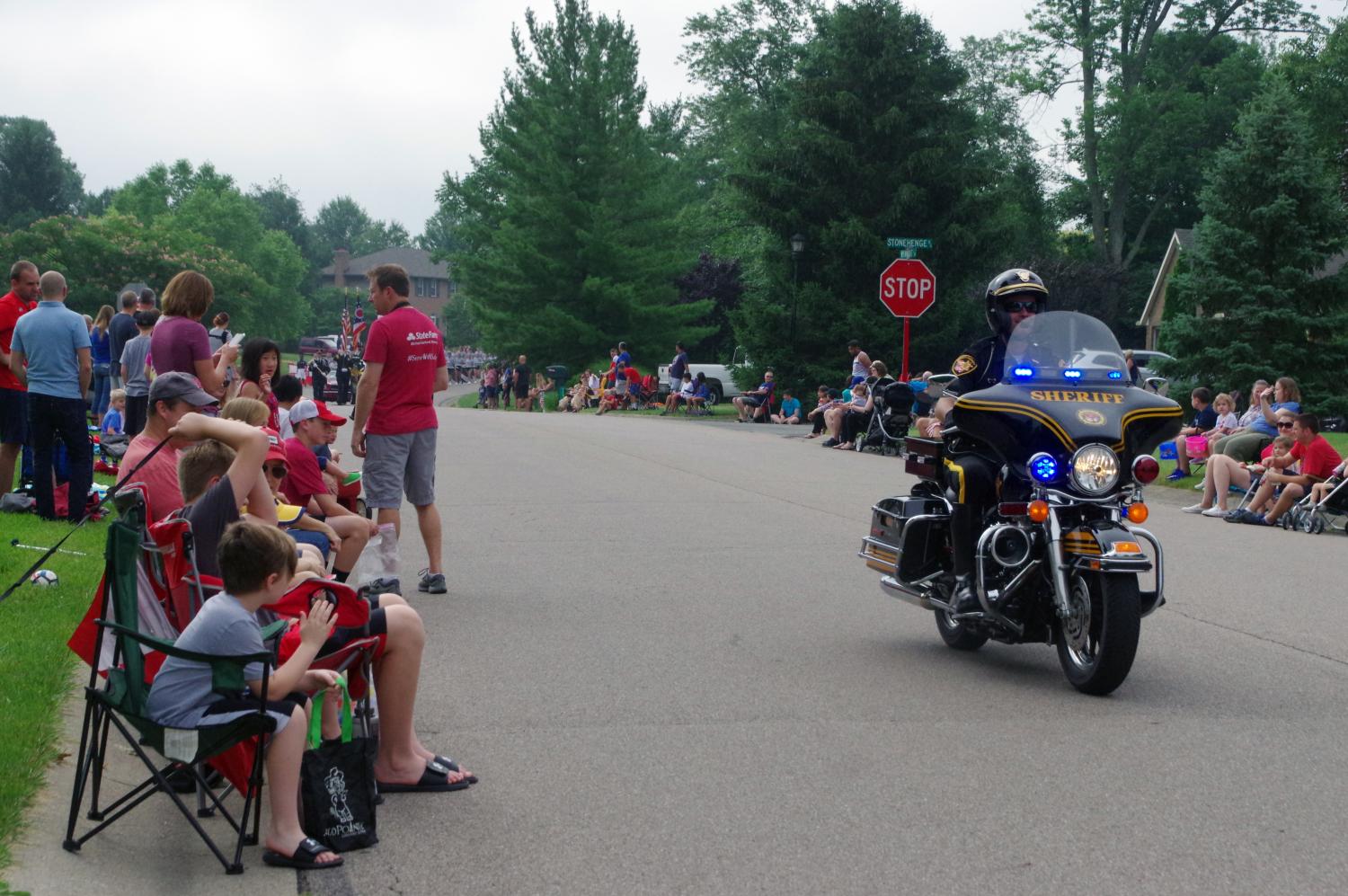 Led by officials from the sheriff’s department, the parade proceeded down Wyandot Lane. 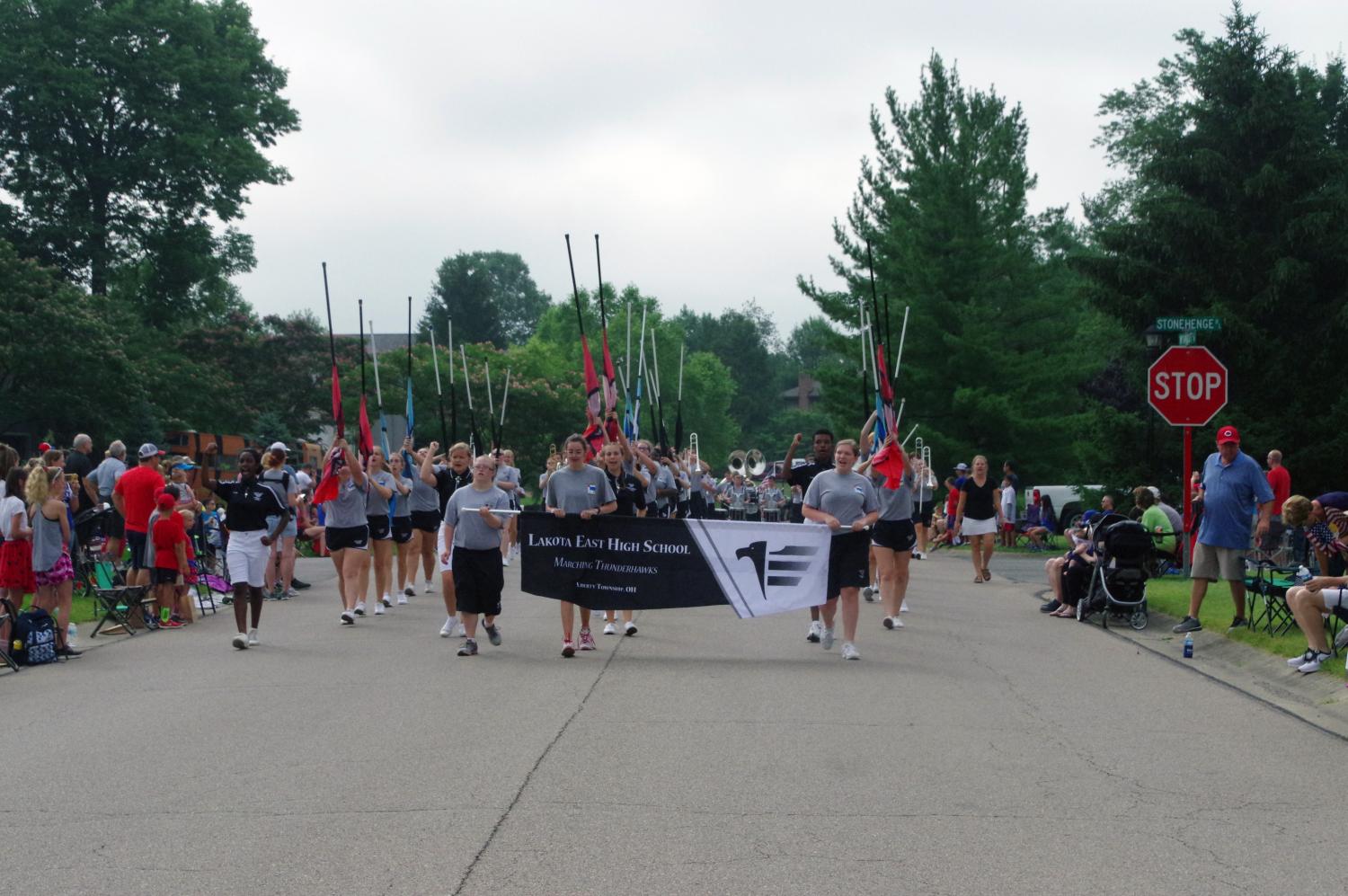 East’s marching thunderhawks led the parade with a rendition of the fight song. 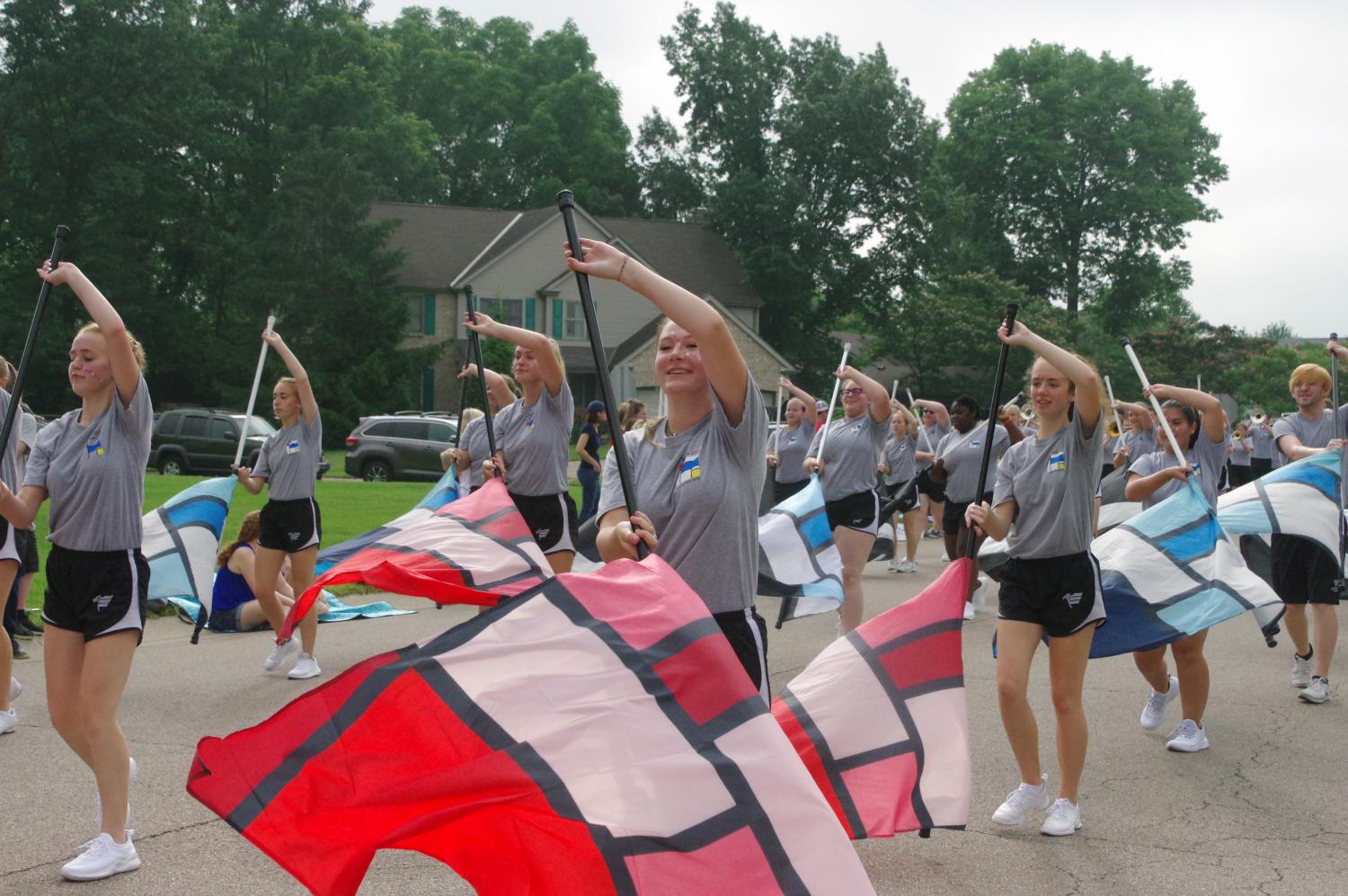 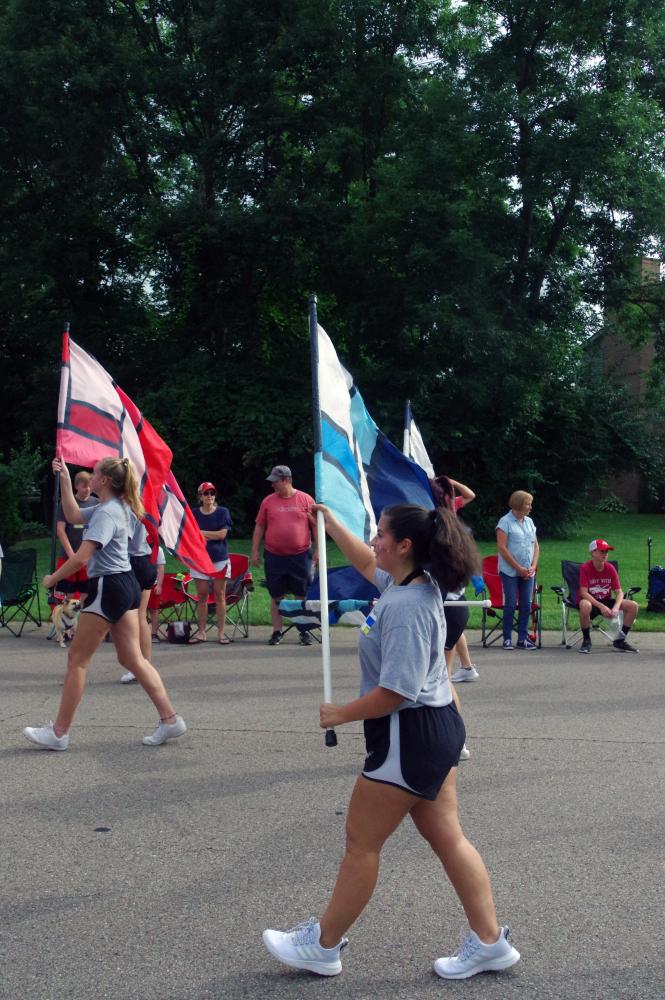 East senior Rachel Rivera marches on in time with the beat. 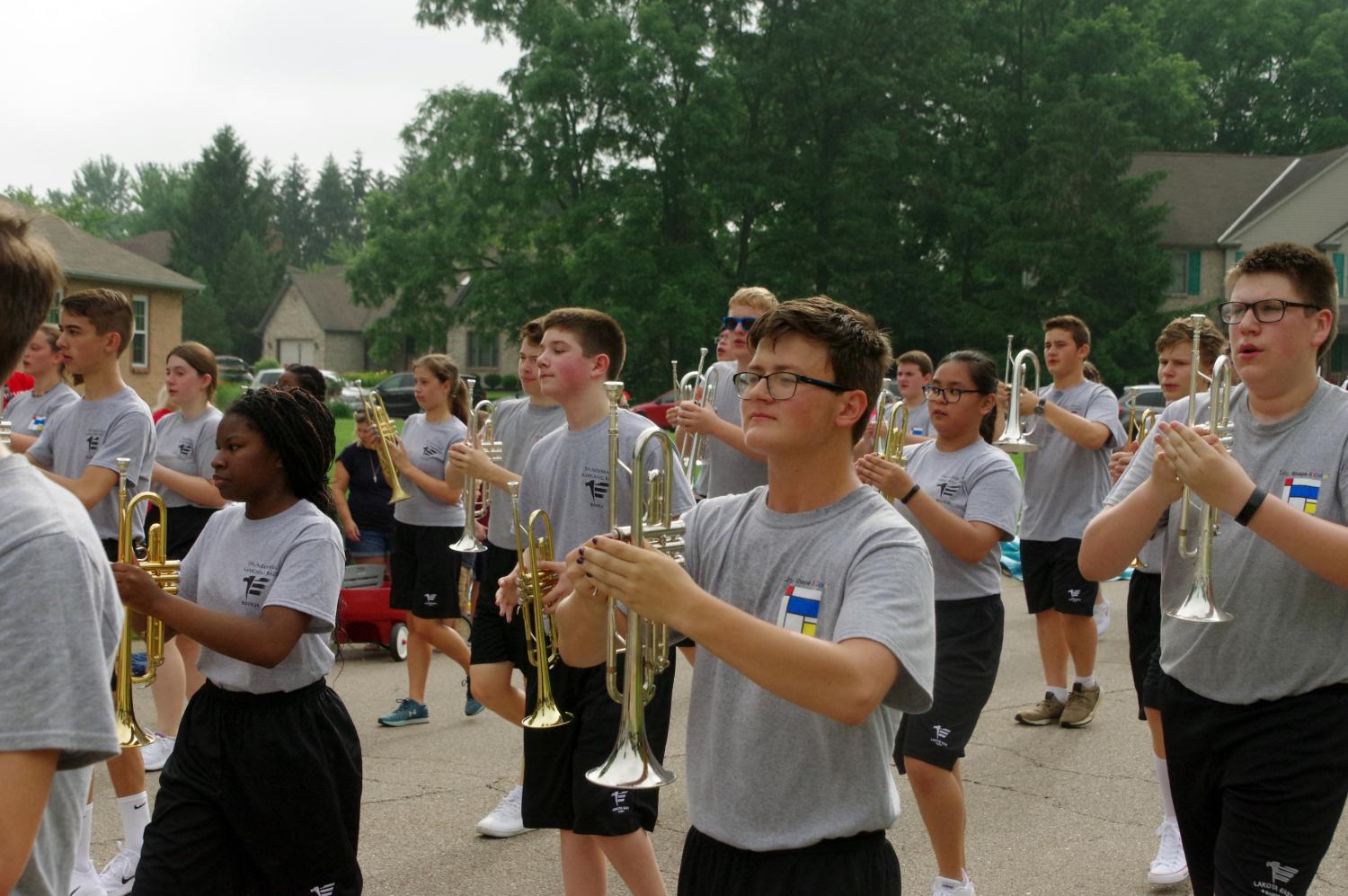 East senior Chance Smith rests with his fellow trumpet players after successfully completing the last measures of the fight song. 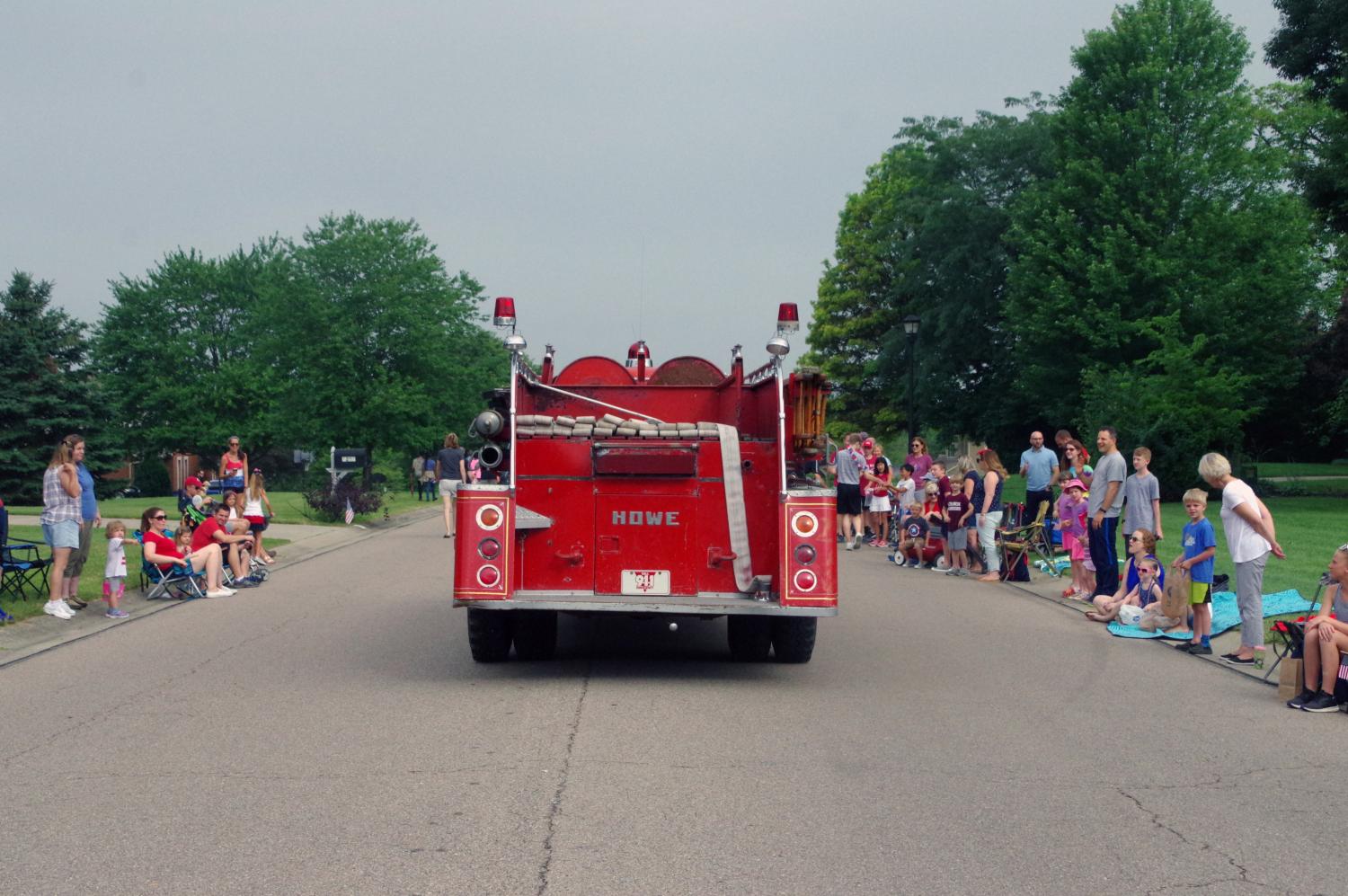 To the delight of many smaller children, a vintage fire engine preceded a larger, more modern model farther back in the parade. 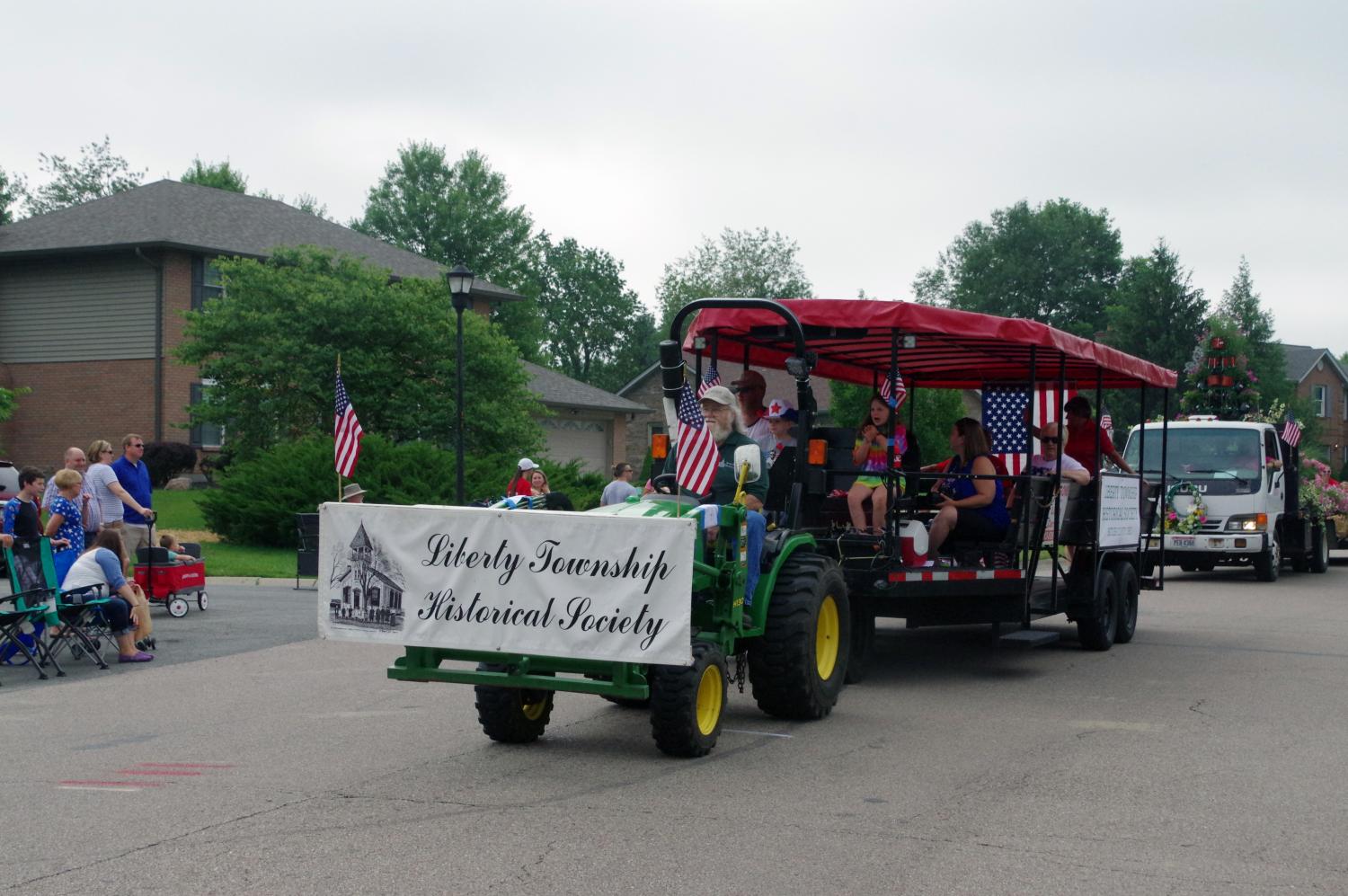 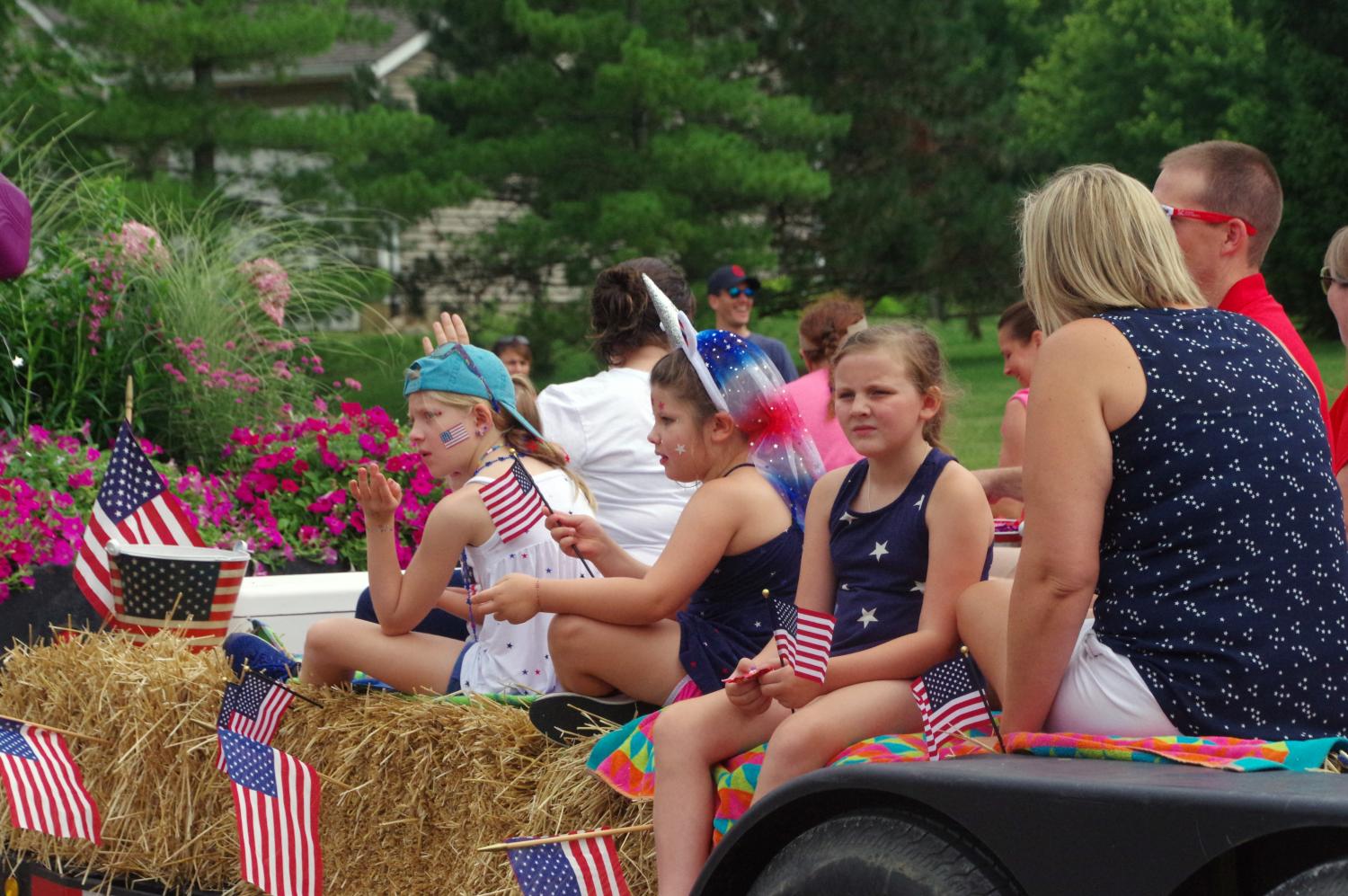 Representatives for Delhi Plant and Flower center showed their green thumb with a wide array of greenery on display. 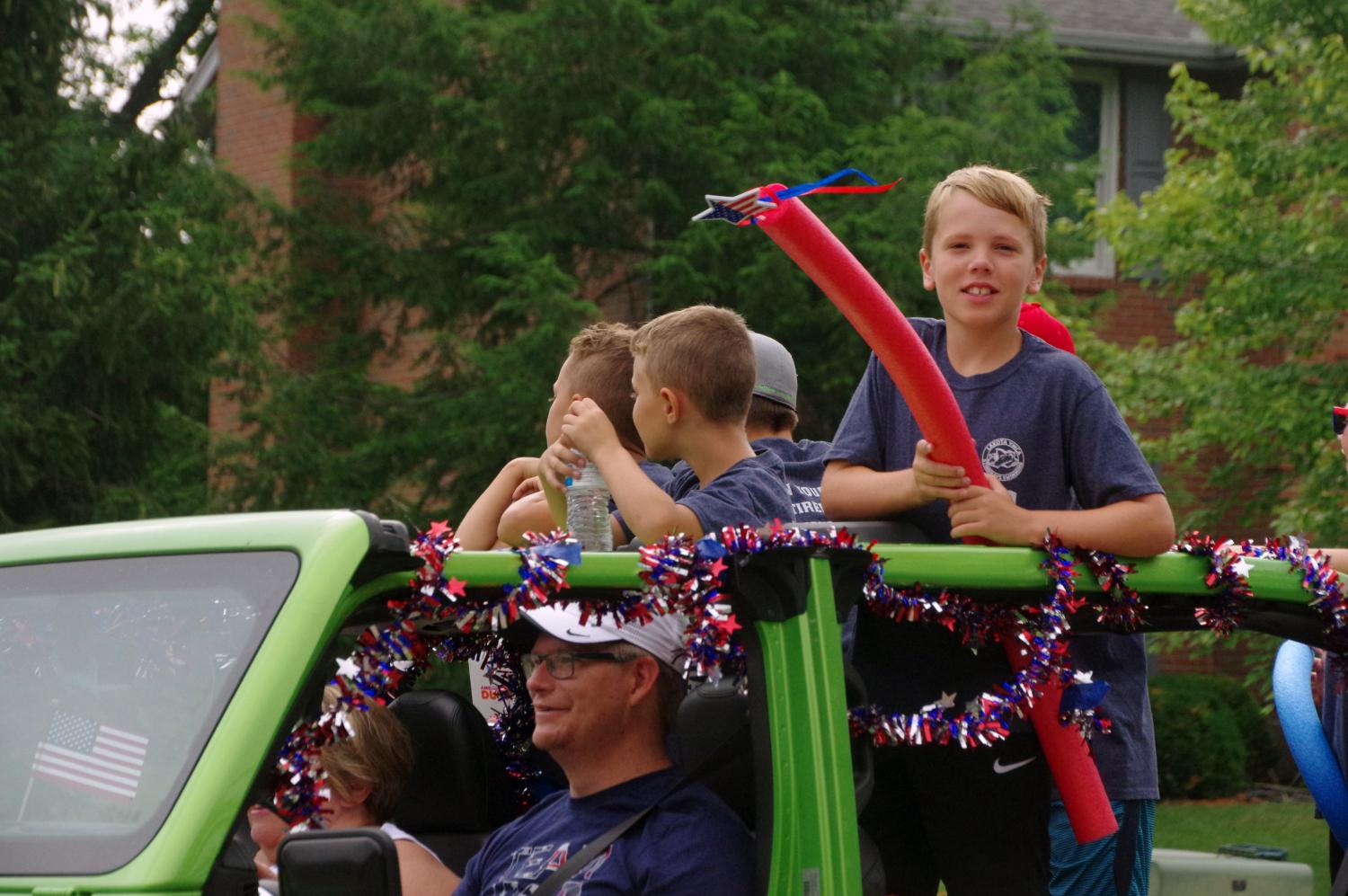 Lakota Stingrays member Connor Ruse rode on one of many Stingrays floats with his fellow team members. 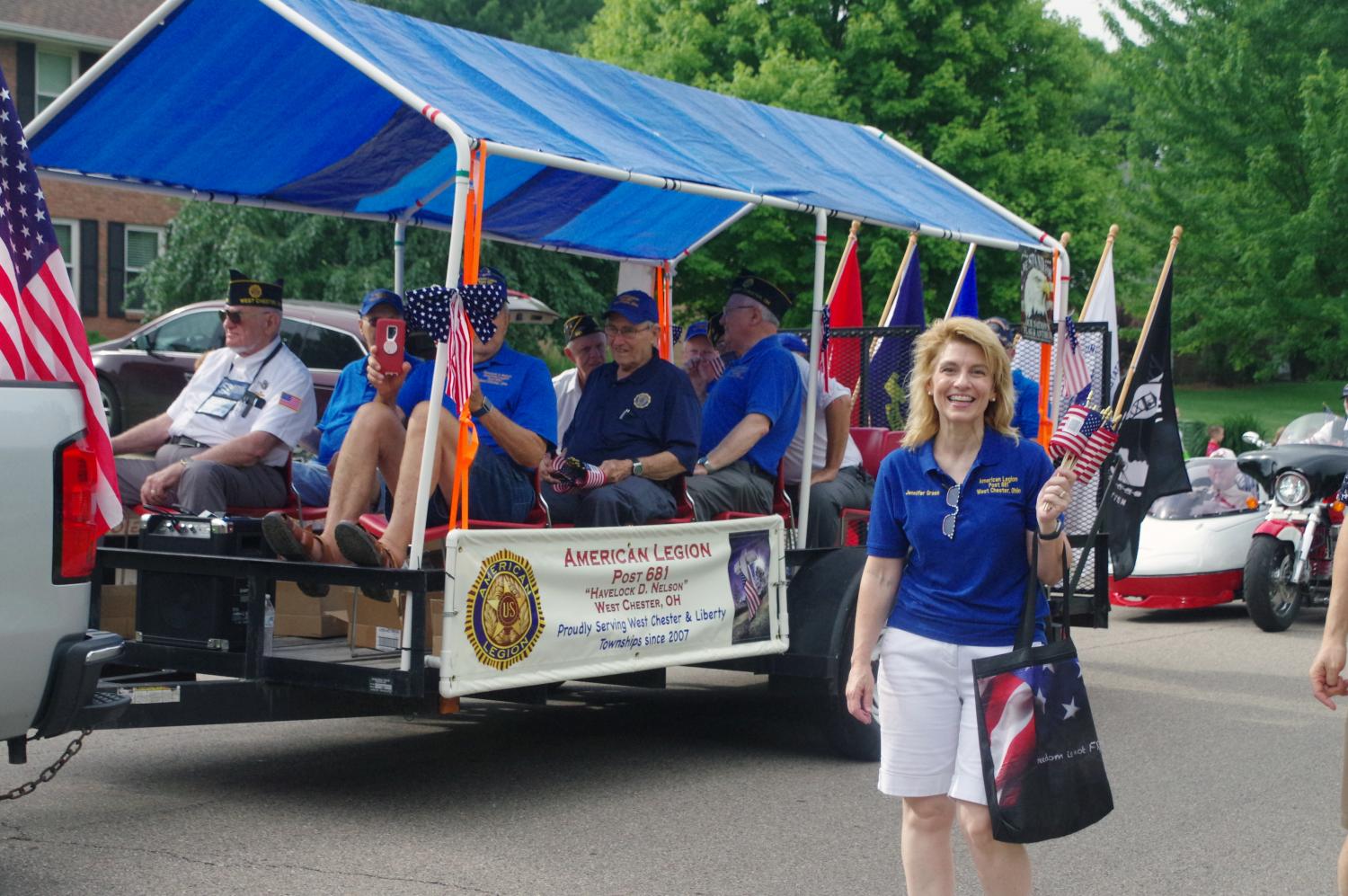 After having to restart anew in 2007, the American Legion Post 681 was proud to be able to participate in the festivities. 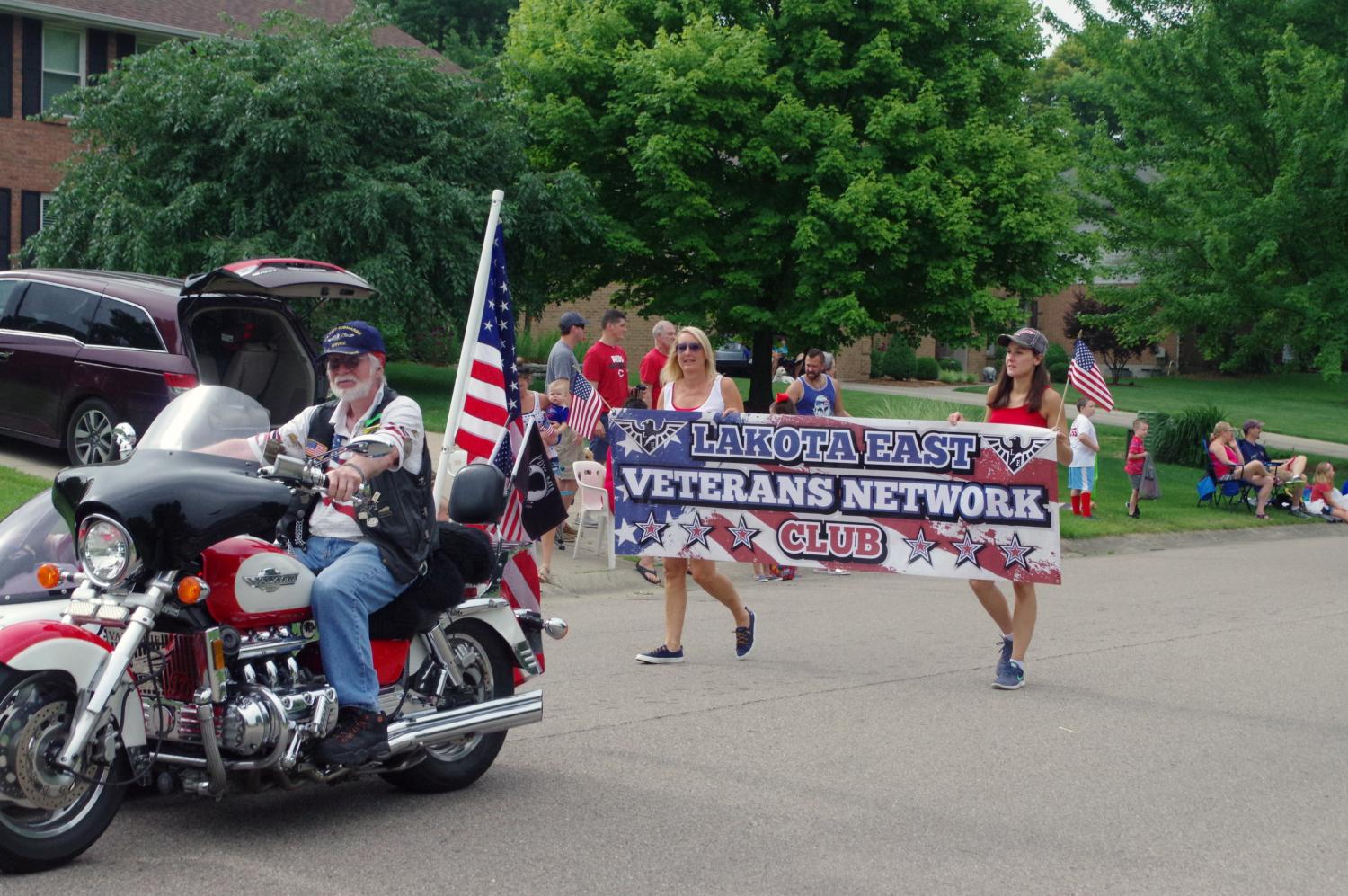 After East student Grace Keith started the Lakota East Veterans’ Network in 2018, members continue on her vision by marching in the parade. 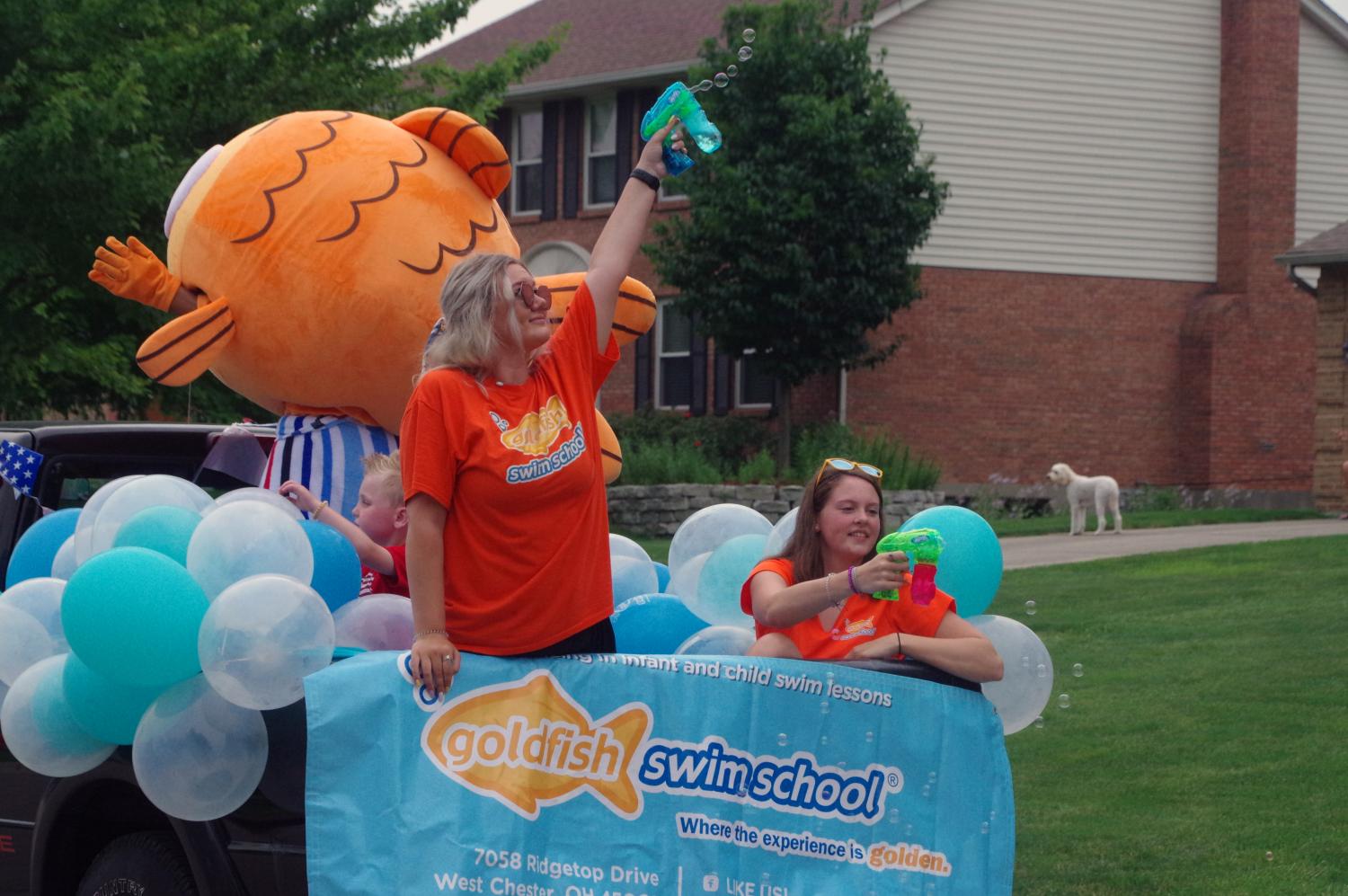 Thanks to the Goldfish Swim School, children were able to pop bubbles, to their delight. 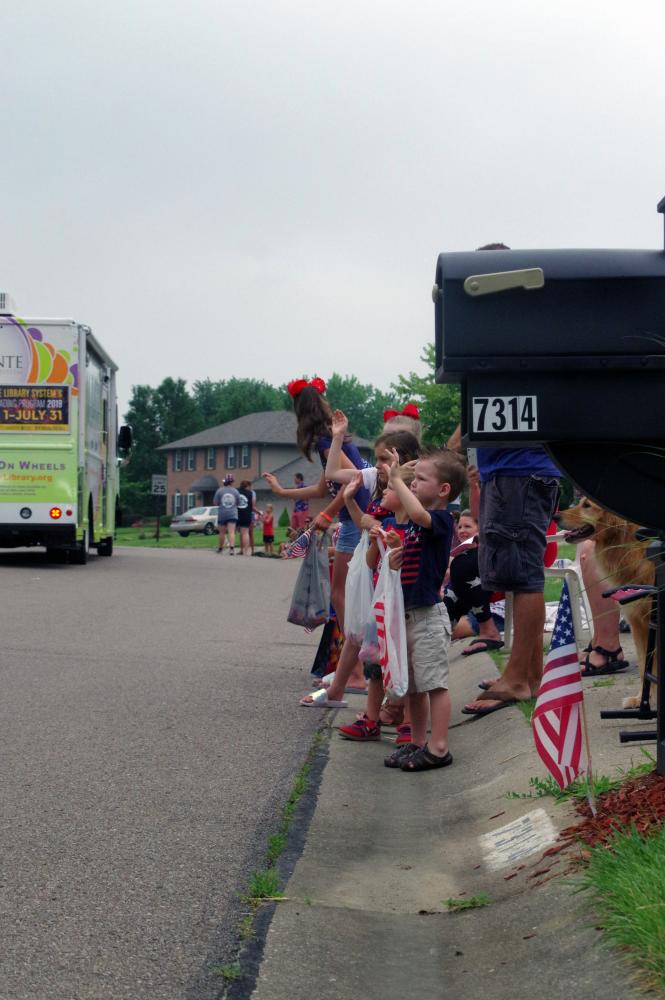 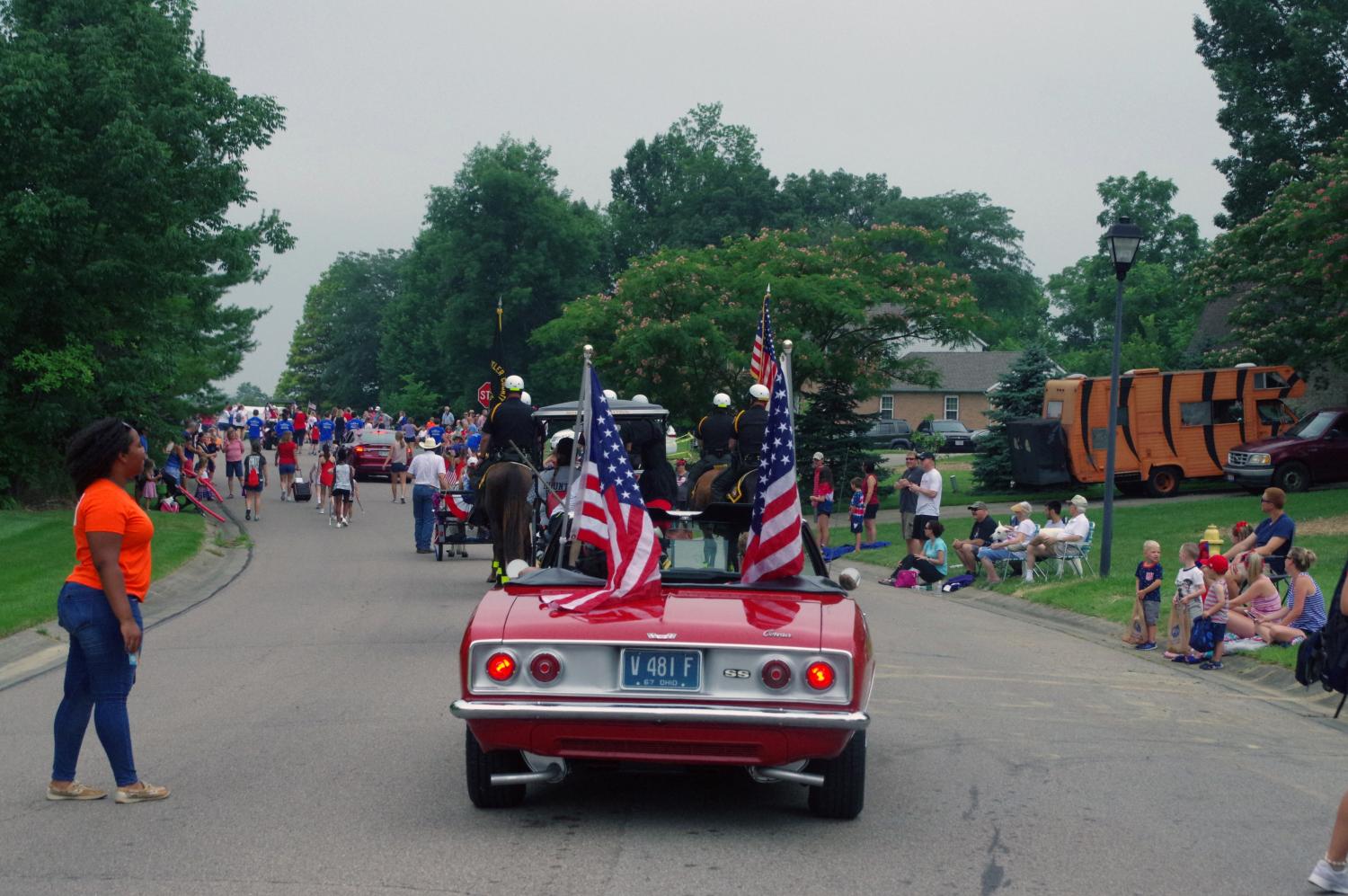 Two vintage cars could be seen driving alongside more modern floats, including an antique Pontiac and a 1965 Corvair convertible (pictured). 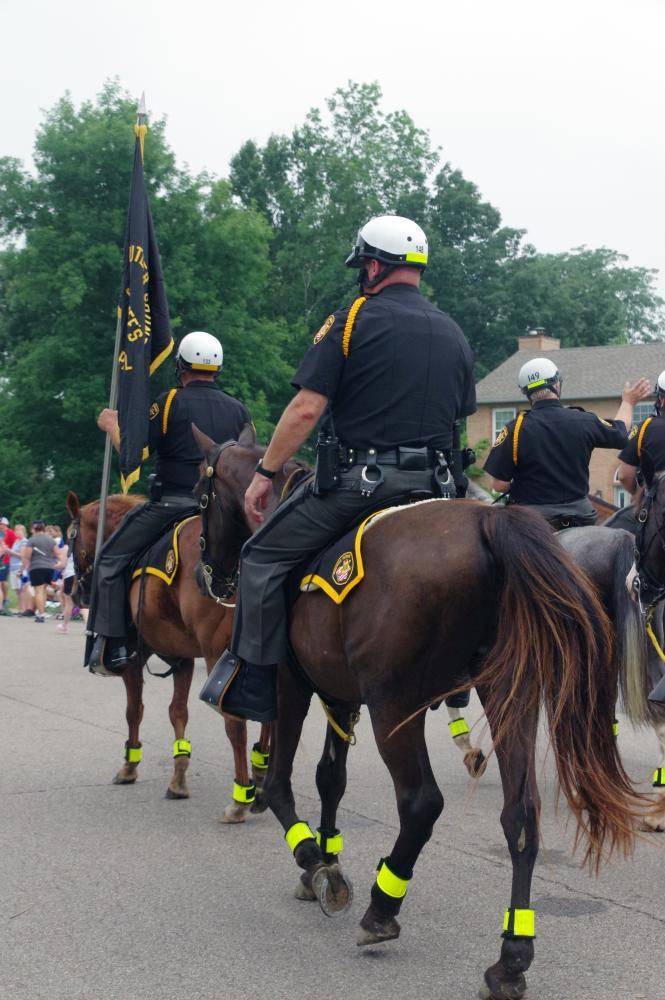 Officers of the Butler County Sheriff’s Office also rode through the street on horses. 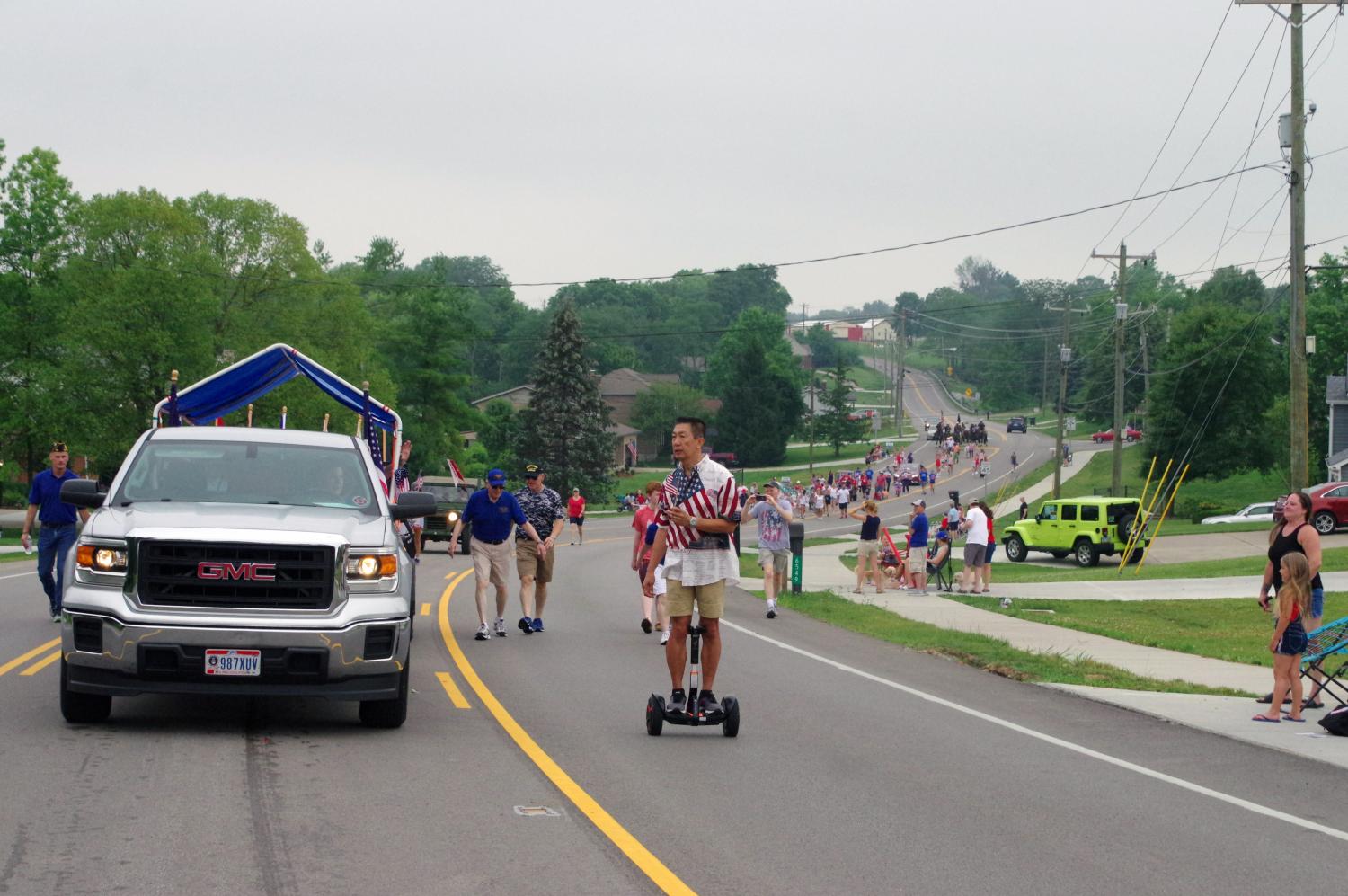 After a slight change in route from previous years, participants in the parade made their way up Yankee Road to Liberty Junior School (LJS) rather than Liberty Park. 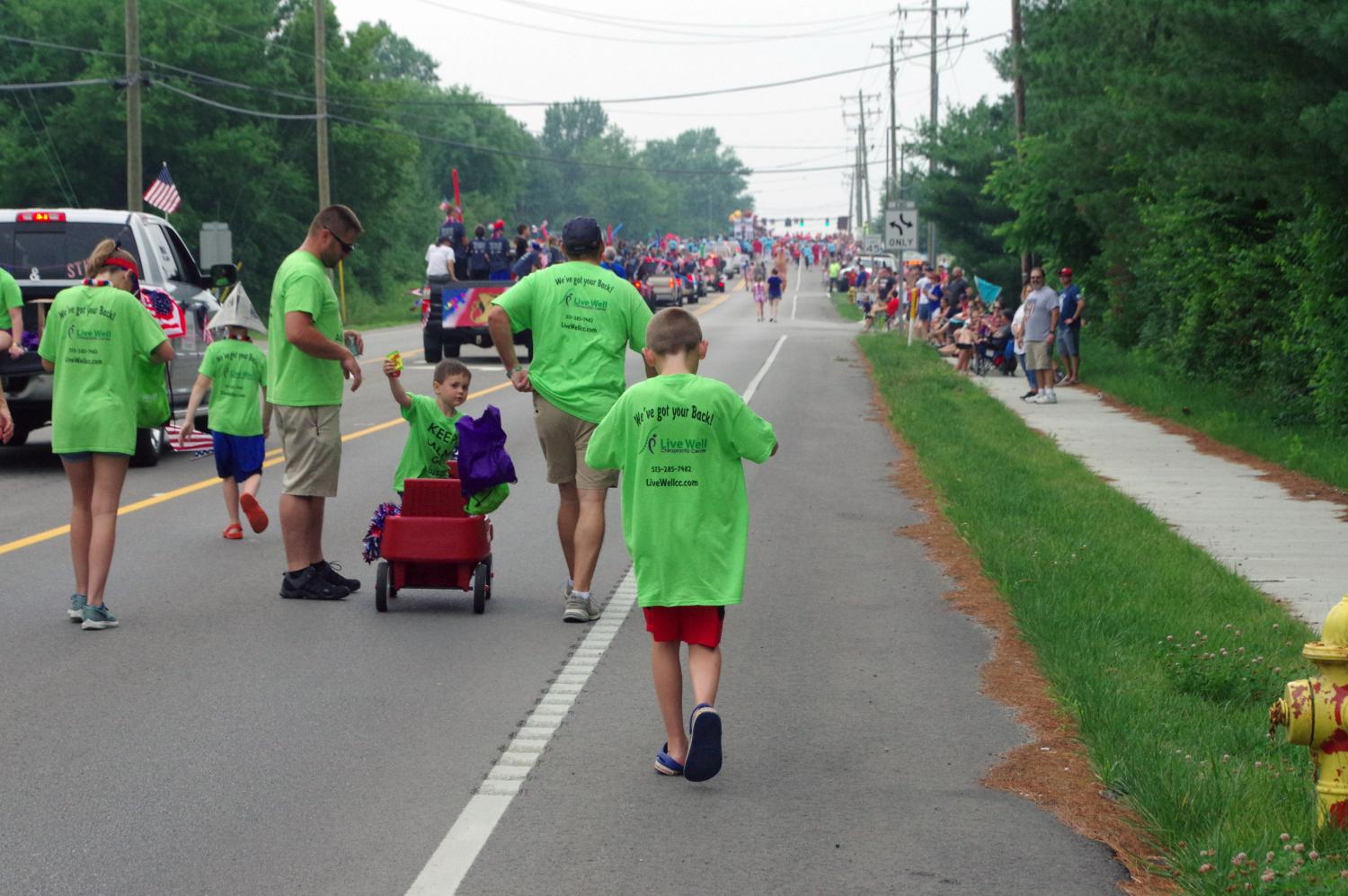 Both children and adults from Live Well Chiropractic Center passed out candy to eagerly waiting children. 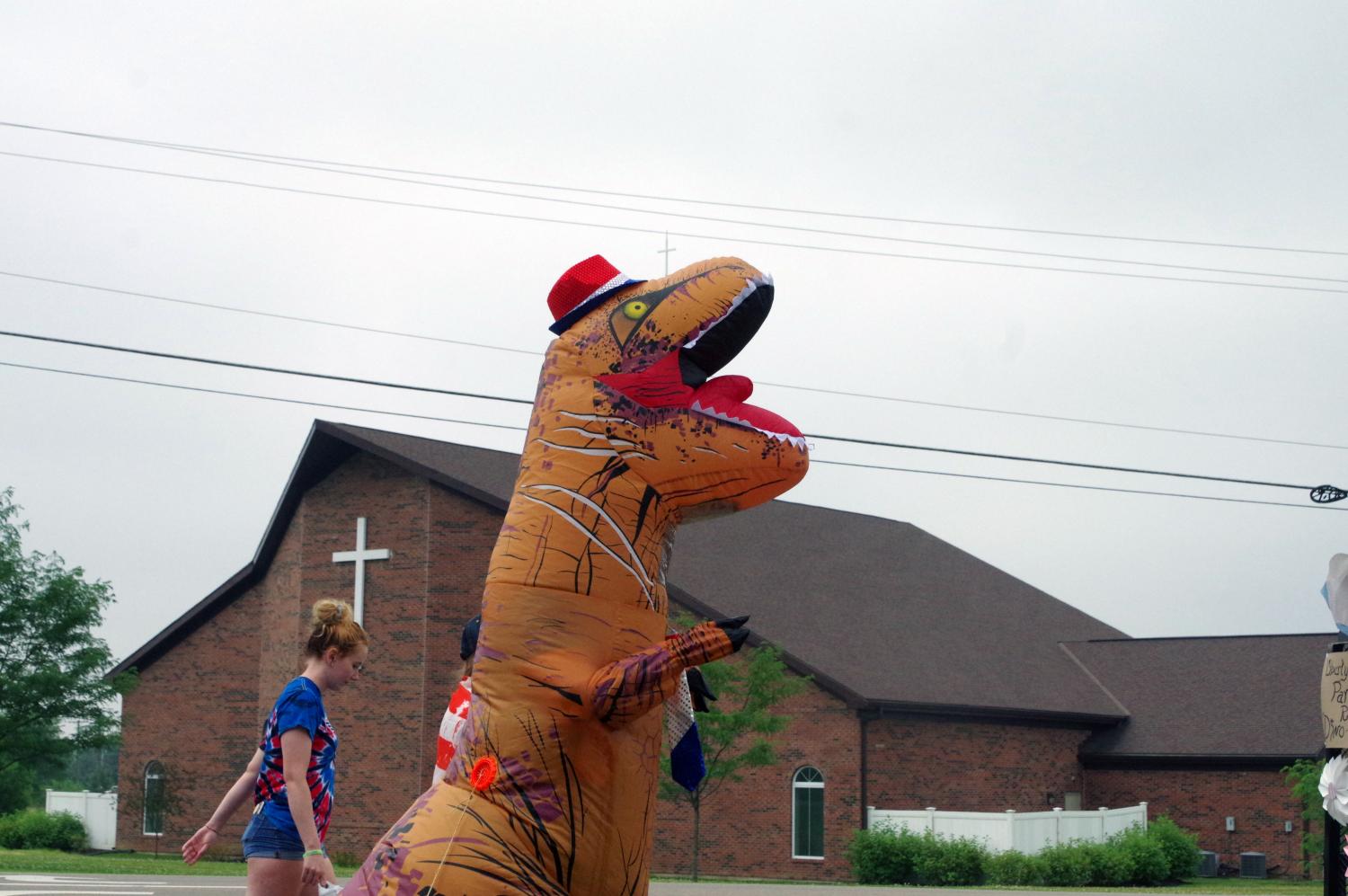 Promoting Liberty Township’s “Dyno-mite” Parks was the fearsome Tyrannosaurus Rex, resplendent in a patriotic hat and tie for the occasion. 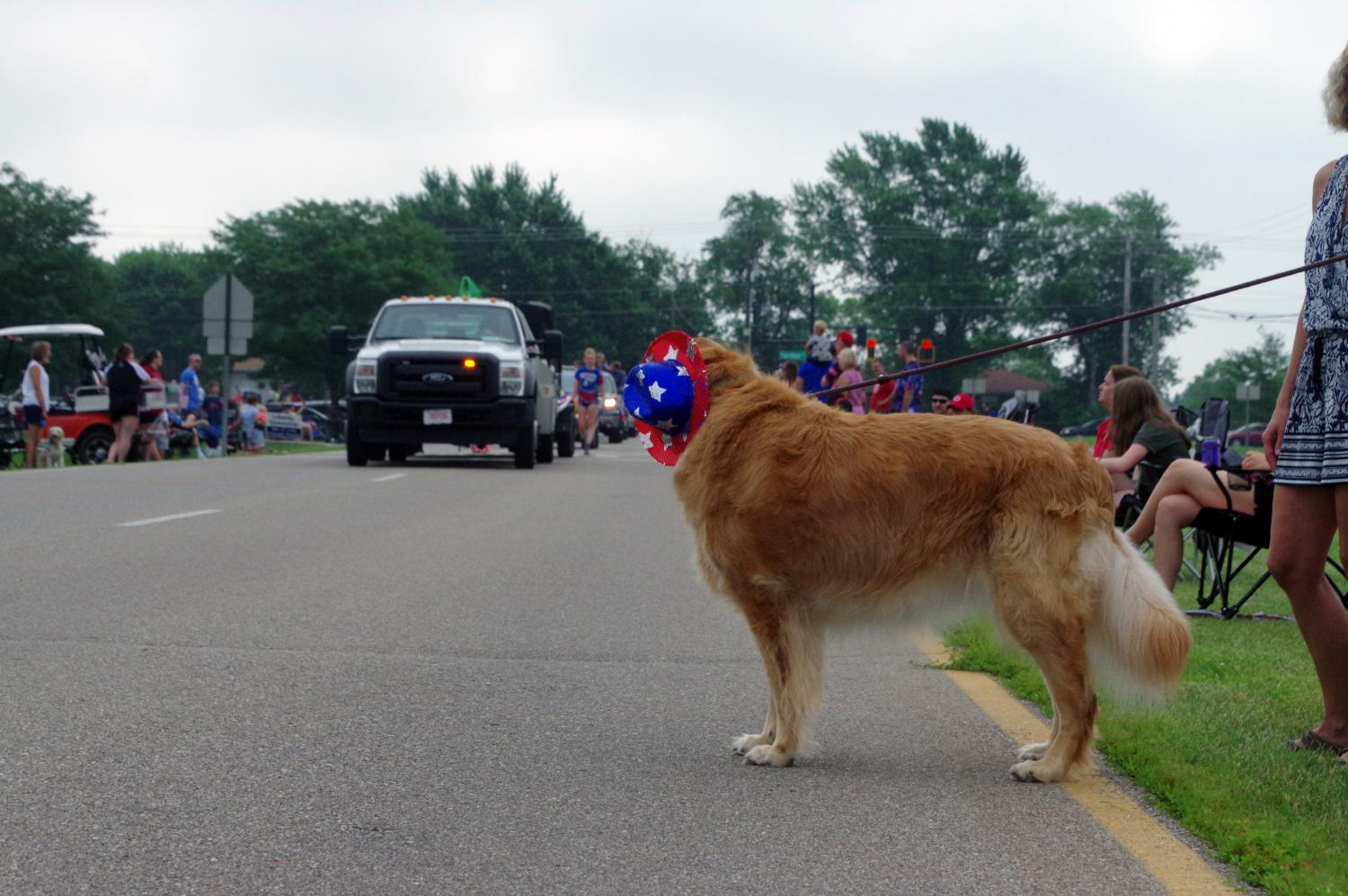 A patriotic pup looks out on the last few floats of the day.

Story and photography by Alexandra Fernholz

The July morning was hot and overcast, but still the people gathered. A little sweaty and very excited, they looked down the road, waiting for the first float of the parade to appear.

Liberty Township’s Fourth of July Parade departed from Lakota East High School at 9 a.m. and finished at Liberty Junior School (LJS) promptly an hour later. The 34th annual parade featured floats representing some of the Township’s most prominent groups, such as the fire department, East’s marching thunderhawks, and the Butler County Sheriff’s Office.

After participation in the parade increased in the last few years, township officials changed the parade route, which formerly ended at Liberty Park. This year, the floats began at East, and, led by two representatives of the sheriff’s department on motorcycles, paraded down Wyandot Lane and onto Yankee Road up to LJS. Groups then disbanded as the parade ended, disassembling  their equipment in the parking lot of the school.