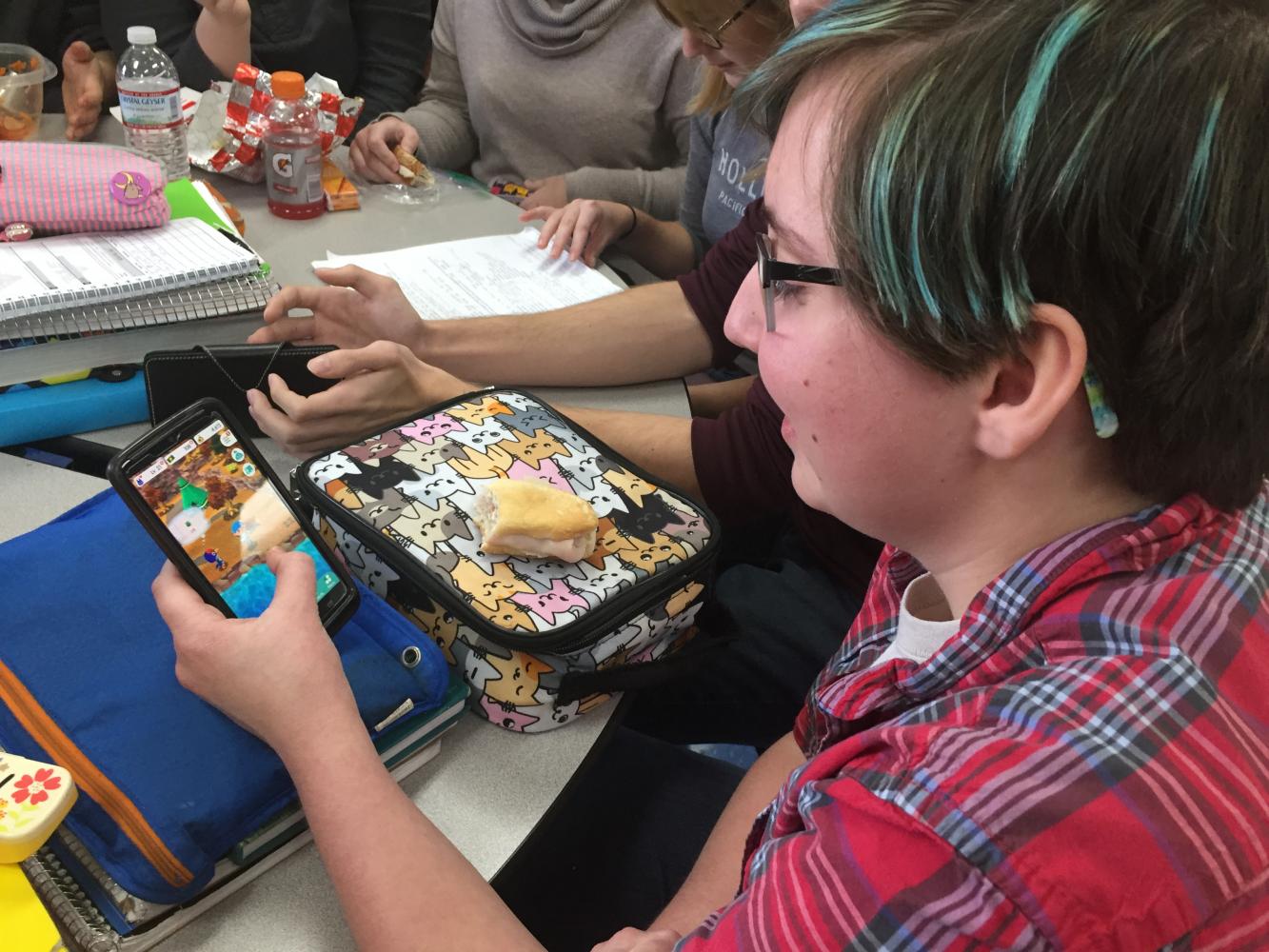 Review and Photography by Lina Kaval

Following the release of “Super Mario Run,” Nintendo just released another game-turned-into-app mobile game on November 22, known as “Animal Crossing: Pocket Camp.” Released on both iOS and Android, the game is simple, relaxing, and does not require prior knowledge of the “Animal Crossing” series.

Following an initially slow download screen, you create your character and meet Isabelle, who tells you to become a camp manager. She helps finish the rest of the set-up by asking for a nickname and a camp theme. A short tutorial shows you how to collect fruits, create furniture and invite characters to your camp. Bells are the currency and Leaf Tickets speed up actions. Unlike some tutorials, this one doesn’t try to explain everything but still fulfills its purpose of showing you how to play the game.

After the tutorial however, I was disappointed to see another download screen – until I realized it was also a mini-game that gave me money. It is an ingenious way to keep people playing the game. This was followed by a shorter tutorial on how to fish. After that, players are free to do whatever they please.

The chill music added to Nintendo’s self-proclamation that this was going to be a relaxing game. The cute geometric figures were soothing to the eye. The flower shower around characters after completing a mission also contributed to the cute ambiance of the app. From this peaceful mood, it was apparent that the game would not be time-consuming. Players can pick up the game whenever, collect some fruits, do some missions and put it back down. This would be great for a low-stress break from homework.

The non-player characters (NPC) all resemble animals, which is a key point of the “Animal Crossing” Universe. Players are able to reach different levels of friendship with the NPC. Each level-up contributes to the overall level of the player.

My only complaint was that the NPC talk in a Charlie Brown-esque garble that became annoying quickly. But players can tap to load the conversation to skip the talk, so it was avoidable.

A larger aspect of the game is the ability to connect with friends from real life. Players can buy items from friends and even need to have at least five friends to access part of the map. Players can also give “Kudos” to other players to show appreciation for their camp layouts.

Although players can pay real money to get more Leaf Tickets, it didn’t feel like a necessity. Log-In Bonuses and completing missions for characters easily replenished the tickets.

However the lack of a real story-line contributes to why this game is good but not addicting-level great. The same feature that creates its “chill game” aesthetic is also its downfall. A game should have a clear end-goal that can only be accomplished with some effort. Nevertheless, that’s not what the average phone user is after, which is why mobile gaming is so different from video games. Game-makers have a different audience in mind. Although the game is good on its own, gamers who expect the “Animal Crossing” games they are used to may be disappointed by the little-meaning goal of “becoming a camp manager.” But for most audiences, this game should be enjoyable.