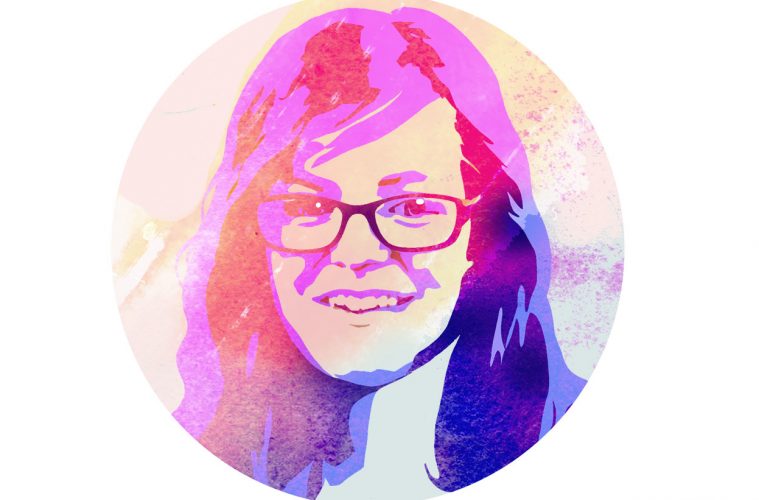 A routine check-up at the doctor’s office turned into a boatload of surprises and soul searching—the first of many being the fact that it was no ordinary check-up. Instead, I was marched into a quiet room and handed a list of questions and a pen. These questions weren’t about if I played any sports or did well in school. They got straight to the point with interrogative precision that inquired about my mental health. There wasn’t even an easy introduction. It started with a hard hitting question. Right at the top of the page, it asked, “In the past two weeks have you 1) never, 2) seldom or 3) often, had trouble participating in social situations?”

I ended up staring at the blank piece of paper, mentally reliving the past two weeks, trying to figure out if I fell under the “never,” “seldom” or “often” category. I was puzzled that I, an honors student with an affinity for rapidly completing tests, could be so stumped as to how I felt in social situations. I was curious and more than slightly alarmed enough to chase after my doctor after my appointment, searching for answers. The answer was not just that I, a high school sophomore in southwestern Ohio, but also a solid 8 percent of them in fact, according to the National Institute Of Mental Health (NIMH), display symptoms of social anxiety. It’s a rapidly growing field of study and an incredibly recent one as well. Anxiety, or “hysteria” as it was called in Ancient Greece, was once considered a predominantly female disease, which was believed to be caused by the uterus. That sneaky uterus “wandered around the body, blocking passageways, obstructing breathing and causing disease,” according to Plato, a famous Greek philosopher.

This notion that anxiety was purely a female disease continued to linger even after basic anatomy studies revealed that it wasn’t caused by rogue reproductive organs. Still far away from discovering that it was indeed a mental disorder, many people during the Renaissance associated “twitchiness” and “excessive nervousness” with characteristics of black magic or witchcraft. Much later in the 1980s, it became an official mental disorder, thousands of years after it was first noticed. The Diagnostic and Statistical Manual of Mental Disorders (DSM), an encyclopedia and reference book used by doctors and published by the American Psychiatric Association, finally separated its original term “anxiety neurosis” into Panic and General Anxiety Disorders in its 1980 and 1987 editions.

This notion that anxiety was purely a female disease continued to linger even after basic anatomy studies revealed that it wasn’t caused by rogue reproductive organs.

In the past, it was wrong to be shy, awkward and nervous. Only over the last century has the world moved on from its old-fashioned and discriminating manner of using gender as a way to describe the feeling of dissatisfaction in social situations. Unfortunately, society hasn’t moved on to treating it similarly to an actual physical disease, either. Phrases that mock both social and other types of anxieties are dropped in everyday conversation. “I’m so OCD,” or, “You just gave me a panic attack,” are used for trivial purposes in light-hearted conversation.

“You are essentially assuming that you know the subtleties that diagnosis constitutes.” said Dr. Srini Phillay in his Psychology Today article “The Dangers Of Self Diagnosis.” Generalizing a legitimate mental disorder like this can lead to massive discrepancies between those with a mental disorder like anxiety and those seeking diagnosis and treatment. The Anxiety and Depression Association of America (ADAA) reports that, unfortunately, “anxiety disorders are highly treatable, yet only about one-third of those suffering receive treatment.”

Anxiety, both social and general, is indeed very easy to resolve with a non-medicated solution. Cognitive Behavioral Therapy (CBT), or interactive therapy sessions, takes a look at the relationships between self-destructive thoughts and ideas. Then in a manner that is different than conventional methods of therapy, the patient and the therapist work together to reform the unhealthy patterns of thinking.

With progressive methods of therapy such as CBT, the world is rapidly becoming more prepared to handle those eight percent of teens and their needs as growing young adults with complex mental disorders. Supporting these types of therapy is the first step in recognizing their anxiety as a legitimate problem instead of as a fluctuating personality trait. After all, those 8 percent of teens will soon be members of mature society, and preparing them for the real world should start during their formative years, when the impact of such help will be felt the most.

Providing capable help to those who suffer from anxiety doesn’t start at the national level. It starts in the local doctor’s office, with an average teenager, maybe even a high school sophomore in southwestern Ohio. A high school sophomore with a pen and an ambiguous set of questions who now knows that whatever she puts down and whatever she chooses to say will be noted and used to get her the best help possible, no matter what Plato says about the uterus.