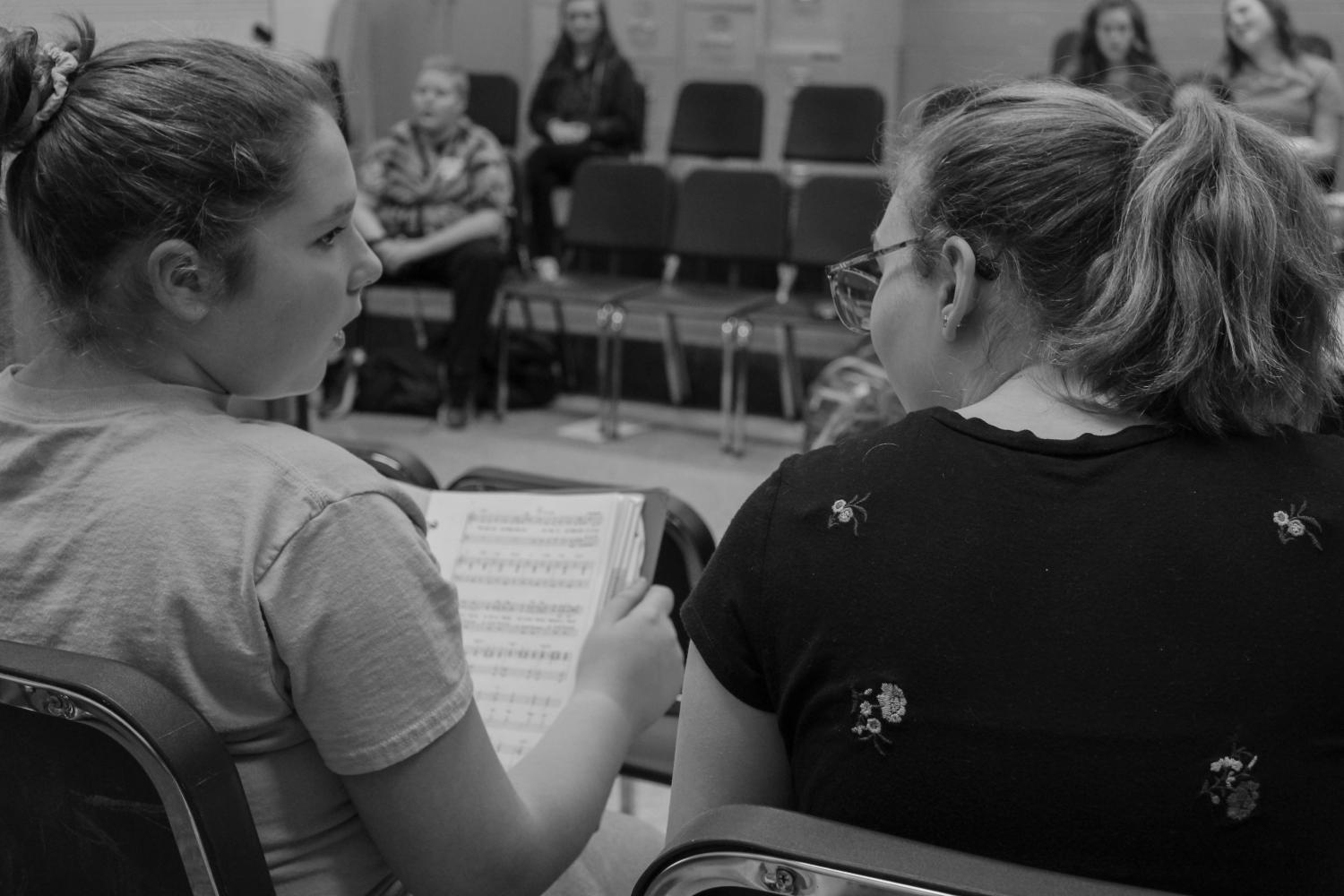 More Than A PE Class

Long gone are the days of dodgeball and sweaty school days.  Show choir is now joining the likes of marching band, cheerleading, and basketball, allowing for students in Ohio to be waived of the PE requirement for high school graduation, so long as students take it for two seasons.

Introduced by Ohio Representative Tracy Richardson (R-Marysville), the amendment added show choir to the list of activities that can excuse students from the 0.5 Physical Education (PE) credit needed to graduate. Being excused from the 120 hours of PE instruction does not award credit, and students must still meet the minimum requirement of credits to graduate.

After completing two full seasons of interscholastic athletics at the high school, which includes activities from bowling to baseball, students can complete the PE waiver.  As show choir joins the ranks, the same rules apply, meaning two full seasons must be completed to fill the waiver.

School districts across the state have a choice to adopt the waiver policy, and the Lakota School Board has decided to allow show choir to count, although there is yet to be a high school level show choir in the Lakota District. School Board President Brad Lovell was in support of adopting this new practice.

“If there’s recommendations coming from the management and recommendations from the state, then [we] consider it as a board,” Lovell said.  “If it fits with the culture of the district, then [the board] moves forward with it.”

The exemption was passed by the Ohio General Assembly in Sept. 2019, and allows school districts to choose to excuse students from the PE requirement after performing in a show choir for two full seasons.

According to Lovell, allowing students to choose how they want to fill the requirements to graduate helps foster individuality and highlight the diverse gifts of students across a district of 16,500.  The lessons learned in a physical education class don’t necessarily need to take place inside the confines of the gymnasium.

“I would say that the intent of physical education classes is that [students are] learning healthy lifestyles, healthy habits, and [they’re] being active,” Lovell said.  “I don’t think that that has to be specifically geared towards one specific program.”

States including West Virginia and Illinois have opted to the same, following the trend of states recognizing that physical activity can be present in programs outside of traditional sports teams.

Although there is not a show choir program for high school students in Lakota, choir teacher Nicole Fink heads the show choir at Liberty Junior School (LJS).  The program averages about 30 to 42 participants per season, which lasts from January to April, and is open to any student at the school. According toFink, the program allows students to gain self confidence, as well as being an athletic activity, and should fully qualify to waive the PE requirement.

“Show choir singers first have to learn the music, then put the show together,” Fink said.  “It’s all dancing the whole time, there’s no break in between, so that definitely fills the [PE] requirement.”

Singers like seventh grader Jackie Griggs, who is currently participating in LJS’s show choir, are given the opportunity to create the choreography themselves before teaching it to their peers, resulting in a two-hour long catered show.

“I really enjoy learning the Disney songs,” Griggs told Spark. “Coming up with the choreography is also really fun.”

The singers participating in show choir learn leadership skills in taking the initiative to put the show together.  Rehearsals last about an hour and a half, along with the hours put into it outside of the classroom as students choreograph, rehearse music, and find solos they’re interested in singing.

“It really becomes their show,” Fink said. “It’s me pointing them in the right direction and then they take off with it. That part is really special to me.”

Show choir may not be the first thing that comes to mind when one thinks of gym class, but Fink has seen the stamina and enthusiasm required to put on a show, showing that this program fulfills the requirements needed for a gym credit. According to Lovell, allowing another program to waive PE requirements is only furthering opening doors for diversity and allowing more students to find their ‘thing’ through fulfilling a requirement for graduation.

“Our job is to create opportunities for students to thrive, and we have to recognize that every child is different. Forcing kids through a certain lens isn’t always the best option,” Lovell said.  “There are things that every child needs to do, but I think the more opportunities we give them the better they’re going to be prepared for the future.”