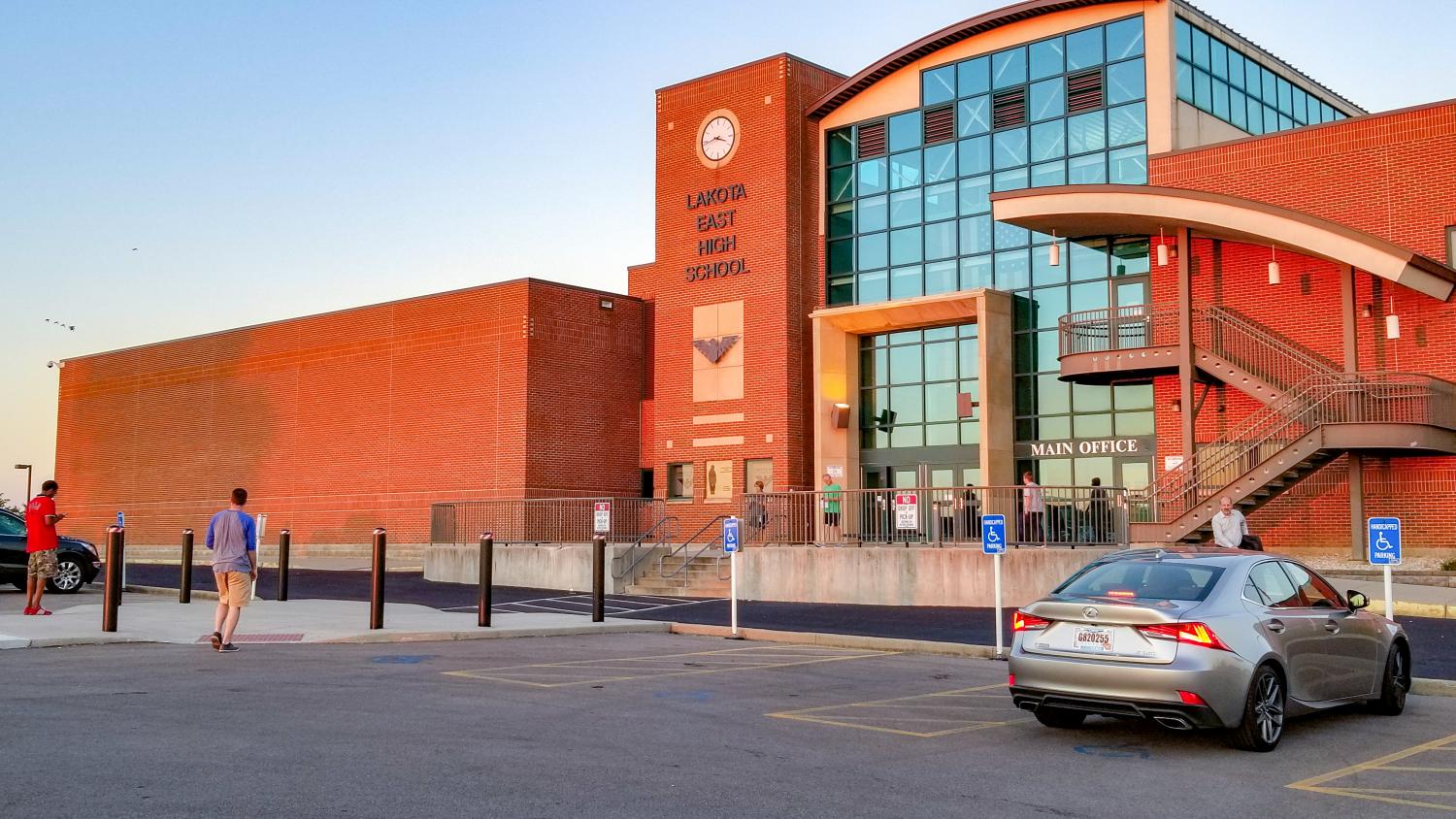 story and photography by Alexandra Fernholz

High school students across the Lakota District will have a variety of bell schedules to choose from in the upcoming 2019-2020 school year. Students can now choose between three different schedules: a typical one- through six-period day starting at 8:05 a.m. and ending at 2:40 p.m., a zero through six bell schedule beginning at 7:15 a.m. and ending at 2:40 p.m., and a new one through seven bell option, which starts at 8:05 a.m. and has an extra seventh period ending at 3:30 p.m.

“This is really opening up our full catalog to see if students have the flexibility to take a seventh course,” East Principal Suzanna Davis said.

Seniors, who previously were not allowed the option of a zero period, can now take a seventh class in the morning or afternoon. They will also be able to choose a senior flex schedule as before, where they are not required to take the full six classes.

“I thought it was a really good idea,” East junior and Lakota Next member Luke Zeigler told Spark. “I think the morning option will do well. However, I don’t think many students will take the afternoon opportunity because it carves too much time out of the afternoon.”

East English teacher Kate Foldy, while excited about the opportunities the new schedules presented students, remained cautious about the workload some students would take on.

“No matter what, I think giving students choices is a great thing,” Foldy said. “I just hope that students are guided in the right direction, and not feeling over pressured [so] that they’re taking on too much.”

Lakota sought to acknowledge differences between students when it was decided to create a seventh period.

“The point of the zero and seven bell options are to give students a seventh course in their day,” Davis said. “[But] we wanted to be responsive to students who maybe couldn’t commit to a 7:15 a.m. start.”

To choose when they would attend school, students selected their bell schedule when they chose their classes for the 2019-2020 school year. Similarly, teachers were able to decide whether they would teach an extra period in the morning, afternoon, or at all. Depending on the schedule they chose, teachers’ planning period would move to different times during the day, still allowing them to teach the full six bells.

“It gives teachers a little flexibility, because some folks are early risers and some of us have kids,” Foldy said. “It seems a little more human to give teachers a choice and give students a choice too.”

After the selection period, it will become the administration’s job to piece together the schedules.

“There’s this sort of matching period that will happen,” Director of Curriculum and Instruction Keith Khoene said. “We’ll take all the course requests, we’ll take the teacher requests, and we’ll put together a master schedule. Obviously, there are some unknowns in there that we’ll work through.  Anytime you do something new, there are some [difficulties] there.”

According to Khoene, roughly two-thirds of students have chosen the usual six-period day, and the remaining third have selected an early zero bell schedule, arriving at school for class at 7:15 each morning.

Despite the low turnout for a 2:40 p.m. class, Lakota Local School Board Member Brad Lovell says requests for a seventh period have previously been received from both parents and students.

“It’s what [the School Board has] wanted for a long time,” Lovell said. “Our students have desired more choices, and our parents have asked for that as well. [And] the opportunities are just going to continue to grow.”

Taking advantage of the opportunities Lakota now offers is something Zeigler plans to do before he graduates in 2020.

“The seven bells gives me the opportunity to take classes that I’ve wanted to take since freshman year but couldn’t,” Zeigler said. “There are opportunities to be had in this.”