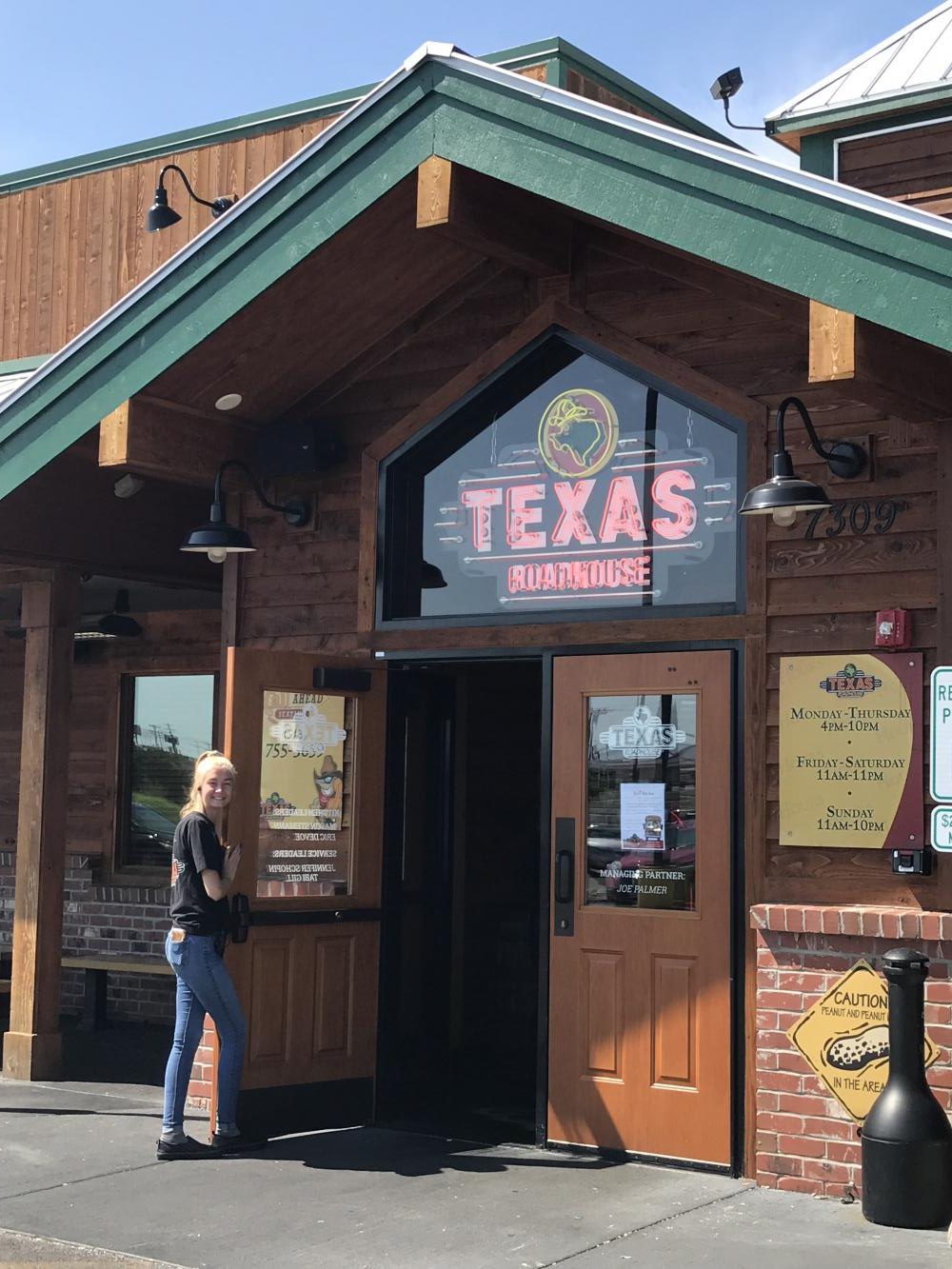 On most days, the West Chester Texas Roadhouse parking lot is filled with the cars of hungry civilians simply coming to enjoy a meal. But on this particular August afternoon, it is instead overflowing with Butler County residents, local businesses and food trucks, all coming together to participate in a back-to-school charity campaign.

August 3 marked this summer’s “Stuff the Bus” event, a charity partnership between Lakota Local School District and Texas Roadhouse. The event acts as a way for the district to collect school supplies for Lakota students for the upcoming 2019-2020 school year. Residents came to Texas Roadhouse to donate supplies and in turn, got a free “Cactus Blossom” or fried pickle appetizer from the restaurant.

Donations were put into an empty school bus, which was continuously filled throughout the day, hence the name “Stuff the Bus.” After the event’s end, the bus was driven to the district parking lot, where donations were taken and distributed across Lakota for student use during the year.

Although Lakota holds several district-wide donations like this each year, Stuff the Bus volunteer Howard Gorsuch believes that this event is very important.

Gorsuch, a retired bus driver, has seen the impact of these events and hopes there will be more school charity events in the future.

Stuff the Bus also serves as a way for local businesses to market themselves. For Texas Roadhouse, this is crucial to their success.

“We are community-oriented, so an event like this helps us spread the word and help people,” Texas Roadhouse employee Elyni Porter said.

This local involvement, according to Porter, is important to the restaurant’s overall goal of community engagement, which they want to demonstrate through their partnerships. Since Texas Roadhouse does not use television commercials or conventional promotions to advertise their restaurant, these events serve as a way to market the business to the area.

“[Texas Roadhouse] never says no to anyone to partner with them,” Manager Jennifer Schopin, who brought her two children to the event, said. “We don’t have commercials, so this is not only getting the word out, but also giving back to the community.”

Joseph’s Legacy, an animal rescue service in Butler County, used the event to find families wanting to adopt a pet.

“The more people you connect with, the better chance you have helping find an animal’s forever home,” Joseph’s Legacy Vice President Krista Snyder said. “We want to help [families] foster and adopt in Lakota.”

Stuff the Bus, a family-friendly event, had several activities that visitors could participate in, including games, face painting, an inflatable obstacle course, and a dunk tank run by the Lakota East football team.

One event-goer, Candie Carte explained that she thinks the event is “unique” compared to other partnerships run by businesses and believes  Stuff the Bus plays a significant role in the local community.

“I’d like to see more of these events,” Carte said. “It brings people out and it truly benefits the community, especially the kids, which is very important.”