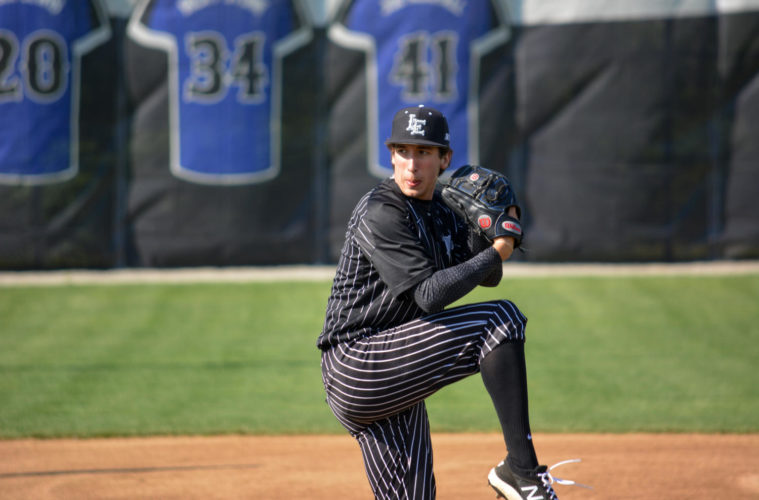 At the beginning of March 2020, the East baseball team took to the field for their first spring practice. After a long winter of offseason workouts and early morning batting practices, the time had finally come for the team to show their potential and prove they belong on the field with some of the best teams in Ohio. Anticipation was high for the upcoming season, as the Hawks’ deep and uber-talented roster had the chance to be the best team East had seen since their 2011 state championship.

But for these players, the world around them changed in the blink of an eye. Over a month later, on Apr. 20, 2020, the Ohio High School Athletic Association (OHSAA) announced the cancellation of all spring sports due to COVID-19 pandemic that had shut down all schools throughout Ohio for the remainder of the school year. As a result of the decision, none of the state’s five high school spring sports – baseball, softball, track and field, tennis, and lacrosse – were played in 2020.

“There’s no words to describe it other than devastating,” senior starting pitcher and Ohio State University baseball commit Drew Bachman says. “Last year’s team was not only extremely talented, but we were all extremely competitive players, so not getting the chance to compete at all was very tough for all of us, especially our seniors.”

It was a truly bitter ending for the 2020 senior class, who never got to take the field and play one last game in an East uniform. The focus has now shifted to the class of 2021, who has a strong group of nine returning seniors that are hoping to pick up right where they left off last year.

“I think finally being able to have a full high school season this year has really fueled us, along with recognizing the amount of talent that we had last season and how far we could’ve gone as a team,” senior starting pitcher and University of Charleston baseball commit Campbell Spradling says. “This year almost feels like a revenge tour.”

For a team that was ranked fifth in the state of Ohio coming into the season, according to the Prep Baseball Report (PBR) preseason power rankings, there is certainly no shortage of high expectations surrounding this year’s team. They have certainly lived up to these expectations thus far, as East currently sits second in the GMC with an overall record of 13-5 and a conference record of 9-3. They’re positioned just a game behind Oak Hills, who carries the best conference record at 10-2 (11-5 overall).

With as many upperclassmen as they have, it is evident that experience and leadership are huge strengths for this team. Along with extra motivation from last year’s devastating series of events, this group of players has only grown closer and feel the sky’s the limit for them this season. Most of these players, specifically the nine seniors, have grown up playing against each other in club baseball but have now gotten the opportunity to develop good team chemistry over the past three years. But in their final year, they, along with the rest of the team, have grown closer than ever.

“This team is very close-knit,” senior starting catcher and University of Akron baseball commit Mike Sprockett says, who is currently tied for third in the GMC for most RBI’s (runs batted in) with 20 and boasts an impressive batting average of 0.362. “Very few teams that I have played for have the chemistry that this squad has, and I’m very grateful to take the field everyday with a bunch of guys that I know have my back.”

Aside from great team chemistry, solid leadership and experience, this team also has a very deep pitching rotation, which may be among some of the best in the entire state. The team has three National Collegiate Athletic Association (NCAA) commits in their starting rotation alone, two of which are Division I commits in senior Drew Bachman and junior Evan Whiteaker, who committed to Indiana University last July and is currently second in the GMC for strikeouts with 48. Having lockdown pitchers like Bachman and Whiteaker allows the Hawks to hang with almost any opponent, and takes a lot of pressure off of their hitters knowing that they don’t need seven or eight runs every game just to win.

“I would argue that the GMC is the toughest conference in the entire state,” Bachman says. “There are so many teams in this conference that can do damage against pitching, but our pitching depth allows us to never feel like we don’t have a chance in a game. Every guy we roll out there, our team has full confidence in.”

East head coach Ray Hamilton took over back in 2000 and has since led the program to a state championship, three GMC championships, and three district championships. He was also inducted into the 2020 Ohio High School Baseball Coaches Association Hall of Fame and has been named GMC Coach of the Year four times. He knows exactly what it takes to lead a team deep into the state tournament, which this year’s team certainly has the potential to do.

Following back to back losses, one against conference-leading Oak Hills and the other against 11-5 Mason, East only has six conference games remaining on their schedule and is looking to regain momentum heading into the state tournament. Although not explicitly stated by any of the players or coaches, it is clear that they only have one goal in mind: bringing a state championship back to Liberty Township for the first time in 10 years.

“This team has the chance to do something really special, and I’m very excited to see what is in store for us,” Sprockett says. But as for right now, we’re just getting started.”