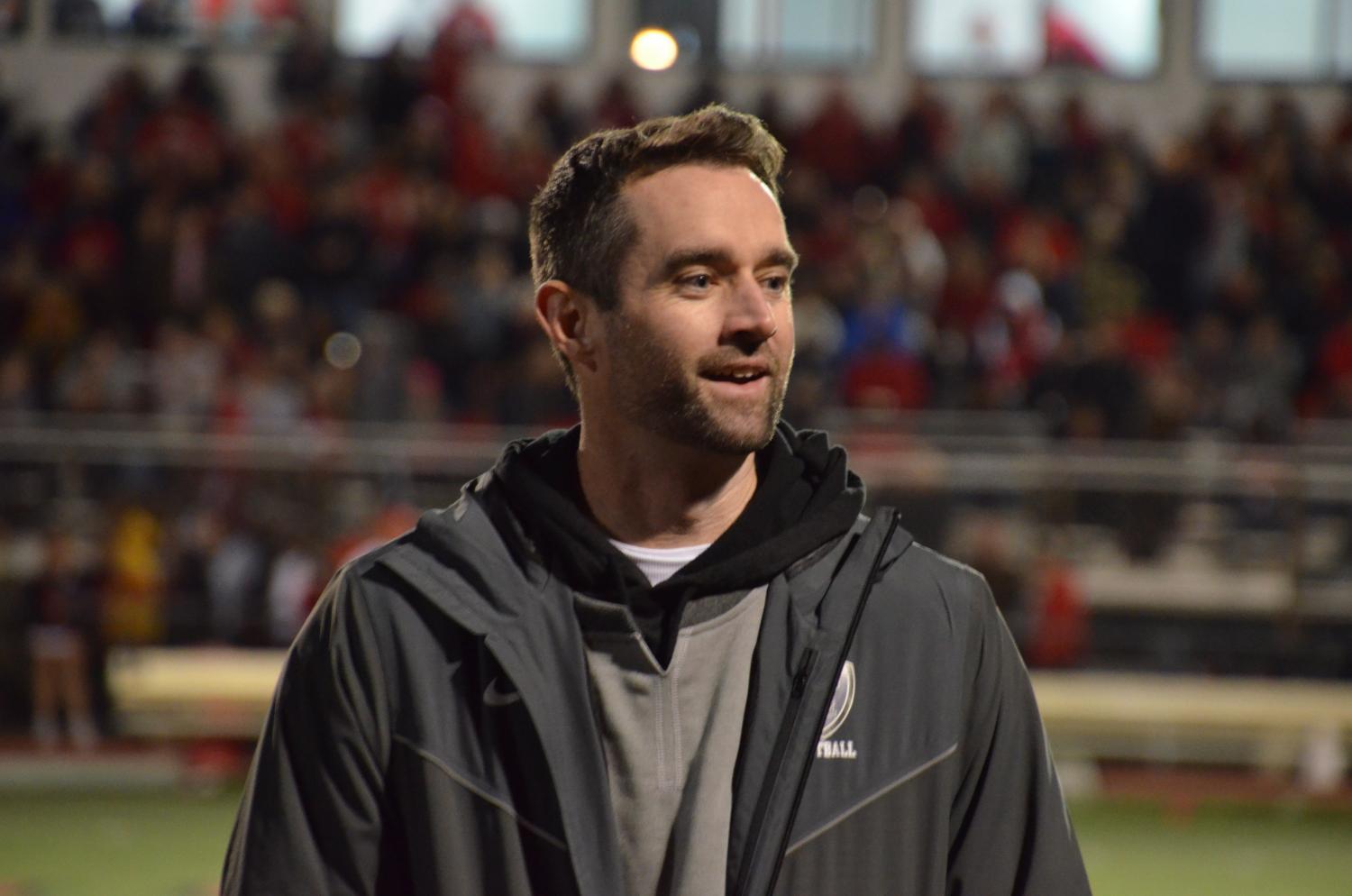 With the beginning of a new school year comes new staff. Joining the East administrative staff for the 2019-2020 school year is Assistant Principal Matt MacFarlane.

MacFarlane grew up in the suburbs of Chicago and attended DePaul University where he obtained his masters in school administration. He worked for many years as a school administrator in Illinois before moving to Ohio five years ago. MacFarlane is married to Christa MacFarlane, a Liberty Early Childhood kindergarten teacher. He is a father of three boys: Patrick, Jack, and Max, all of whom are currently enrolled in Lakota.

After working as an intervention specialist at West in his first year with the district and as an adapted physical education instructor for the next four years, MacFarlane is excited to turn his attention to his new position at East.

“So far, it has been fantastic,” MacFarlane said. “Teachers have been very welcoming. I’ve had a bunch of students come up to me introduce themselves. It’s great to have [these] interactions with people.”

MacFarlane knows the experience he gained in his past jobs will help him in his new position.

“A big part of my job is dealing with the special ed population,” MacFarlane said. “Being in adaptive physical education for four years and an intervention specialist the year before that, [has helped me when] talking to teachers and trying to figure out the best ways that [the school] can be [helping both students and teachers]. And having that relationship with a lot of the students in that population already has been very helpful.”

One of two students included in the interview process was East senior Nick Parr. He was able to meet MacFarlane early on and get to know him as he presented a plan for individualized learning. MacFarlane presented this plan to Davis, Director of 7-12 Curriculum Andrew Wheatley, Senior Director of Human Resources Jenifer Lodovico, and East Innovation Specialists Katherine Joseph and Kevin Keen.

“I thought immediately that [MacFarlane] was very approachable,” Parr said. “I felt like when I first saw him he was a little nervous, which is natural. But then throughout the interview process, he became more confident.”

Parr told Spark he immediately recognized that MacFarlane was making connections with those in the room and that he would be a great fit at East. That original observation still stands as he sees MacFarlane throughout the halls.

“I’m very confident that [MacFarlane] was the right choice,” Parr said. “He fit in from the very beginning. He came to my Spanish class on the first day and took a picture of all of us. He introduced himself to everybody and everybody said hi. He’s very outgoing and very approachable [to] all the students.”

Davis played an integral part in the selection process. She believes that MacFarlane has a deep passion for students. He pushes her daily in a professional realm with the questions he asks and the input he gives.

“[His focus on students] is very coveted for [East],” Davis said. “[MacFarlane] understands the importance of the role of the teacher and helps us to learn how to best support our faculty and staff – [to] empower them to [have] relationships with students.”

As the school year has started MacFarlane has enjoyed being able to connect with students on a daily basis. He has been popping in and out of classrooms both to meet students and to see the things teachers are doing in their classes.

“The first thing I was in charge of this year was sophomore orientation,” MacFarlane said. “I was able to talk to parents and students. I’m trying to support students as much as I can,”

MacFarlane is excited to begin his new journey as assistant principal and is ecstatic to see what he can do for East along with the others on the administrative team.

“My kids coming up through [Lakota] means a lot,” Macfarlane said. “Going into Dairy Queen and seeing a bunch of students working there, being able to talk to them, mess around with them when you when you pop in; it’s [just] great being in the community. [That’s why] I’m very excited about the position and happy to be a part of Lakota East.”