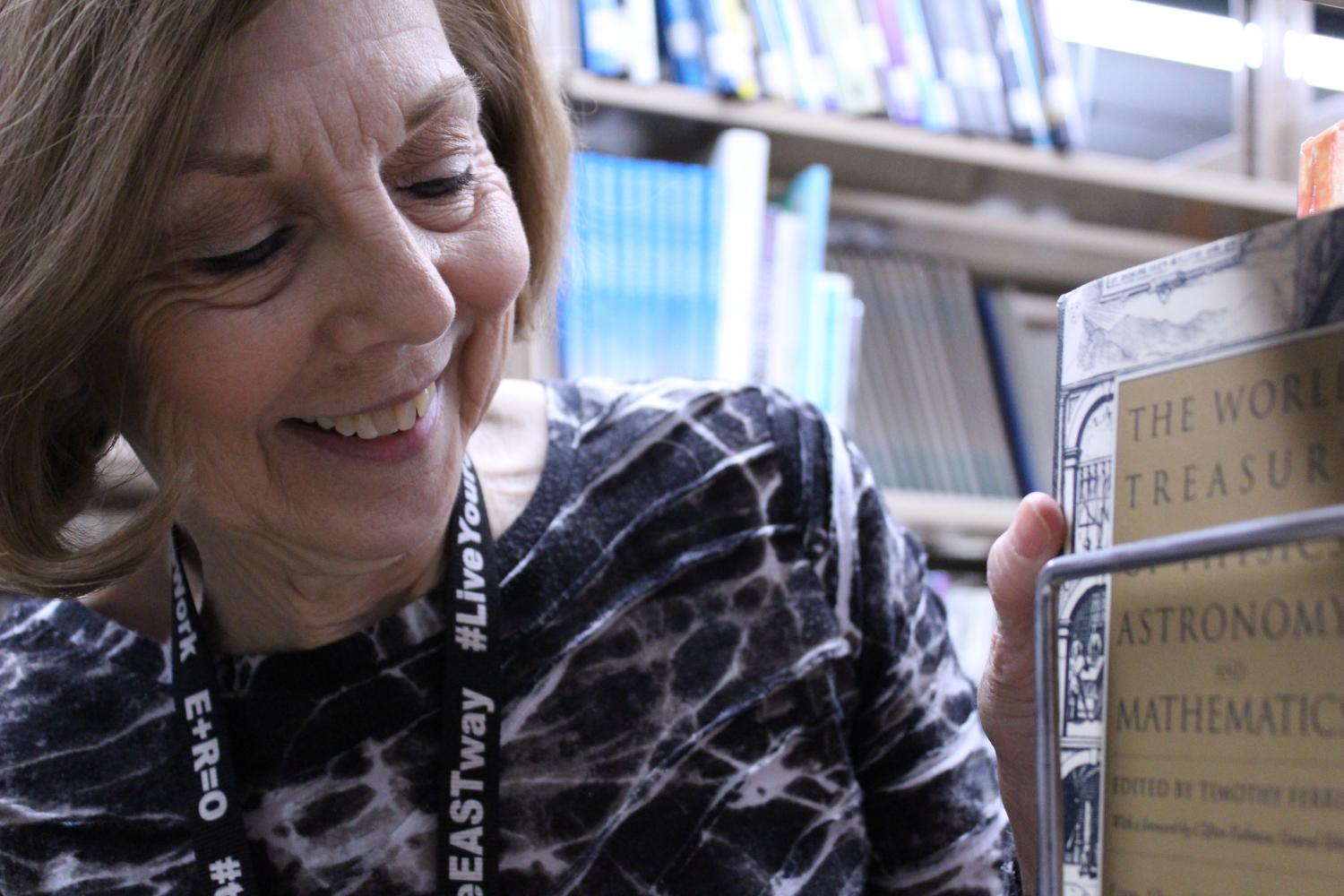 East Media Aide Marguerite Doll has worked for the Lakota district for over 30 years.

story and photography by Ekra Khalid

From checking out books to loaning out Chromebooks; from typing on the desktops, to using green screens and Ipads to shoot videos; from playing Cool Math Games, to using Virtual Reality Sets, Marguerite Doll has seen it all in her 30 years of working in the school’s Innovation Hub.

“Life is all about adjusting to change,” Doll says.

Before she started working for Lakota, Doll was a stay-at-home mother taking care of her two kids and volunteering at Hopewell Elementary’s Media Center.

Doll enjoyed spending her time with the little kids at the library and helping around in the classroom. In the fall of 1989, Doll got a job at Hopewell Elementary’s Library and started her career as a media aide.

After spending two years at Hopewell, she was offered a job at the original Lakota High School. At first, Doll was scared to work with older kids for the first time in her career, but her son convinced her there was nothing to fear.

“I started with elementary students and I was a little afraid of moving up to the high school,” Doll says. “But I’m so glad I decided to take the high school [job].”

Once again, a change came into Doll’s life when she took the job in 1995. Three years later, Lakota was split into two high schools. Doll transferred to Lakota East High School as the school’s media aide when the main high school split.

Doll enjoys one-on-one interactions with students, especially helping them out with books and researching.

East alum Amali Zade met Doll in 2016 when she was a sophomore at East through her study hall.

“She wasn’t my teacher, but she was my favorite adult in the building and was like my therapist,” Zade says. “She treated us like adults and not like kids.”

Through Doll’s years of being a media aide at East, she saw many changes, the biggest being in the 2018-2019 school year, when the media center became the Innovation Hub.

“I knew change was coming,” Doll says. “It was rather abrupt but, at the same time, my husband was having health issues, so it was good timing in a way, because it provided a distraction.”

As the media center became the Innovation Hub, Doll saw a major change in the dynamics of the room take place.

“Prior to this change, people would come in here because it was quiet, they would come here to read, they would do their research or word process and get on games on the computers,”  Doll says. “Now, with this change, students come to do various activities such as research, using the green screen and virtual reality.”

Students saw it as a bittersweet change.

“We had students who were concerned that the books were going to go away,” Doll says. “But now most classes incorporate technology.”

Working alongside Doll is Ryan Corris, who has been working as the district’s digital learning specialist on and off for the last five years. He provides leadership, support, and training to teachers as they make their classrooms more technology-based.