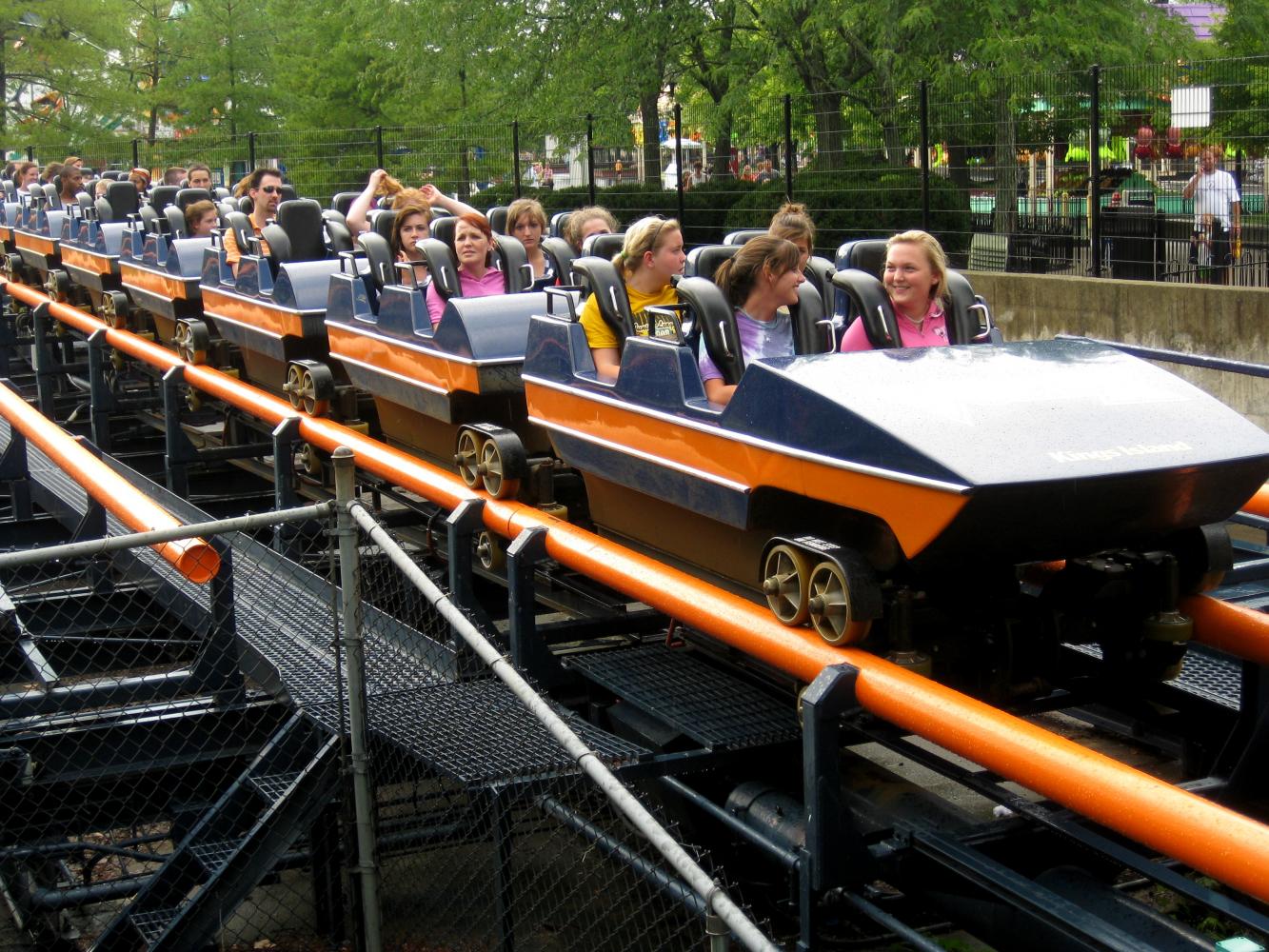 story and infographic by Brayden Barger | photography fair use

Lining the skyline of Mason, Ohio with 364 acres of steel and wood, Kings Island is the premier source of entertainment for locals and travelers alike. From the thrilling roller coasters to the award-winning children’s area Planet Snoopy, the Cedar Fair operated park has something for everyone. This is evident by their consistent yearly attendance of roughly 3.47 million people,   ranking second in the nation for seasonal amusement parks.

In the last two years the amusement park has made multiple updates in order to keep up with the high and constantly increasing attendance. The park has updated park scenery, removed two popular but aging roller coasters, Firehawk and Vortex, added the Kings Mills Antique Autos, and announced its first giga roller coaster Orion, which will be the park’s tallest, longest, and fastest steel roller coaster.

A giga coaster is a ride in which the initial height or drop is between 300 and 399 feet. While Orion’s initial height is only 287 feet, the initial drop is exactly 300 feet, just making the mark for the giga coaster label. The ride reaches speeds up to 91mph, making it the seventh fastest roller coaster in the United States. Orion is also tied for the seventh tallest drop in the world.

According to Kings Island Director of Communications Chad Showalter,  next season Orion will join the likes of Cedar Point’s Millennium Force, Carowinds’ Fury 325, among other giga coasters and will thrill park guests from around the world.

“In 2020, the world’s seventh giga coaster will join Kings Island’s coaster line-up,” Showalter says. “We expect Orion will be very popular for our loyal guests and passholders as well as coaster enthusiasts around the world.”

East senior and a Kings Island merchandise supervisor Jaycee Vincent, and self-proclaimed roller coaster diehard, says that she, among others, is very excited for the new addition.

“I am so excited for Orion to come to the park,” Vincent says. “Everyone at Kings Island has been preparing for the new ride.”

However, with new major additions to a park with limited space, there must be major removals. One of which being Vortex, as it was recently announced that Vortex will be closed after being operated for 33 seasons. Vortex, which gave rides to 46 million people since its opening in 1987, was manufactured by Arrow, an American based company that went bankrupt in 2002.

Vortex had replaced the original Bat roller coaster, and upon its debut it was the tallest full-circuit roller coaster in the world with a height of 148 feet, and was also the first coaster to feature six inversions. Also credited to the ride’s debut, attendance at Kings Island exceeded 3 million people for the first time in park history.

The reasoning for Vortex’s closure was due to the ride reaching the end of its service life. According to Showalter, the park’s in-house maintenance team usually determines the service life of a roller coaster, and a roller coaster can generally be maintained despite the status of the manufacturer.

“Retired coasters are generally a result of the maintenance team determining that they’ve reached the end of their service life,” Showalter says. “Sometimes it involves the closing of the company that manufacturers the ride [like Arrow]. Most Arrow roller coasters last 25-30 years.  Because Kings Island’s maintenance team took such good care of Vortex, we were able to reach 33 seasons with it.”

Jeanne Bauer, who was a member of the original daily operating crew for Vortex from 1987 to 1988, was given the opportunity to ride on the final train sent through before the coaster closed for good.

“I understand why they need to take the coaster down, but it is sad for me and my friends that worked there,” Bauer says, who worked at the park until 1993. “There are a lot of memories we all have from Vortex. To get to ride on the last train though, was a good bit of closure for all of us. We used to ride it several times a day when we worked there, so it was awesome to get the last ride.”

Added this past season, the new Kings Mills Antique Autos ride is an updated version of the previous antique car ride Les Taxis that operated at Kings Island for 32 seasons, from the park’s opening in 1972 to 2004. The ride runs on a quarter mile path and features cars that are 2/3 scale replicas of the 1911 Ford Model T. According to Showalter, the attraction was brought back solely because “guests wanted them to come back.” 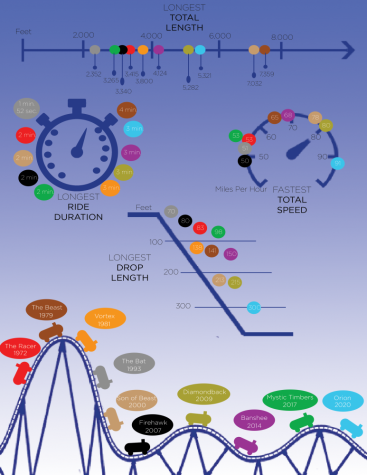 In 2018 the flying coaster Firehawk met a similar fate to Vortex. A flying roller coaster is a ride that simulates the sensation of flight by laying riders in a prone position, keeping riders in place using heavy restraints. Firehawk, which originally operated at Six Flags Worlds of Adventure under the name X-Flight from 2001 to 2006, opened at Kings Island in 2007.

The ride, which was manufactured by Dutch company Vekoma, was demolished in early 2019. Firehawk was originally advertised as the Midwest’s first and only flying roller coaster.

According to Showalter, the ride was demolished because, like Vortex, it had “reached the end of its service life” which was evident as the ride was periodically shut down during the season due to technical issues. The land that Firehawk once occupied will now be occupied by Orion.

Apart from rides and attractions, the park has had some aesthetic changes and updates as well. International Street, which houses many of the park’s gift shops, Royal Fountain, and replica Eiffel Tower, was completely updated this past season.

From the walkway, to the greenery, to the shops themselves, everything was given a new vintage look. Don Helbig, the Area Manager and Digital Marketer for Kings Island says that the International Street renovations will allow guests to relive the magic of International Street as guests experienced when the park was first opened.

With the movement to reintroduce nostalgic elements of the park and add brand new elements, while also removing mechanically outdated attractions, the landscape of Kings Island is evolving. According to Vincent, she cannot wait to see what else Kings Island has in-store for future seasons.

“Kings Island has changed a lot since I started working here,” Vincent says. “With all the new attractions and park attendance increasing, I can’t wait to see what else [Kings Island has] planned.”