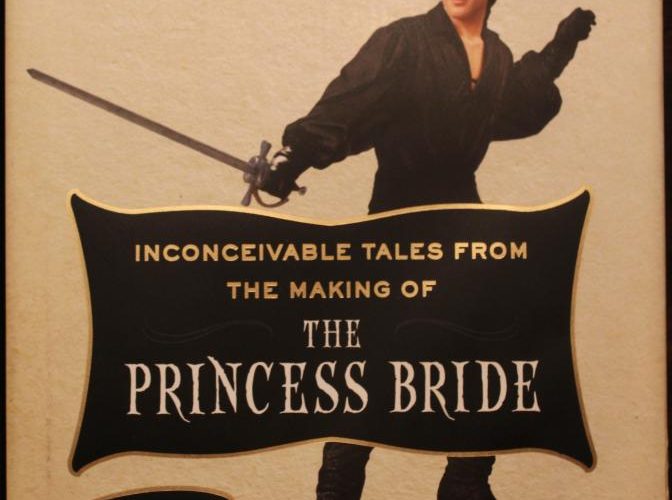 As You Wish by Cary Elwes with Joe Layden

As You Wish: Inconceivable Tales from the Making of The Princess Bride by Cary Elwes with Joe Layden

In 1987, a low-budget movie, starring Cary Elwes, was released after four months and achieved only moderate success in the theaters. Elwes and the other actors who had taken part in the film went their separate ways, proud of their work, but slightly disappointed at the reception of the quirky, multi-genre comedy. By “The Princess Bride’s” 25 anniversary, the movie had become a classic passed down through the generations with the advent of videocassette recorder. Cary Elwes felt he wasn’t able to completely describe the impact “The Princess Bride” had on his life during the interviews at the 25 anniversary celebration of the movie, so he proceeded to take fans behind Dread Pirate Robert’s (Cary Elwes) mask in a 259-page memoir, “As You Wish,” about the making of a classic.

Throughout “As You Wish,” Elwes doesn’t just focus on his acting experience itself. He provides a rollicking account of the comradery, hard work, and even mishaps that occurred during the production of “The Princess Bride.” The memoir is interspersed with direct quotes from directors Rob Reiner and Andy Scheinman, and Elwes’ fellow actors, including Robin Wright, Billy Crystal, and Wallace Shawn.

Overall, Elwes and his fellow crew members have only good things to say about the making of “The Princess Bride”. In fact, Elwes’ frequent affirmations of the kindness and talents of his co-stars and directors became almost repetitive.he unexpected and hilarious vignettes of the production would have been much sharper and more effective if Elwes hadn’t reiterated his liking for the cast and directors quite as heavily. Nevertheless, if loyal fans of “The Princess Bride” wanted a fun, detailed look at the process that brought them a family classic, Elwes has provided one, just as they wished.