FC Kicks it in Cincy

May 29, 2017Feature
Photography used with by FC Cincinnati.

This story was originally published in Spark Issue #176

It’s a Saturday at Nippert Stadium and the crowd is going wild, splashed with the colors orange and blue. The smell of hotdogs and cotton candy surrounds the stadium. The screams of the soccer players can be heard throughout the field.

Fútbol Club (FC) Cincinnati (FCC) is a United Soccer League (USL) club located in downtown Cincinnati. The games are held at the University of Cincinnati’s (UC) Nippert stadium. The club was officially launched in August of 2015, led by majority owner Carl H. Lindner III. According to the president and general manager Jeff Berding, the staff works together to provide the best experience for Cincinnati.

“Being a general manager includes a lot of responsibility,” says Berding. “Not only are you responsible for the players who play for the organization but it is also important that the front office is on the same page and that we are moving in the same direction. With so many different areas involved in our organization, it is vital that a clear vision is presented to everyone so we are working towards the same goal on a daily basis.” 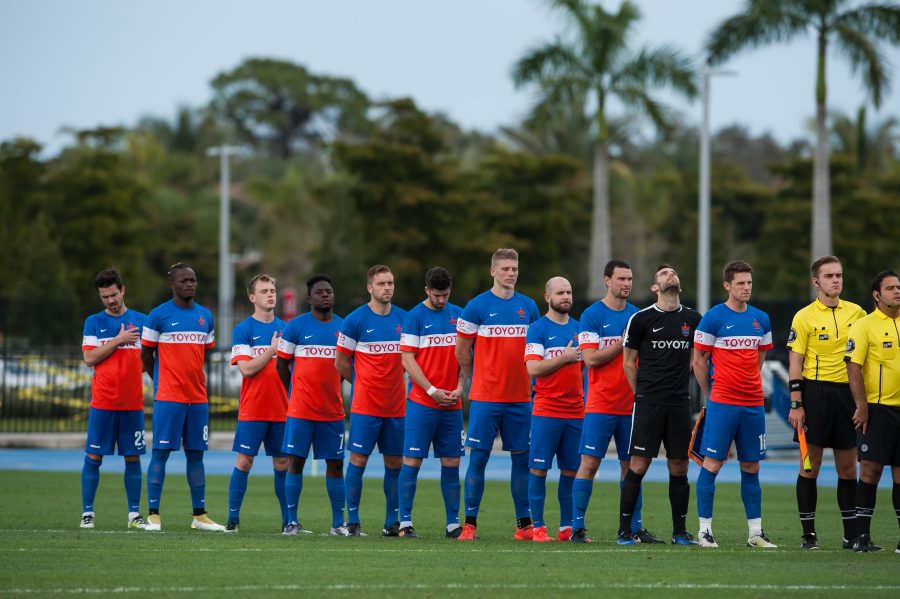 The team consists of 26 players with the average age of 27 years-old. Lakota West graduate Matt Bahner is currently signed to the club. He plays defender, whose job is to keep the other team from scoring a goal. Bahner, who graduated from the University of Cincinnati in 2012, is excited to return to his alma mater while representing his city.

“Playing at one of the best stadiums in the country [Nippert], with our huge fanbase at my former university [UC], doesn’t get much better than that,” says Bahner. “I am very thankful the club was willing to add me to the organization.”

The club recently submitted a bid to Major League Soccer’s (MLS) headquarters in New York. If accepted this bid would put FCC in the highest professional soccer league in the country. FCC has been placed among 12 other cities competing for four remaining spots as the MLS looks to grow from 20 to 28 teams in the upcoming years. According to Berding, FCC’s main goal is to help influence Cincinnati in a beneficial way and the MLS provides that opportunity.

“The goal over the next five years is to continue to grow as an organization and continue to work to make a positive impact in our community,” says Berding. “The city is on the rise and we want to be the best franchise we can be and make the Queen City proud. Ultimately, we want to be in the MLS, the top level of American soccer.”

FCC has also been working with UC to update Nippert Stadium to accommodate their large fan base. In total the club has put 2 million dollars into updates and other improvements.

“The Nippert Stadium renovation has been great,” says Berding. “The field is wider and longer, giving our players more room to create opportunities to score as well as improving sightlines for the fans. We built our team to play exciting, dynamic soccer to give our fans a great show and I think we have done that.” 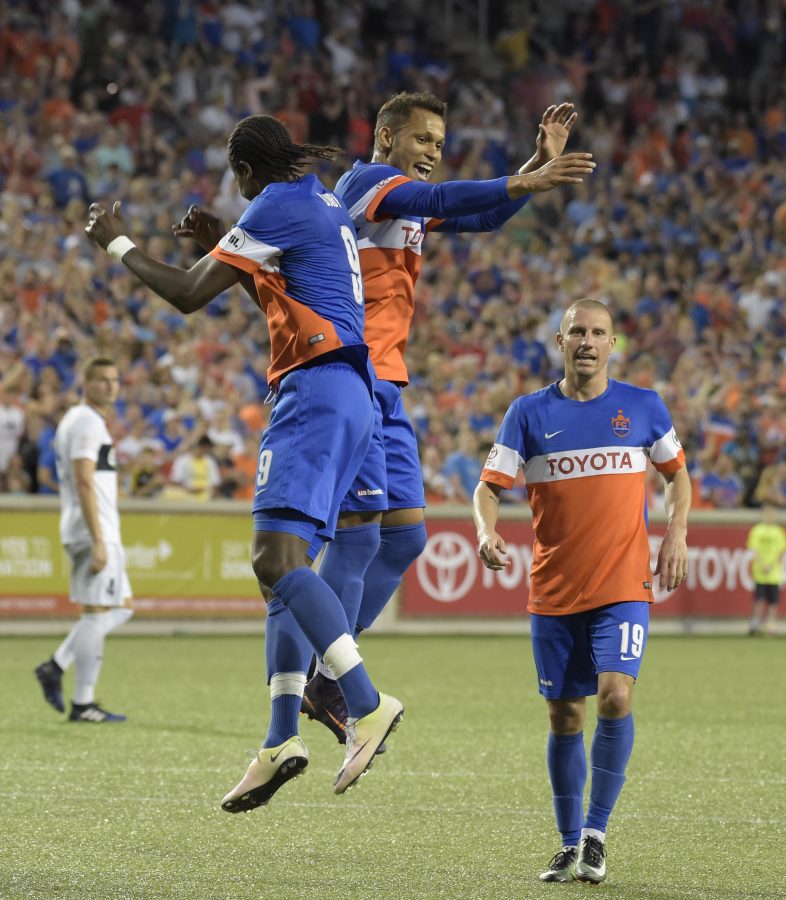 The club’s fanbase has a major impact on the club as a whole. FCC was expecting a large fanbase but the support they received from the city far exceeded their expectations. Opening day of 2017 attracted a crowd of 23,144, surpassing the previous USL home-opener attendance record of 20,231 set by Sacramento Republic FC in 2014.

“[FCC] believed we could average 10,000 fans per match and now we are averaging nearly 20,000,” says Berding. “In one year, we have grown from 6,000 season ticket holders to 11,500 which is one of the highlights for the club. We have always known that Cincinnatians support Cincinnati endeavors and to have the turnouts we have seen have been tremendous.”

Along with the growth of the club, the players and coaching staff are growing as well. New head coach Alan Koch started at FCC as the Director of Scouting and Analytics and Assistant coach in December 2016. Koch was announced to be the second head coach in February 2017.

“We are lucky to work for a great club in a great city and my staff and I will work very hard to achieve success,” says Koch. “I want to have a positive team culture that allows the players to go out and play with freedom.”

FCC has a major impact on many soccer players in the southwest Ohio area. One player includes East Junior and varsity Center Midfielder Jak Birdsong. Through his club team Cincinnati Cup, Birdsong had the chance to train with the FCC team and their staff on a few occasions.

“It was cool [playing with FCC],” says Birdsong. “The thing that was different about FCC [compared to club soccer] was the coaches were on a different level. It’s a lot faster pace at a higher level. They have higher standards. I think it would be cool to play for Cincinnati [in the future].”

FCC is still growing in popularity and in order to keep growing, the club wishes to provide the best experience for their fans. From the new stadium updates to growing team culture, FCC is on its way to having a lasting impact on Cincinnati.

“FC Cincinnati prides itself on being a family-friendly organization,” says Berding. “We work hard to give all [of] our fans a great experience at our matches with very affordable ticket pricing options. We hope that if you haven’t already done so, you’ll take the time to come and see a match. We think you’ll get hooked.”