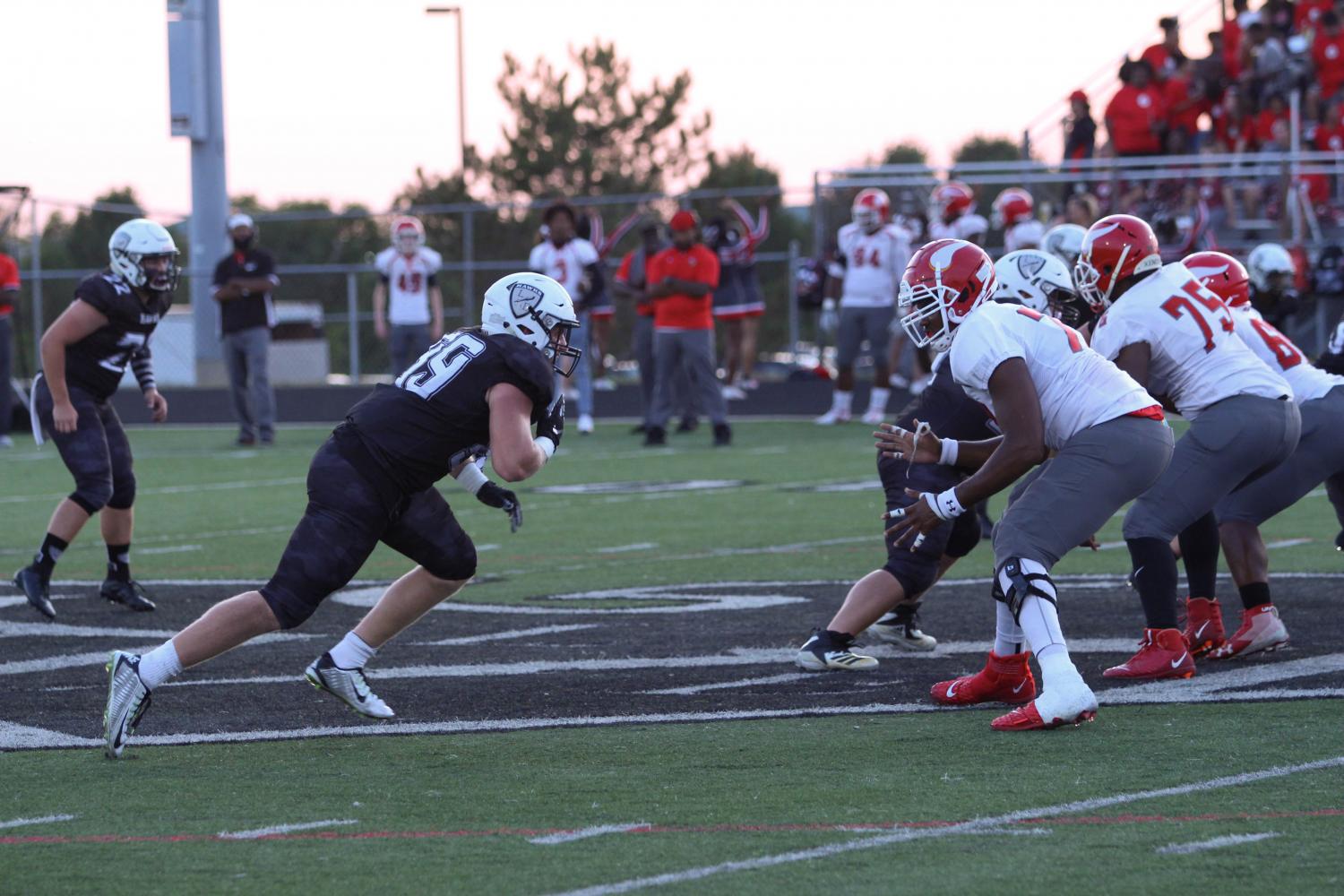 story and photography by Jake Ratliff

With 15 seconds left on the clock, the Princeton Vikings line up on the two-yard-line against the East Thunderhawks. The Hawks lead the game by three points, 21-24, and the audience prepares to exit the stands after a heated game.

Suddenly, the Princeton crowd cheers with excitement. The referee throws up his arms, signaling a touchdown amongst a dogpile of players. That last-second touchdown wins the Vikings the game 28-24.

Neither side expected the aftermath of that touchdown. Players ran over to the stands to curse at the student section, smack talk was exchanged over social media, and the validity of the touchdown was later controversial.

Flash forward a month and a half later. Lakota East beat Hamilton in overtime of the last game of the season with a score of 59-55. Even after this tremendous victory, however, the Hawks failed to make the cut for the playoffs.

Some players, including East fullback Brayden Ledford, believe that the reason East did not make playoffs is due to the call on the play at the end of the game against Princeton.

“Princeton’s only in front of us because we lost to them on a play that shouldn’t have counted,” Ledford told Spark. “If we didn’t have one more loss on our record from them, we would’ve beat them to the playoffs.”

Princeton’s record at the end of the season was 6-5 while East’s record stood at 5-5. In turn, if East had won the game, their positions on the leaderboard would’ve been swapped, and the Hawks would have been in the playoffs.

The day after the game, numerous pieces of video and photo evidence started surfacing on social media sites detailing the final touchdown. These photos and videos led people to argue whether Vikings quarterback Myjaden Horton’s knee was down before the goal line or not.

This debate continued for some time, but ultimately led to nothing but tension.

East’s starting defensive tackle Adam Hundemer faced off against Princeton offensive tackle and Ohio State commit Paris Johnson Jr. during that game. He says that during the game, one could “feel the tension in the air.”

“I feel like a lot of people around [East] only talked about what happened after the game,” Hundemer says. “But even during the game, there was some type of energy, an energy that just added fuel to the fire and made both sides play harder.”

This fire of a rivalry may have been a good thing for both schools, however, even amongst the ruckus. Professor of psychology at Xavier University Dr. Christian End says that sometimes with sports, bad blood can be good.

“Rivalries help tell the story of sports, and in so doing give fans a sense of urgency and drama,” End says. “This is how major league teams pull all their money. The fans see the tension and buy into it.”

One example of this ‘bad blood’ having a positive impact is the infamous rivalry between Michigan and Ohio State (OSU). These teams have long had an intense rivalry. In 2018, the OSU vs. Michigan game was OSU’s highest viewed football game, pulling over 13 million viewers, and the second highest viewed OSU game, OSU vs. Penn State, peaked at 12 million viewers, even though it was the highest rated game of the season.

The same can be said about the rivalry between East and Princeton. Amongst the drama and controversy, the buzz was widespread. A broadcast of the football game that was aired on West Chester Township’s YouTube channel garnered nearly 1000 views, and is one of the most viewed videos on their channel.

“Humans have a subconscious urge to root for action and conflict,” End says. “In rivalries such as that between East and West, or East and Princeton, these rivalries that have been building upon action and competition for years, [people] love that stuff. That fierce competition brings energy to our favorite sports.”