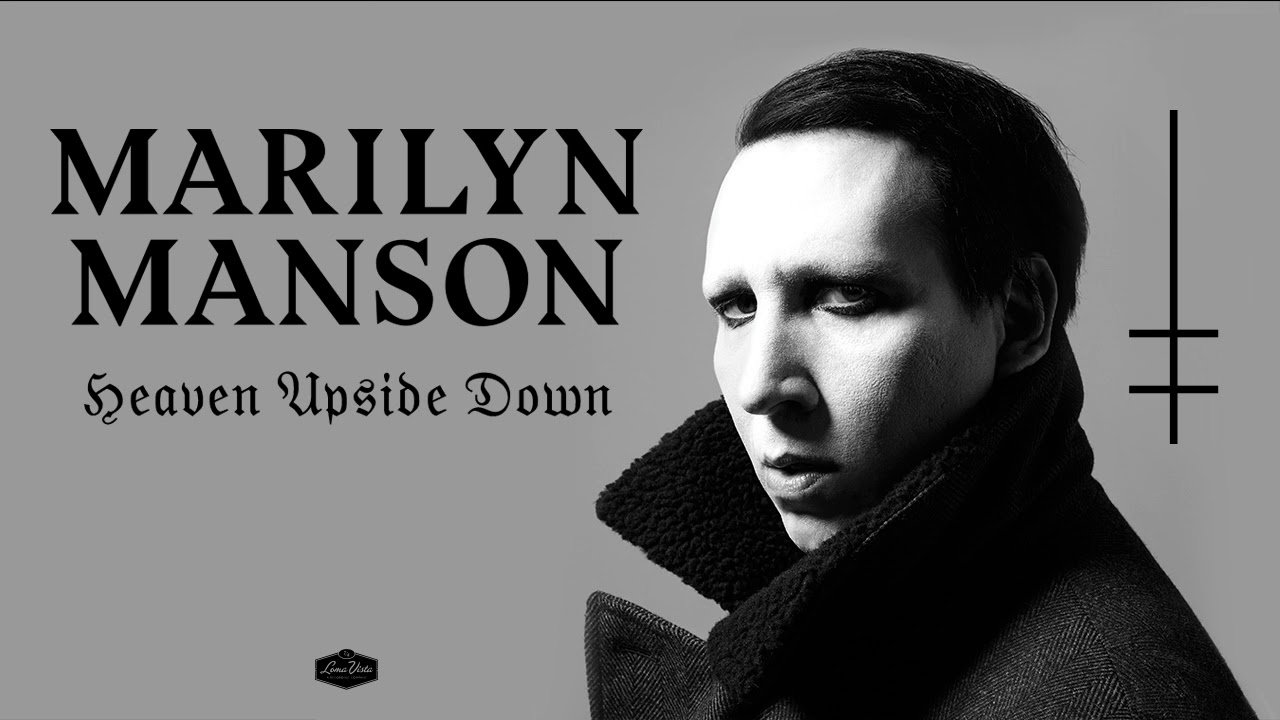 Heaven Upside Down by Marilyn Manson

With his newest album, “Heaven Upside Down”, industrial shock-rocker Marilyn Manson, the long-adopted stage name for Brian Warner, has returned to the metal scene with his first release since 2015’s “The Pale Emperor”, a debut collaboration with producer Tyler Bates.

While “The Pale Emperor” reflected a new goth-rock direction for frontman and vocalist Marilyn Manson, “Heaven Upside Down” attempts to reprise his role as the animalistic, counter-culture hero that has terrorized middle-class suburbia for over two decades.

On the cover of his tenth studio album “Heaven Upside Down”, Warner appears for the first time without his iconic white face-paint, instead staring menacingly in front of a gray background. This serves to show that the 48-year-old has lost the terror, edge and authenticity of the role that made him notorious in the 90’s.

For listeners without background in the band’s past material, the album struggles to stand lyrically on its own. Warner comes across as a firing gun without a target, his subject material often failing to go beyond the needlessly profane. Musically, the album brings power and intensity to the forefront, a trope for Manson that is bound to feel like an exciting and a refreshing return to form for any fan of the band’s discography.

The buzzsaw guitars and piercing screams of “SAY10” and lead single “WE KNOW WHERE YOU F*****G LIVE” conjure up the apocalyptic atmosphere of 1996’s “Antichrist Superstar”. Conversely, the techno-saturated beats of “Saturnalia” and “KILL4ME” recreates the sounds of their 1998 album “Mechanical Animals”. Marilyn Manson attacks each song with their signature confidence that easily draws listeners in to hear what they have to say.

“Heaven Upside Down” cements itself in Marilyn Manson’s discography as a natural next step for the band. However, lyrical shortcomings cause the band to lose their usual leverage of having serious commentary under their belt, creating a cohesion of powerful ideas without enough substance to meaningfully elaborate on.