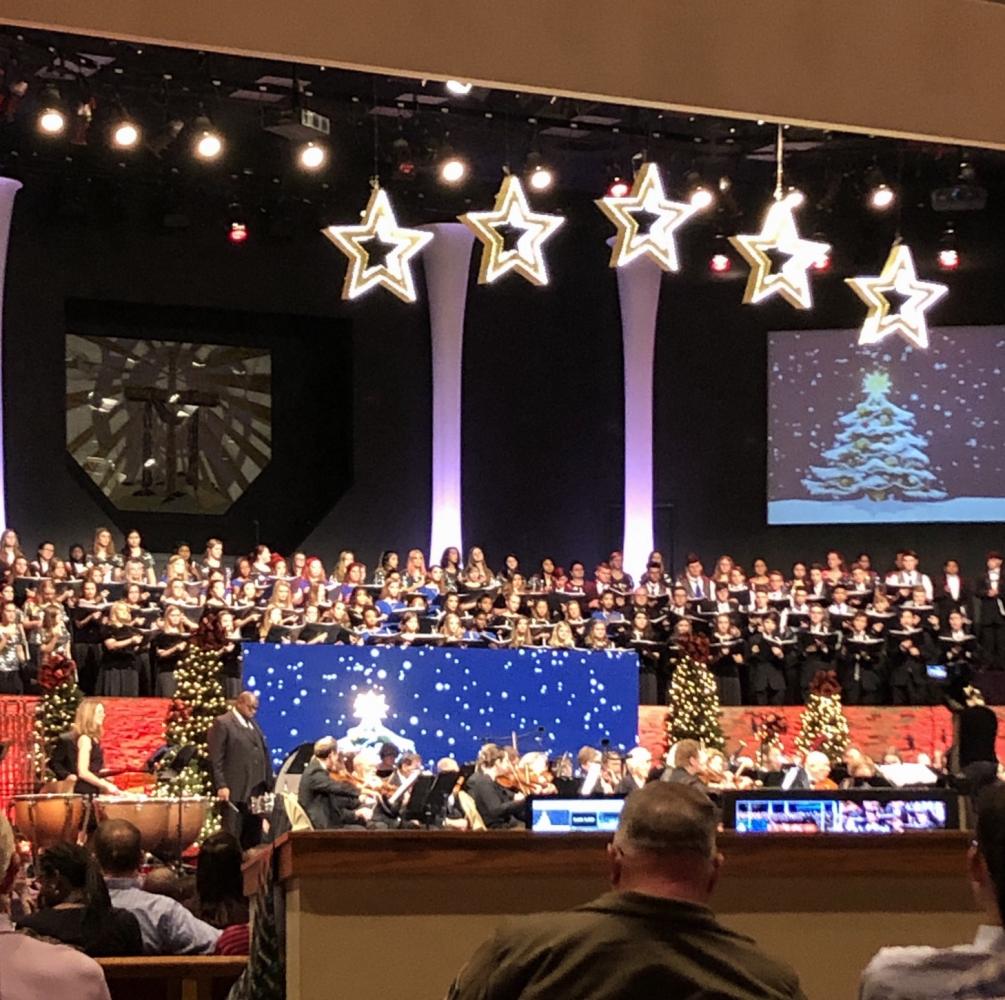 story and photography by Marleigh Winterbottom

In honor of their 10th anniversary, the choirs sang popular songs from previous concerts, such as Silver Bells, a Frozen Medley, and many other holiday favorites.

“Particular songs were picked because we’ve done them before, so it was retrospective of the last ten years,” East Choir Director Becky Huddilston said.

According to Huddilston, one goal for this concert was to make it more interactive for the families. In order to achieve their goal, parents volunteered to dress up as holiday characters including Santa, Frosty the Snowman and Princess Anna from the movie Frozen. The parents and SDA Studios’ dancers got the younger children involved by walking or dancing with them around the venue and passing out candy canes.

Liberty Junior choir teacher Nicole Fink has played violin in the West Chester Symphony for 21 years, including all ten holiday choir concerts. She was touched by the family incorporation and accessibility integrated this year.

“This year was extra special for me because my daughter was there,” Fink said. “She’s four years-old and on the autistic spectrum. She stayed the whole concert and loved it. It was really fun to see her be able to participate.”

Another new addition to the concert included seven dancers from SDA Studios. Huddilston sent studio director Mary St. Romain the music alongside her vision for the routine. Then St. Romain was able to choreograph and rehearse the dance with her students.

“That’s what the arts are about, people working together,” Huddilston said. “We’re all on the same team.”

Not only did the event showcase several art forms, it allowed the community to come together.

“It is always a really special time to be able to visit with former students and see how they’ve progressed,” Fink said. “I had a small part of their journey, which was nice.”