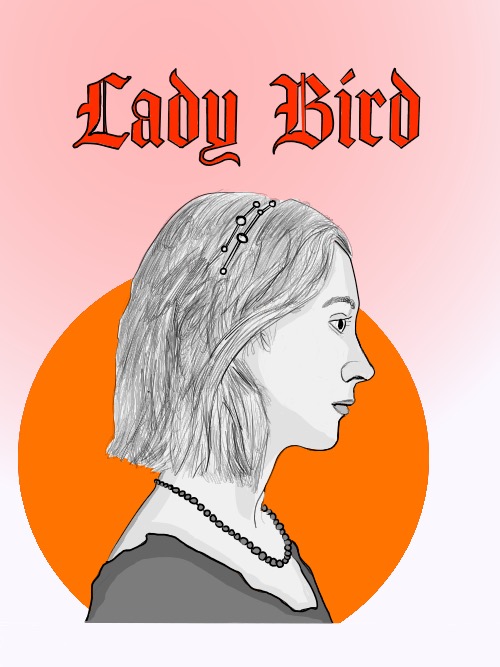 Actress Greta Gerwig’s astonishing solo directorial debut “Lady Bird” has undoubtedly set the bar higher than ever for the teen film genre. In the film, Gerwig offers all of the familiar conventions of the genre, such as the troubling relationship between the main character and her mother and a fixation on fitting in.

The movie surrounds these tropes with an atmosphere of wonder that makes even the most cliched teenage encounters seem original and captivating. Gerwig’s fresh perspective ultimately makes for a screenplay that dives much farther into the gritty but beautiful realities of teenage life than any of its recent predecessors.

Centered around the late-teen years of Christine McPherson (Saoirse Ronan), the film’s story is one that highlights progression, coming of age and discovering the real world for the first time.

McPherson asks that people call her Lady Bird—a name ”given to me, by me,” she explains to her dumbstruck theater teacher—in an authentic pursuit of teenage individualism. The film’s story follows her through the void between childhood and adulthood, hoping to stand out to the people around her and to “live through something,” as she emotionally confesses to her mother in the movie’s opening.

Gerwig, who has described “Lady Bird” as semi-autobiographical, makes it obvious that she knows her characters very well, making for an incredibly authentic and entirely relatable viewing experience. She develops her relationships between character and audience so deeply that the end of the film leaves a desire to know what comes next for these characters.

In its 95 minute runtime, “Lady Bird” sees its world transformed alongside its titular character, who the audience can’t help but root for in her quest to make it in the real world and find peace in her turbulent relationship with her mother. From start to finish, the movie succeeds entirely in being a beautiful story that delivers the powerful message of cherishing the life one has and the relationships that one builds.