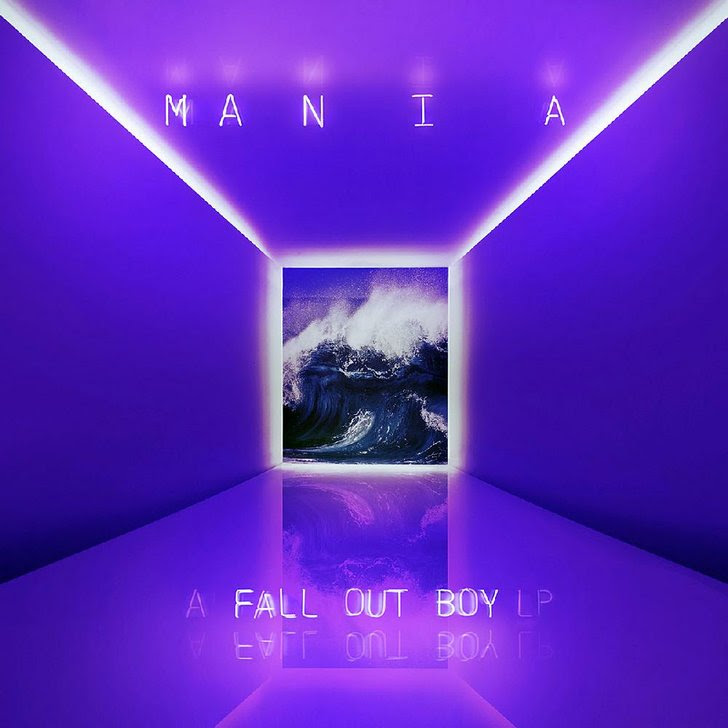 MANIA by Fall Out Boy

“MANIA” reached number one on the Billboard’s top albums chart 11 days after its initial release. Out of Fall Out Boy’s seven albums, “MANIA” is the fourth to have this accomplishment.

“Young and Menace” is the first song on the album and the first song to be pre-released, teasing the final premiere of the long overdue album which was released eight months later. The song keeps a steady and calm beat up until the chorus which is full of the lustful screams of the song’s title mania. This song, unlike Fall Out Boy’s previous songs, features very obvious vocal alterations of lead singer, Patrick Stump.

The album’s third song, “Stay Frosty Royal Milk Tea” brings a new vibe to the album; with a louder and heavier beat this song starts as a slap in the face to wake up listeners. Along with expletives, this song also has a French lyric in it, “Eau de résistance” which translates to “water of resistance” which I interpret as possibly meaning that a rebellion is coming.

Following the trend set by their album title, Fall Out Boy’s fourth track, “HOLD ME TIGHT OR DON’T”, is titled entirely in capital letters. This song has all kinds of emotions poured into it with  the sass and passion for love of another and love of oneself that the rest of the songs lack.

“Church” is the albums’ love song. It is all about what true love means and that sacrificing anything for their significant other is typical and expected. This song even uses the metaphor of comparing love to a church because the receiver is seen as holy and everything like God to their followers.

The album was planned to be released in Sept. 2017 but the band felt that the album was not ready at that time so they delayed the release of it. Instead, they released the single “Last of the Real Ones” at the time of their pre-planned album release. Fall Out Boy was already on tour so they played their unreleased song, “Expensive Mistakes,” in October to a live audience as a sort of teaser.

This album is amazing in every aspect, whether it be lyrically, instrumentally and more. It could be listened to for hours on loop but because of the five month delay in releasing it, I cannot give it 5 stars.