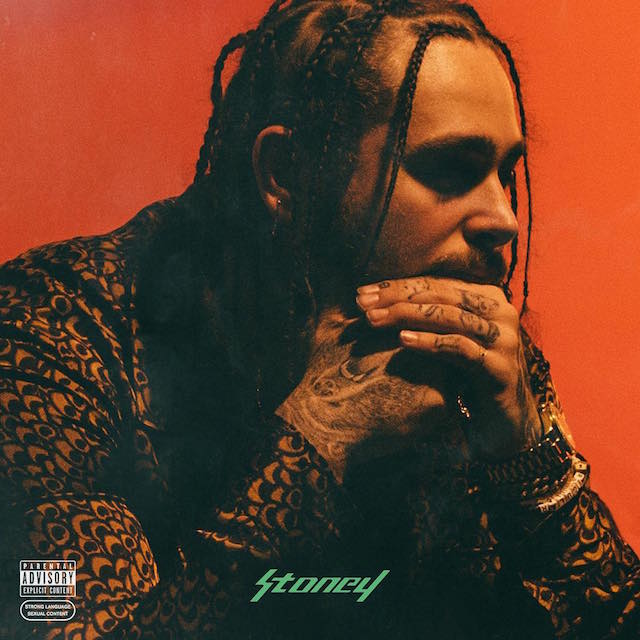 Post Malone’s debut album Stoney was one of 2016’s most anticipated albums. This is credited to his popular breakthrough single “White Inversion” released in 2015. The song introduced the rapper’s unique flow to the industry, moving effortlessly from laid back and melodious to energetic throughout the track. Along with this flexibility came Malone’s clever use of rhymes about basketball as a metaphor for life. He carries his distinctive style into Stoney, but overall it pales in comparison to his first hit.

The closest Malone is able to get to the magic of his debut track is the dreamy “Yours Truly, Austin Post” where he muses about coming “down from the high of my life.” He also gets an extra kick put into this album with the help of some famous features, including 2 Chainz on “Money Made Me Do It” and Justin Bieber taking over the hook on “Déjà Vu.” The best feature on the album has to be Kehlani’s appearance on “Feel” which serves to bring out the best in Malone by showcasing his potential to create more hits in the future.

Despite possessing a few redeeming tracks on this release, Malone’s definitive flaw in this album is his lack of depth in his lyrics. There is little to nothing besides angst spread across almost every track. His explorations of relationships are simplistic and his biggest crutch seems to be some of the biggest rap cliches, including drugs, chains and girls. The source of depth in this album is not the lyrics, but the sonics alongside his vocals. The underdeveloped thoughts in his songwriting suggest that even with the cover of his melodic beats, his messages are nothing exceptional.

At the end of the day, one of the year’s most anticipated rap albums was quite underwhelming. Given Post Malone’s trepidation to fully commit himself to the rap label, he’s going to need more than what he brings to the table in Stoney to secure his place among other hip-hop greats.