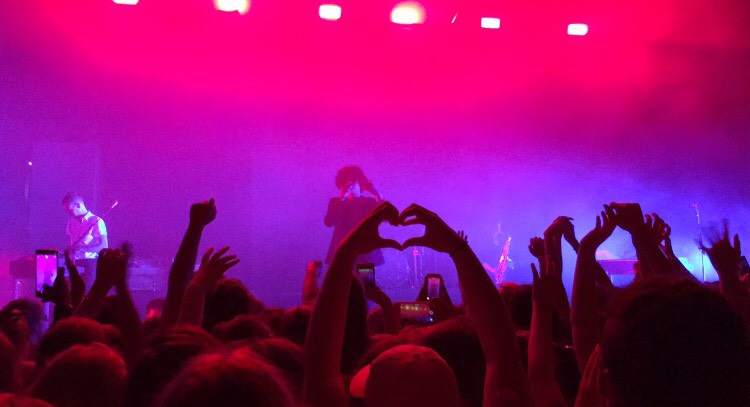 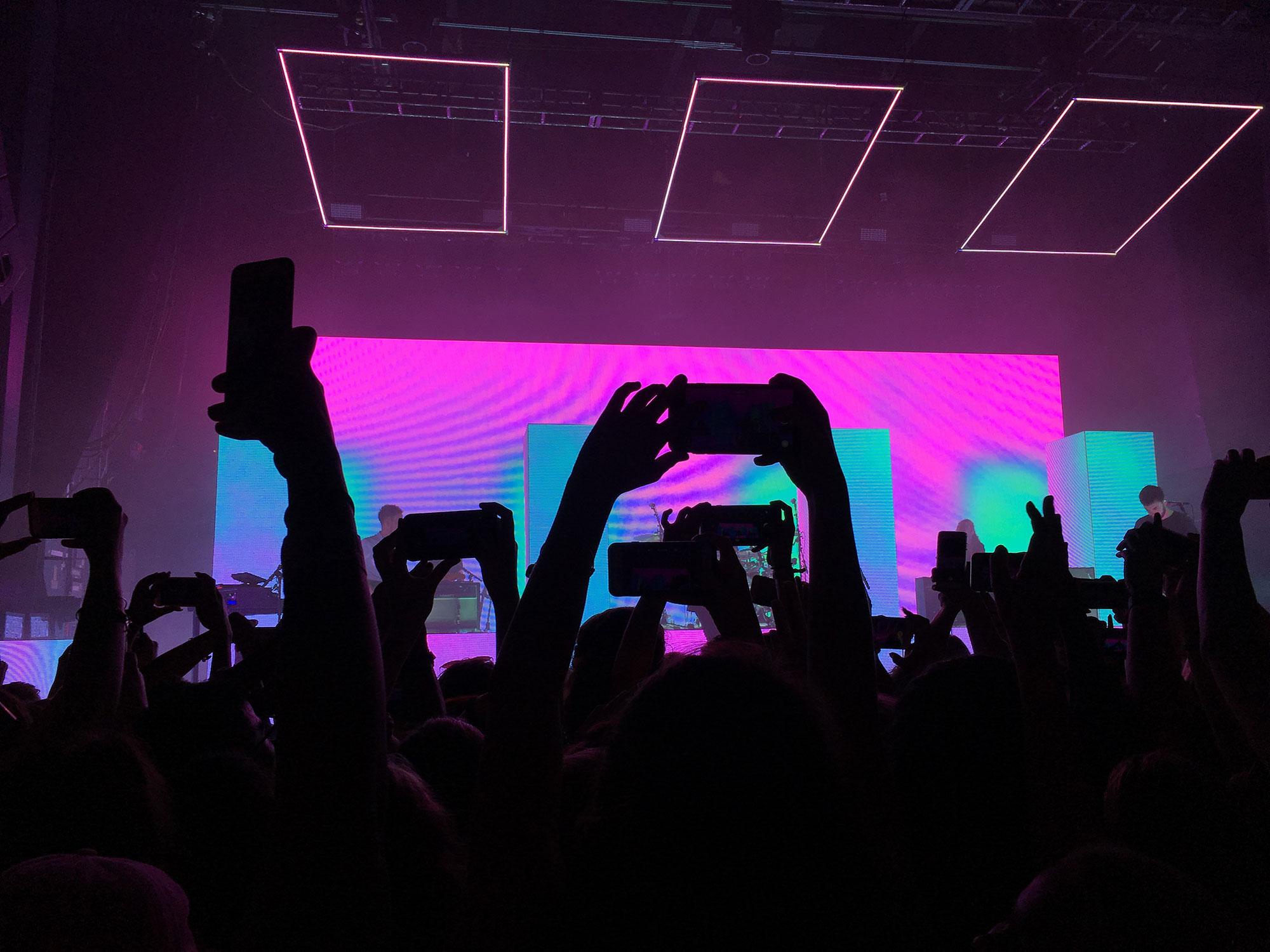 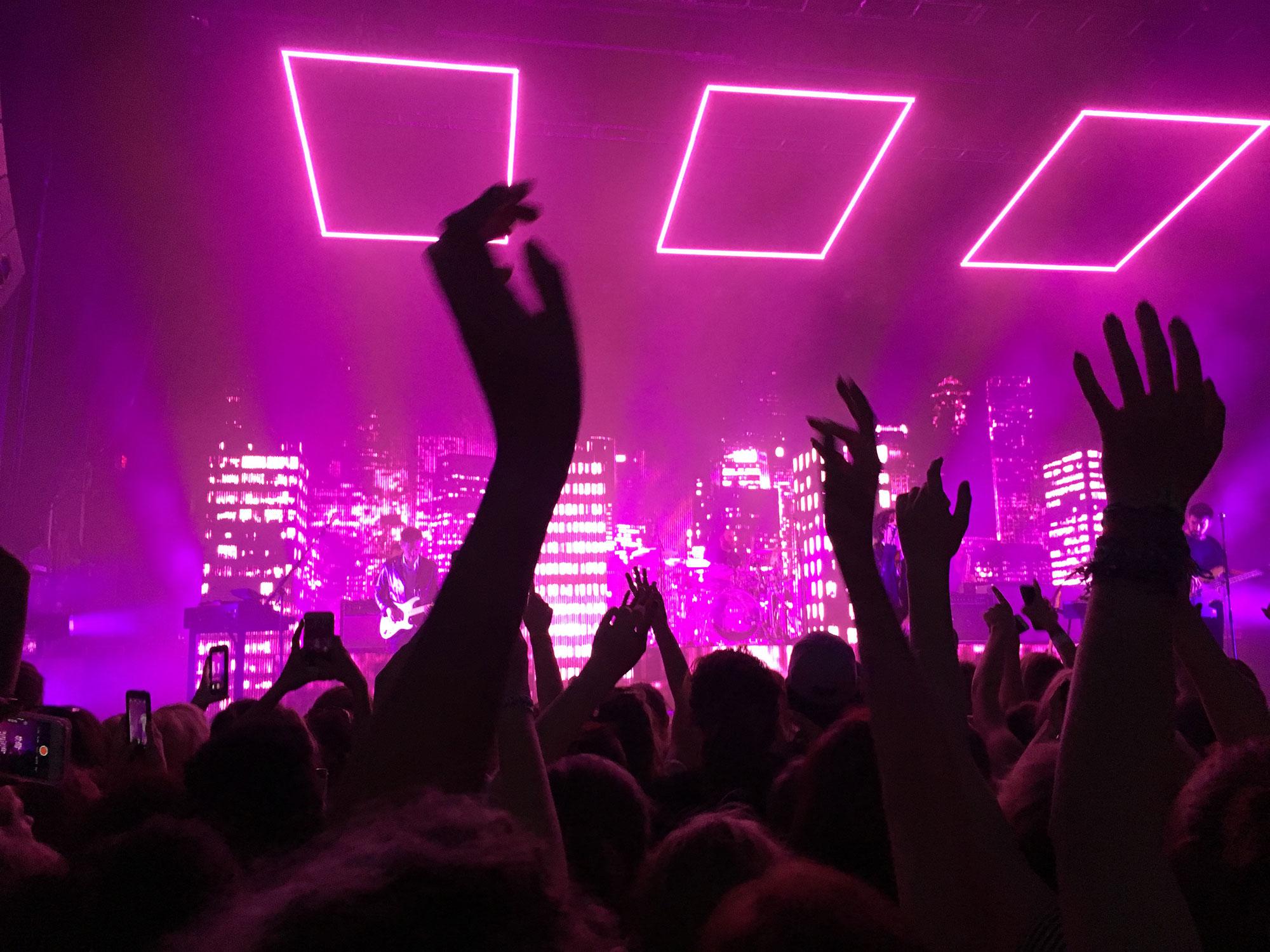 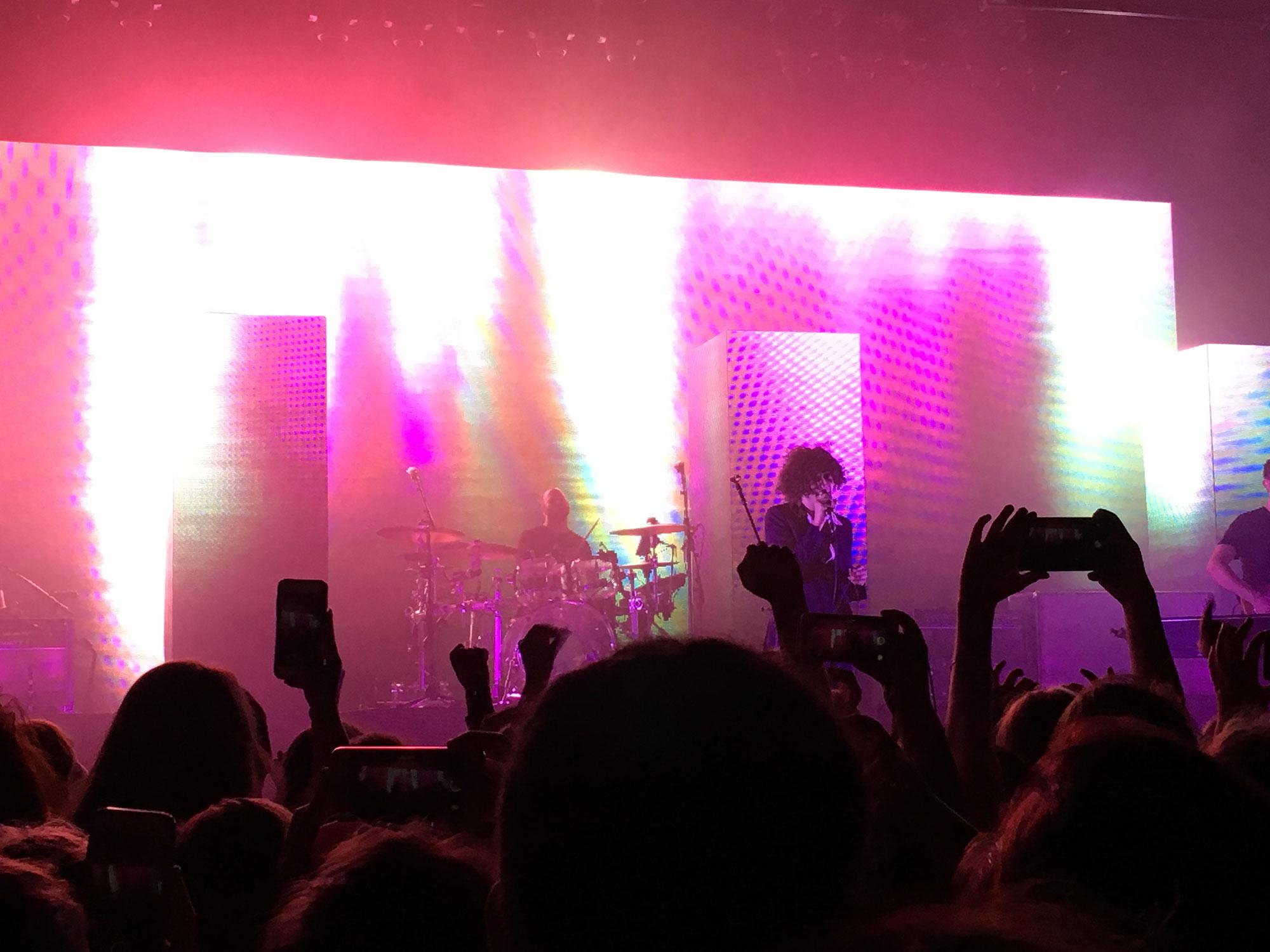 Story and Photography by Karmiela White

The iconic illuminated rectangle appears on the stage as the static sound grows louder and fills the room. Immediately the crowd goes wild, their minds racing as they think of all the things the band has in store for tonight’s show. The 1975 are a band based out of Manchester, England and  have been touring constantly since 2012, quickly becoming known for their exciting yet intimate concerts – this one was no exception.

The band opened up with their hit single “Love Me” as lead singer, Matty Healy, embraced the crowd almost as quickly as they embraced him. The band has completely changed their style with their sophomore album, “I Like It When You Sleep, For You Are So Beautiful Yet So Unaware Of It,” leaping from purely black and white to a vibrant pink album cover and light show during the concert. As Healy sang each note, the lights on the stage moved his voice and took the fans by storm.

When the time came for some somber songs, the lights carried the melancholy mood all the way to the back of the arena. With its song “If I Believe You,” the song has a multitude of beat drops accompanied by a soulful choir. While the choir got louder, the lights brightened and as they cut off their voices the lights went out – creating powerful moments all throughout the song.

The band generated a good mixture of their classic songs and their most recent ones, essentially giving each fan that pure bliss with their favorite song. Whether it be a song about misplacing your brain, death, or an instrumental piece, The 1975 have a way of making every moment feel as if they were playing to a concert of 100.