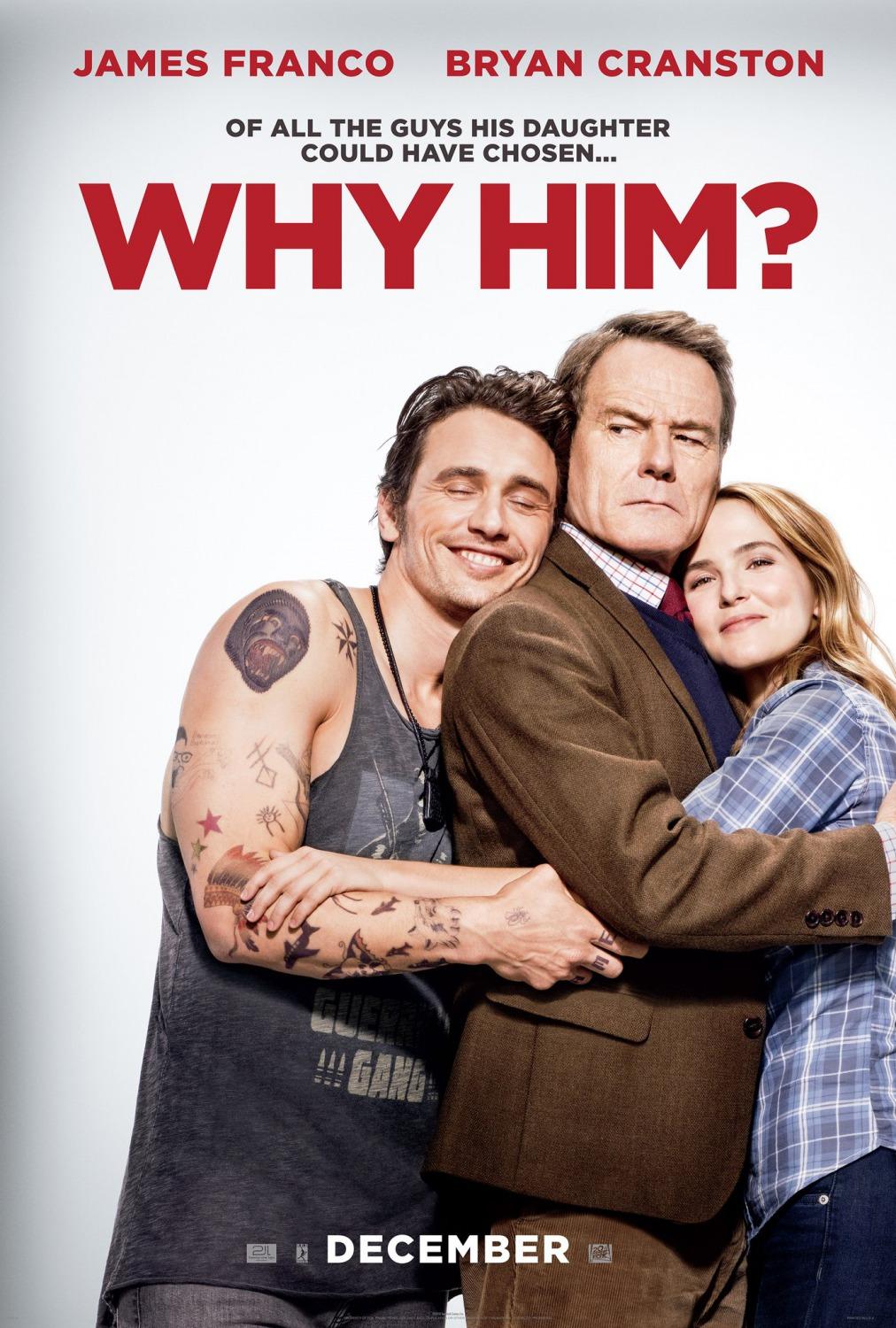 By Sophia Spivey | Photography Fair Use

This new holiday movie is definitely not for the whole family. Even though I loved every single second of “Why Him,” I wouldn’t suggest seeing it with parents or younger children. I enjoyed the crude humor throughout the flick, barely being able to catch my breath without cracking up again.

Stephanie Fleming (Zoey Deutch) invites her parents and younger brother up to California over Christmas break to meet her boyfriend after they see his butt over Skype. When they arrive, her father Ned Fleming (Bryan Cranston) is faced with his biggest nightmare Laird Mayhew (James Franco), a well-meaning free spirit in love with his daughter. Ned disapproves of his Stanford daughter dating a guy with such an footloose attitude and unfiltered language.

After Laird asks Ned for his permission for Stephanie’s hand in marriage, Ned’s level of concern grows. From there on Ned decides it is time for him to fight to get his daughter back. As Laird starts to win over the rest of the family, Ned does his best to keep his daughter as far away from marrying Laird as possible. As tensions grow, his relationship with his daughter is strained even more.

Even with all constant ridiculous jokes the message of family was clear: the bond between a father and his daughter was apparent. With every single action that Ned made, the audience could see that he had the best intentions. Seeing the unconditional love that he had for Stephanie was heartwarming.

I was pleasantly surprised that the casting directors were able to place Laird with an actor that fits his personality so well. I hope that they somehow make a “Why Him 2?” because one movie isn’t enough to show this family’s story justice. With the amount of outrageous events that happens to that family, there has to be a few more stories to tell, and I can’t wait to see where Stephanie and Laird could potentially end up. This is a comedy that I could rewatch a thousand times and still love.