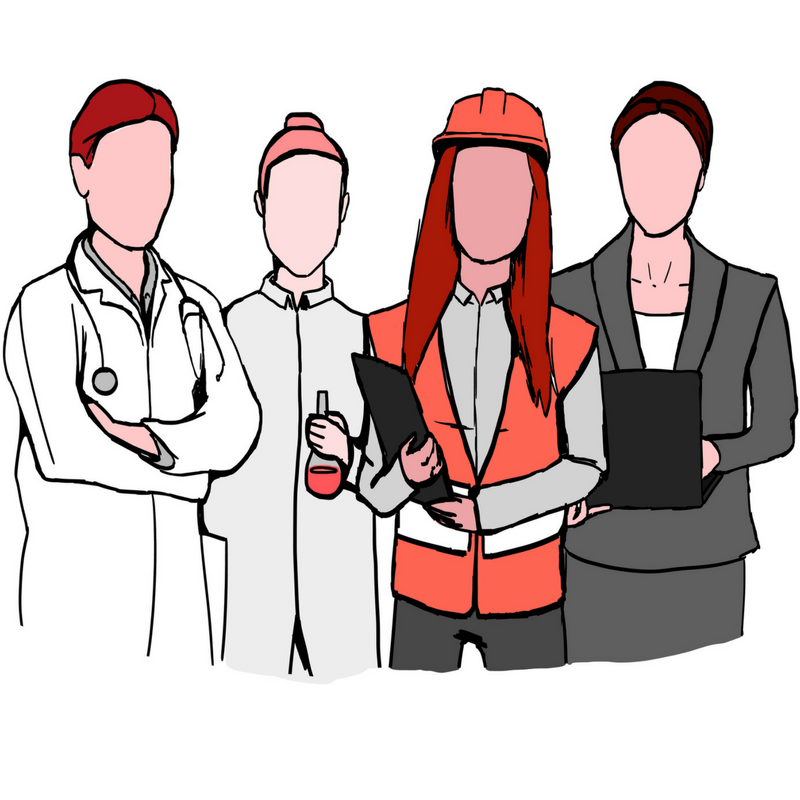 She wanted to prove that a woman can excel in math and science. After major discouragement from an authoritative figure, a young high school girl headed off into the field of Inorganic Chemistry to earn her doctoral degree.

Professor of Inorganic Chemistry at the Ohio State University (OSU) Christine Thomas-Wade says that a few “of my female undergraduate students have told me similar stories,” of role models dissuading them to pursue a career in a Science, Technology, Engineering and Mathematics (STEM) field solely because of their gender.

In a Pew Research Center study that was released in Jan. 2018, “jobs in STEM have grown substantially, particularly in computer occupations, [but] the share of women working in STEM jobs has remained at about half over time.”

Yet, in that same study, 50 percent of women in STEM jobs said they have experienced gender discrimination at work but only only 19 percent of men agree. Additionally, 29 percent of women in STEM jobs report an array of experiences with discrimination including being treated as if they were incompetent. 20 percent have experienced repeated, small slights at work and 18 percent have received less support from senior leaders than a man doing the same job.

In a recent Spark survey that was conducted with 325 East students, 87 percent believe women should be in STEM fields. Wade says that when she looks around at the undergraduate students in her chemistry classes, half of the class is male and the other half is female.

According to a 2016 study by the National Girls Collaborative Project, women make up half of the total United States (U.S.) college-educated workforce, but only 29 percent of the science and engineering workforce.

That same study found that women make up 62 percent of the workforce in social sciences and 48 percent of biological, agricultural and environmental life sciences. However, women only occupy 15 percent of engineers and 25 percent of computer and mathematical scientists.

“The percentage of women [in science related fields] begins to drop off at the graduate level—in most chemistry [doctorate] programs in the country, the male to female ratio is far from equal,” Wade says. “Usually the demographic is about 30 percent female and this is consistent with the applicant pools. So it isn’t that women aren’t getting accepted to doctorate programs, it’s that they aren’t even applying.”

OSU Ohio Eminent Scholar of Biochemistry Karin Musier-Forsyth has seen similar results in applicant pools and says it is not unusual to have only a few women faculty members among a majority of men. In fact, only 22 percent of the OSU faculty members are women and is considered one of the highest percentages in the country, according to Forsyth.

“I think this is largely due to the encouragement, or lack thereof, at earlier stages in a girl’s education,” Forsyth says. “Mathematics and engineering are not things that girls are pushed towards even though they may excel in those areas.”

According to a 2017 study by the United Nations Educational, Scientific and Cultural Organization, of the women who earned engineering degrees, 38 percent quit or never even enter the engineering profession. That same study states that women are less likely to enter STEM fields and more likely to leave later on.

East College Preparatory, Honors and Advanced Placement (AP) Chemistry teacher Elizabeth Gosky says that she has clearly witnessed a shift in the student demographic as she earned her Bachelor’s in Science and chemistry.

“As a teacher, [I want] to inspire that interest and pique in as many individuals as possible,” Gosky says. “Based on our classes here at East, we definitely have an even split of males and females and in our higher level electives. My only hope is once they leave here, they just keep going.”

One of those individuals that pursued an education in a STEM field after graduating from East is 2017 alumna Marika Thompson who currently studies computer science at Harvard University.

“I didn’t feel any [gender] discrimination in my [STEM] classes, even though I was one of the few girls in there,” Thompson says. “My teachers were very supportive and didn’t treat me any differently than the boys.”

With the miniscule of female presence in science fields, two young students that want to make a difference and increase the amount of girls interested in hands on science fields are East juniors Cali Hoffman and Lindsay Isom. These two started the Women in Science and Engineering club at East to empower young girls to enter fields such as engineering, chemistry, physics and more by opening their eyes to different job options.

“Everyone, including girls, need to expose [themselves] to all of the different careers out there and then make an educated decision on what [they want] to do,” Hoffman says. “If you don’t know what engineering has to offer, you can’t say you’re not into it.”

According to the U.S. Census Bureau, in 1970, only seven percent of all STEM workers were women compared to the 24 percent as of 2011, according to a study by the U.S. Department of Commerce. Hoffman and Isom are working towards continuously increasing the presence of women in science fields.

“I definitely think there are less women in STEM fields and it needs to change, although we’re on our way there of making a difference. We want to get people more excited about science,” Isom says. “When I was younger, I didn’t know what engineering was and I think that there’s a stereotype that girls can’t go into [engineering] and we want to break that stereotype.”

Professor of Evolution and Development of Arthropod Visual Systems at the University of Cincinnati Elle Buschbeck says she has seen this unequal demographic of men to women at higher levels of education. She believes the amount of women decrease significantly for many different reasons, such as not having as much of a chance for a tenure and other benefits.

“Generally, there are many more men than women [in STEM fields],” Buschbeck says. “Now is that because women are less interested? Or those areas are less tangible for them? Or maybe it’s just harder for them to get into those fields? I don’t know.”

Despite the biological differences between males and females, Wade says that she thinks “unconscious bias happens when [women] are evaluated” between the genders for jobs and graduate programs.

“I think that a lot of women and girls self-select themselves out of STEM fields because of confidence issues or because they are intimidated by a male-dominated workforce,” Wade says. “When girls see a study somewhere about men being statistically better at math or spatial reasoning, they jump right to the conclusion that the odds are against them.”

Men and women score equivalently on tests of raw intelligence quotient points, with some studies showing women scoring slightly higher. When it comes to mathematics—a core requirement for science and engineering—women score on average only 32 points lower than men on the Scholastic Aptitude Test—a mere 3 percent difference, all according to a 2013 study by the College Board.